Paramount Group provides UAE with next generation of armoured vehicles

By Saltanat Boteu in Business on 27 February 2019

ASTANA – The United Arab Emirates (UAE) announced the acquisition of Paramount Group’s armoured personnel carrier, the Mbombe 4×4, Feb. 17 at the International Defence Exhibition in Abu Dhabi. The Mbombe 4×4 draws on the heritage of the Mbombe 6×6 and 8×8, which are tested and produced by the company’s joint venture Kazakhstan Paramount Engineering (KPE). 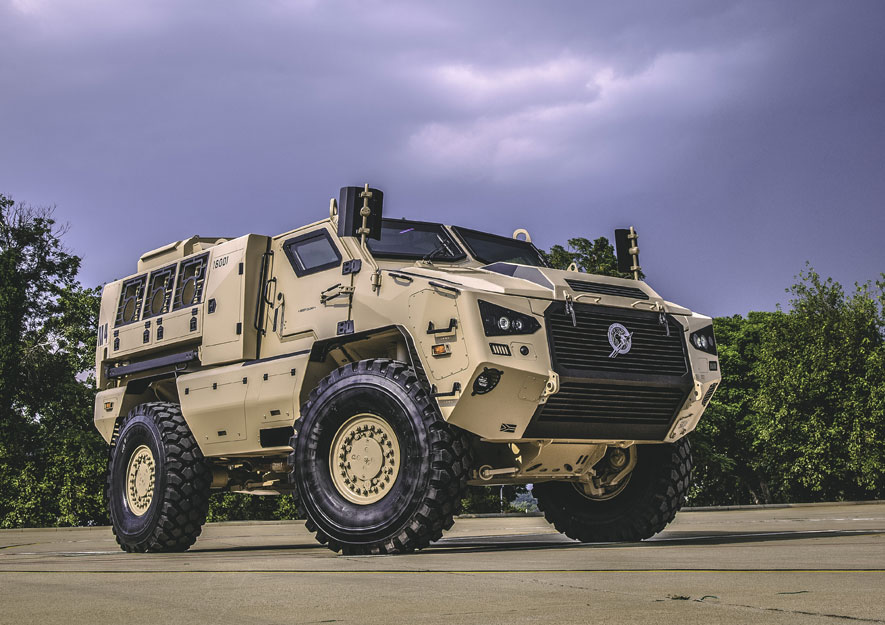 “The United Arab Emirates is one of the most sophisticated procurement markets of defence equipment in the world… We are dedicated to developing advanced defence capabilities and next generation technologies which will support our regional partners,” said Paramount Group’s Founder and Executive Chairperson Ivor Ichikowitz, reported paramountgroup.com.

Production of the Mbombe 6×6 mine-protected vehicle, currently manufactured and in service in Kazakhstan, started in 2011. KPE produces the model under the name Barys 6×6. The Barys 8×8 (Mbombe 8×8), the next generation of armoured vehicles also made in the country, was launched in 2016. The Mbombe 4×4 completes the Mbombe family of combat vehicles.

More than 70 percent of the vehicles’ components are shared among the three models, ensuring efficient training and logistics and saving expenses on maintenance and operational support. The carriers can be manufactured in customer countries according to Paramount Group’s proven portable manufacturing model used in Azerbaijan, Jordan and Kazakhstan.

“Mbombe 4×4 was designed and developed specifically for local manufacturing in customer countries in response to specific market requirements. Paramount specialises in the creation of portable manufacturing facilities through technology and skills transfer, resulting in new local capabilities and sustainable jobs proven to not only benefit local defence industrial capabilities, but economic diversification and growth,” said Ichikowitz, reported defenceweb.co.za.

The vehicle has a burst speed of 140 kilometres per hour and can operate in winter conditions of -20 Celsius to desert conditions of +55 Celsius. The carrier’s 16-tonne payload is approximately three tonnes, encapsulating weapon systems, ammunition, crew and supplies.

The Mbombe 4×4 is designed for protection in conventional and asymmetric warfare, counterterrorism and peacekeeping missions. It accommodates a wide range of payloads and turrets. The on-board mission computer and interface system can integrate with both Western and Eastern-made weapon systems.

The Paramount Group is a global defence and aerospace company based in South Africa since 1994. The company has more than 3,000 employees working with governments across the world and manufacturing in Africa, Asia and the Middle East.