By Zhanna Shayakhmetova in Central Asia on 22 February 2019

CASA has members from Uzbekistan, Kazakhstan, Kyrgyzstan, Turkmenistan and Tajikistan.

“When you are abroad, country borders are washed away and you feel closer to each other because you speak similar languages. That is what happened when we have met with Dias, my brother from Kazakhstan for the first time. We became even closer when we realised that we have similar problems: majority of people in South Korea do not know anything about our countries, we missed our food, music, and needed a platform to network. That is how the idea of an organisation came up. Koreans usually see us with what stereotypes they have towards our countries and cultures,” said Mansur Babajanov from Uzbekistan in an interview for this story.

Babajanov and his friends gathered a team of 10 people.

“The word Casa has become a global term meaning ‘home’ so we named our organisation as CASA to provide the feeling of warmth and support of our home – Central Asian land,” he said referring to the Spanish word for house. 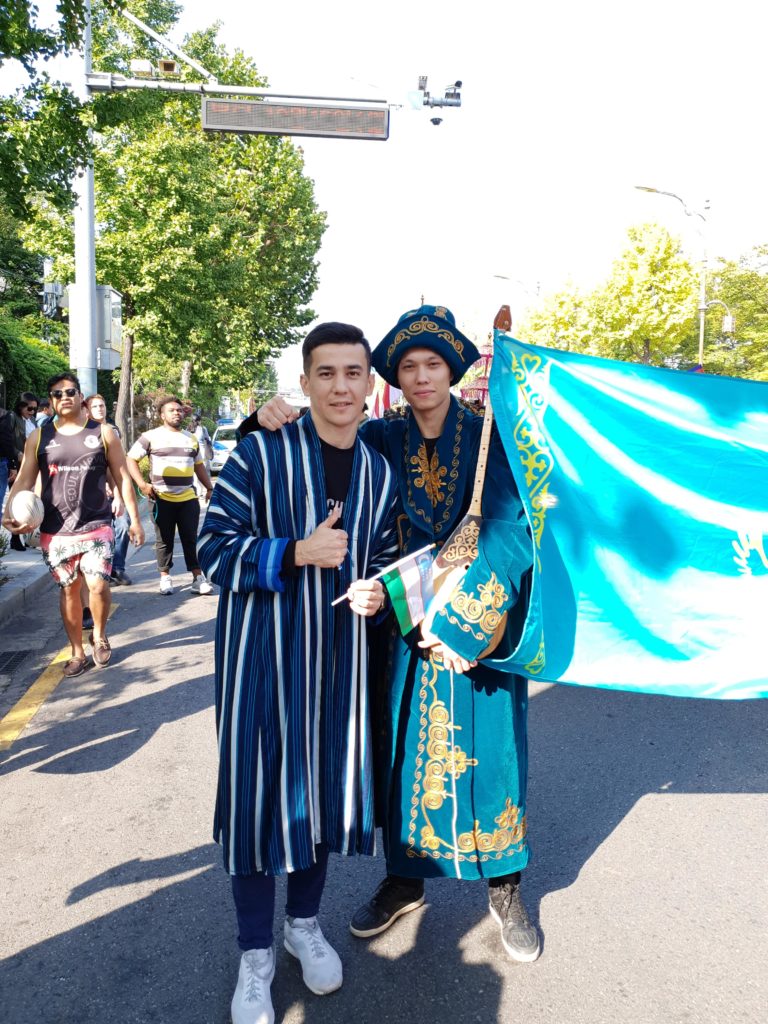 Kazakh native Zhanar Yegisbekova recalled the first event in September. They had no sponsors and organised it on the rooftop of an Uzbek café.

“Even though we had planned every second so scrupulously, we did not know what to expect from the audience. We tried to make the event warm, without official speeches and ‘serious faces.’ Our guests could feel the atmosphere and we have earned their trust and respect. We had to clean the place by ourselves. We asked the café to permit us to cook plov (a traditional Uzbek dish). Sardor aka (senior) from Uzbekistan did it. It was even tastier than in any restaurant,” she said.

Some 80 people joined the inaugural party and the number of participants has since increased to 120. Now companies have more interest in the organisation.

“We even had to choose among several sponsors for our last New Year party event,” said Makhfuza Baykarayeva from Uzbekistan. “We have more cultural performances and dances. We have two core goals at our events – to create a platform to chat and enjoy home atmosphere for our people in South Korea and to share our rich culture with our international friends. So authentic Central Asian food, national performances, our music and dance are the key elements of our events.”

This year, the association plans to organise the Nauryz celebration, Ramadan, CASA Anniversary in August, and Central Asian Youth Forum in December. The celebration of independence days of each CASA countries is also scheduled.

Feruza Buranova is interested in doing charity work related to education and connected to Central Asia. She sees more opportunities in participating in the association’s activities.

The events are held in English as they welcome friends from other countries. 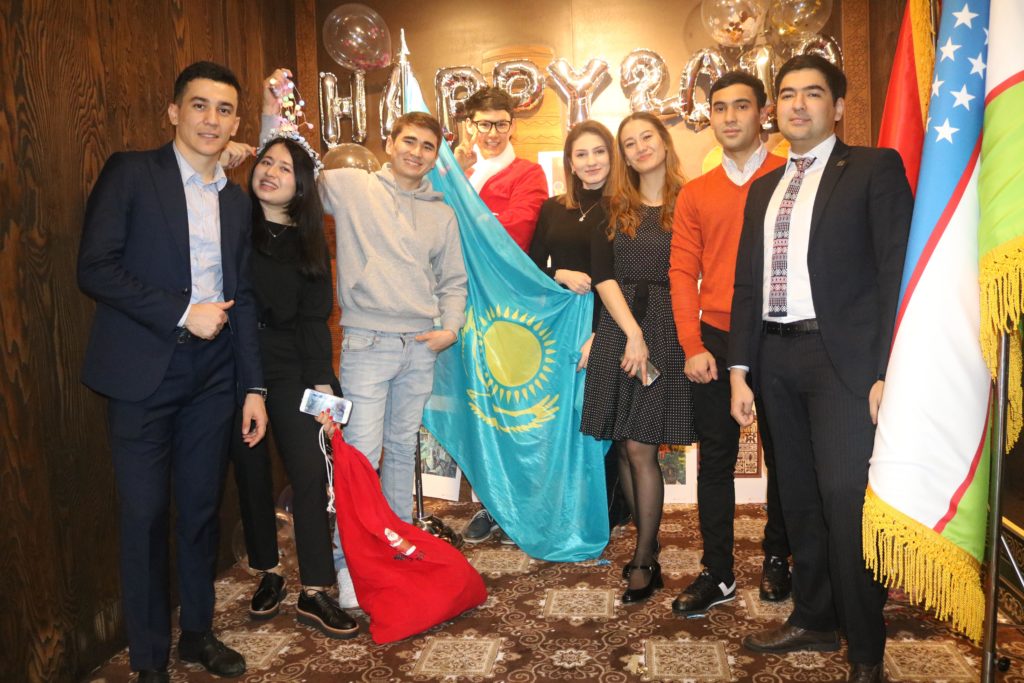 “However, during our team meetings, each member of CASA talks in their own language and we understand each other well. The only thing I do not understand is why Uzbeks call Ayaz Ata (Santa Claus) Kar Bobo,” said Dias Shakubayev with a smile.

Team members said they were able to overcome the stereotypes they had about each other.

“I always thought that Uzbek plov and samsa (a meat pastry) are the best and was so surprised when tasted plov and samsa cooked by Alim aka from Turkmenistan. Also, we thought that Kazakh people are always late. But actually, Zhanar could not break this stereotype yet. In general, there is much to learn from each other and that’s the power of CASA,” said Cholpon Kozhoiarova from Kyrgyzstan.