By Saltanat Boteu in Tourism on 22 February 2019

ASTANA – Kiin-Kerish Valley and Shekelmes Cape in the East Kazakhstan region are famous for their red, orange and white-coloured landscapes that resemble the surface of the moon. Although the destinations are not easy to reach, their astounding views attract many tourists and travellers.

Kiin-Kerish Valley, located 120 kilometres from Kurshim village, occupies an area of approximately 300 hectares. The valley is a puff of tertiary clay, eroded by water and wind; unimaginable in its beauty and originality, it is called the Spirits Valley. From a distance, the red clay cliffs look like flames tearing in the wind, giving the cliffs the name Burning Rocks, reports 3d-maps.kz.

The canyon landscape is stunning in its diversity. It includes plains, salt spots and stripes of meadow vegetation adjacent to dried streams that disappear in summer.

Although it is a desert, rare animals such as Eurasian eagle owls, falcons, steppe eagles, golden eagles and Pallas’ sandgrouse inhabit the area. Unusual insects including scorpions and huge crickets can also be found.

According to Kazakh geologist Viktor Filippov, the valley includes five floristic horizons and four subtropical forests with bone remnants of the fauna of ancient vertebrates such as rhinos, crocodiles, turtles and salamanders. It also contains the remains of thermophilic palms, araucaria and magnolias. The saturation of these remnants and diversity of continental deposits at Kiin-Kerish Valley have no equals among similar natural monuments in Asia and Europe, reports e-history.kz.

The optimal trip to the valley takes three-four days by car, the first and last partially on the road. It is difficult to find it without a guide, since there are no signs and it is located in lowland like a funnel or volcano crater. As there is no drinking water in the valley and its climate is unpredictable, it is better not to stay for the night. 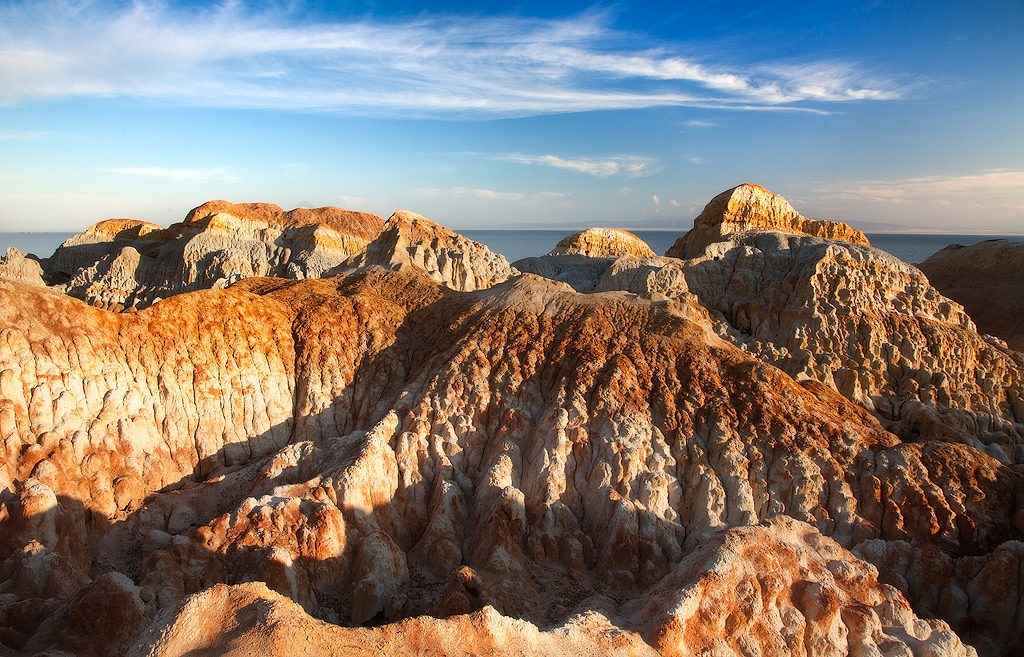 Shekelmes Cape, another unique natural monument, is located 20 kilometres from Kiin-Kerish Valley. It is a micro analogue of the valley and, according to geologists, was formed by a meteorite. Because of the collision, the lower layers of the earth came to the surface, forming an unusual landscape. Pelicans, cormorants and rare species of animals like gyrfalcons, bustards, black-sprouted specks and desert shrikes inhabit the area.