By Malika Orazgaliyeva in Business on 6 February 2019 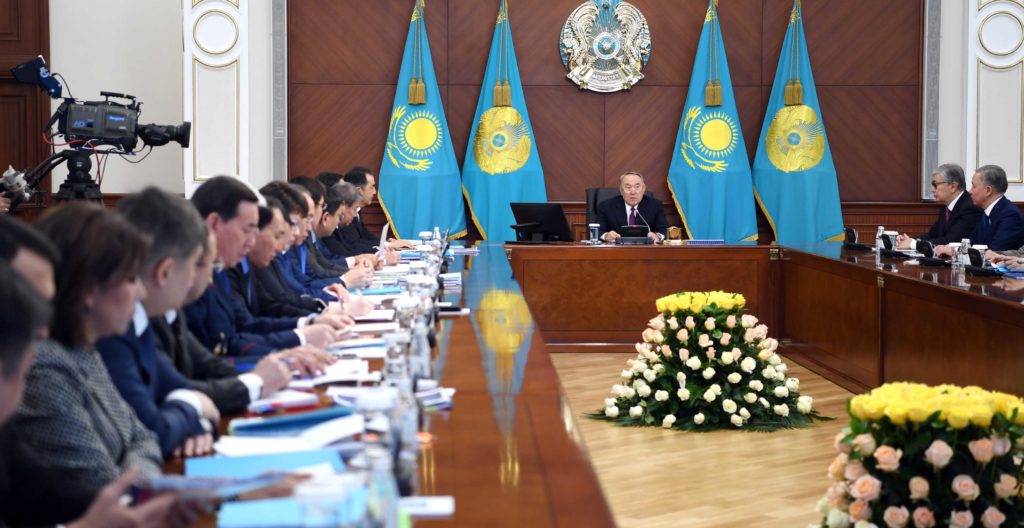 “GDP [gross domestic product] grew four percent, and 70 percent of growth was provided by the manufacturing sectors. The assets of the National Fund at the beginning of 2019 amounted to $61.6 billion. The unemployment rate is at a safe level of 4.9 percent” Dossayev reported.

Nazarbayev noted the positive 2018 outcomes and said they resulted from good work by the government, the National Bank and regional akims.

“The newly appointed Minister of Foreign Affairs Beibut Atamkulov was given the authority to synchronise the work of all levels, beginning from the Kazakh representations abroad to local administrations (akimats). This is a common task of the entire government,” the President said.

Nazarbayev also said large companies from Japan, the United States and Germany sometimes leave Kazakhstan because the country lacks government systems to support those companies. He urged all branches of government to work together to retain foreign investment.