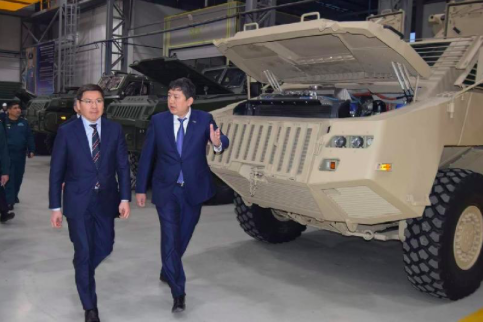 Notably, KPE began expanding its land, maritime and aerial production line in September, given that its Astana factory had quickly become one of the world’s most advanced military equipment factories and part of global defence and aerospace company Paramount Group’s global supply chain. The factory’s increased production capacity allows it to serve both domestic and international demand, meaning that Kazakhstan is becoming a more competitive exporter in the global defence and aerospace industry. For example, KPE currently produces the Arlan 4×4, a localised version of Paramount Group’s Marauder 8×8 used by defence and peacekeeping forces worldwide and will become one of the primary production vendors of the Marauder 8×8 in global sales.