By Dilshat Zhussupova in Sports on 2 February 2019 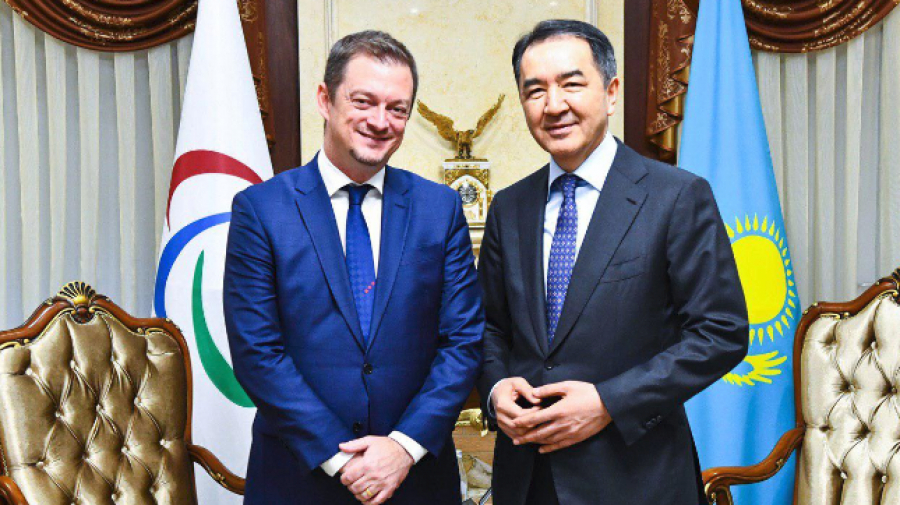 He began his visit at the capital’s Paralympic Training Centre, which was opened in July as part of the Tugan Zher (Motherland) state programme and is furnished with special sports equipment and facilities for people with varying degrees of ability.

“I have visited many centres in the world and few places have such beautiful facilities as your training centre for para-athletes and people with disabilities. Here, everything is built according to international standards for accessibility,” he said upon inspecting the centre. 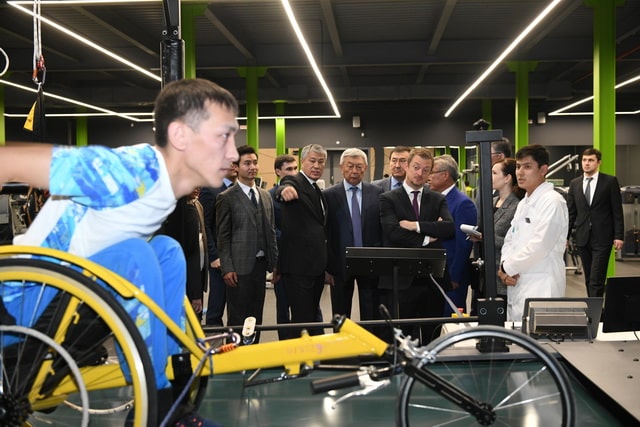 “In my view, a country succeeds when it pays great attention to protecting the rights of people with disabilities,” said Parsons at the Jan. 30 meeting. “This visit is important for us, to support the National Paralympic Committee, parasport, para-athletes and infrastructure development. Kazakhstan is an important partner of the IPC, and it is this kind of support that leads to excellent results for your athletes.”

“Paralympic sport is the most striking way to prove to people that, despite the difficulties in life, people can make a significant contribution to their country’s development,” Astana Akim (Mayor) Bakhyt Sultanov told Parsons at their Jan. 31 meeting. “There is no greater pride than when the flag of Kazakhstan is raised at international competitions in which people with disabilities participate.”

On the second day of his visit, Parsons and Prime Minister Bakytzhan Sagintayev discussed the 2019 World Para Powerlifting Championships, to be hosted by the capital July 12-20, and Paralympic sports development in Kazakhstan more broadly. The former is an event organised by the IPC every four years, in which athletes with physical and intellectual disabilities compete. It will be an important stop for para-athletes’ qualification pathway to the 2020 Tokyo Paralympic Games.

Founded in 1989, the IPC is the global governing body for the Paralympic Movement and organises the Paralympic Games. It seeks to promote Paralympic values and create sports opportunities for people with disabilities, from beginner to elite level.