By Dilshat Zhussupova in Tourism on 27 February 2019

ASTANA – Approximately 8.49 million people visited Kazakhstan in 2018, which is 10.2 percent more than in the previous year, said Kazakh Tourism national company chairman Rashid Kuzembayev in a Feb. 22 interview with Primeminister.kz. 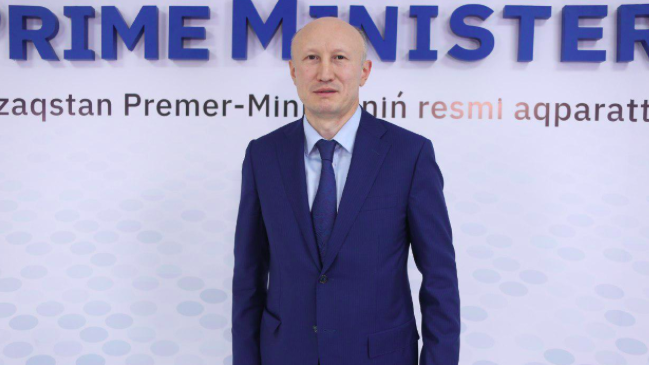 In an Oct. 5 state-of-the-nation address, Growing Welfare of the Kazakh Citizens: Increase in Income and Quality of Life, Kazakh President Nursultan Nazarbayev tasked the government with developing a state programme on tourism development. Kazakh Tourism’s programme will begin operating in three to four months, and the draft law on tourism will be submitted for review by the Kazakh Parliament within six months.

“The adoption (of the draft law) will enable the systematic promotion of Kazakhstan as a new tourist destination on the world tourism map,” said Kuzembayev on plans to increase inbound tourism.

Kazakh Tourism seeks to become the country’s brand manager and hopes to involve the public, local executive bodies, businesses, Atameken National Chamber of Entrepreneurs and the Kazakh ministries of culture and sports, foreign affairs and information and communications in tourism development.

Promotion will primarily target the demographic cohorts Generation Y and Z, who often shape today’s trends in travel, on digital platforms, he said.

“At the second stage (of the promotion strategy), the focus will be on advertising key tourism products,” the chairman added. “The third stage involves working with high-potential markets and target countries.”

Tourist areas prioritised for promotion include the lakes Alakol and Balkhash, the Almaty mountains, the resort zones of Bayanaul, Imantau-Shalkar and Shchuchinsk-Borovoe as well as the Mangystau and Turkestan regions.

“In 2018, we organised a visit from popular Chinese bloggers with more than 100 million followers,” said Kuzembayev on recent Kazakh Tourism initiatives. “The bloggers visited tourist destinations in Astana, Shchuchinsk-Borovoe resort zone, Almaty and the Almaty, East Kazakhstan and Turkestan regions. Their posts were read by more than 150 million readers.”

“Dimash performed concerts in Kazakhstan, which his fans [from Kazakhstan and overseas] planned to attend in advance, and tourists were able to visit Kazakhstan’s cities as part of his promotional tour,” noted Kuzembayev.

Additional Kazakh Tourism initiatives include producing the Tourist Map of Kazakhstan with the Kazakh Ministry of Culture and Sports and regional akimats (administrations), supporting Kazakh business participation in international tourism exhibitions and conducting expeditions across the country.