By Aidana Yergaliyeva in Business on 11 February 2019

ASTANA – San Mir Astana represents a group of companies that at first glance have little in common. While one deals with repairing and rehabilitating oil and gas pipelines, another is in agroindustry producing organic crops and products, particularly Aport apples. 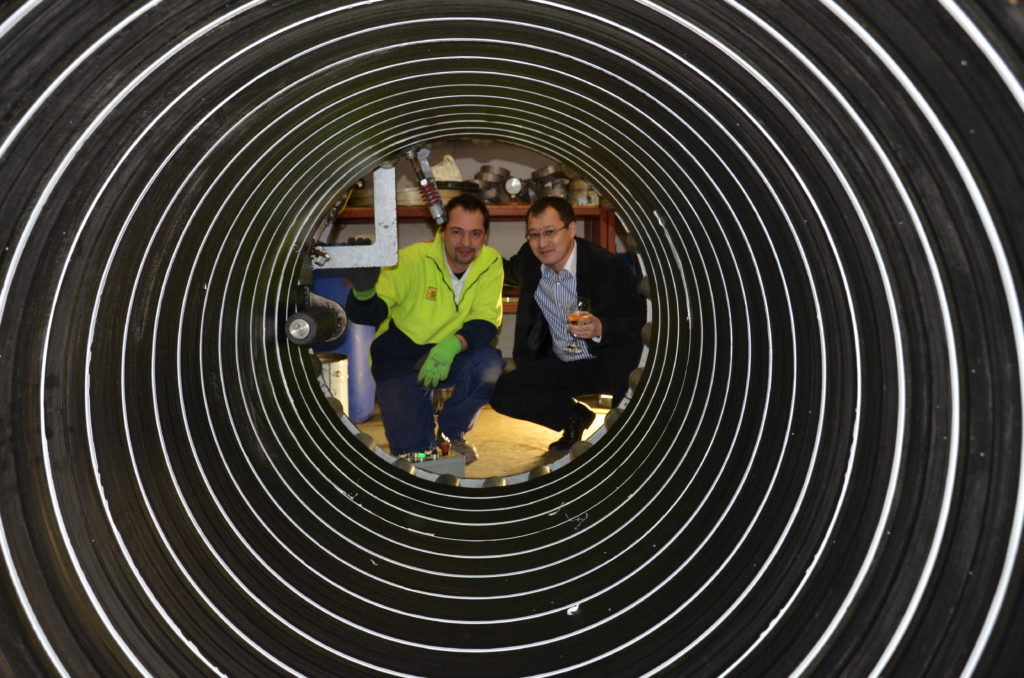 “The ideas we use in one field, we can apply [to another] and create a synergy,” company chairperson Yermek Beisembayev explained the unusual combination in an exclusive interview for this story.

San Mir Astana began its business as a commercial construction company in 2005. A little later, the company drastically changed its direction to what it represents today due to a severe economic decline during those years. Since then, it has been positioning itself as a reliable firm by using the most modern technologies offered by leading engineers in Australia, Germany and Japan. 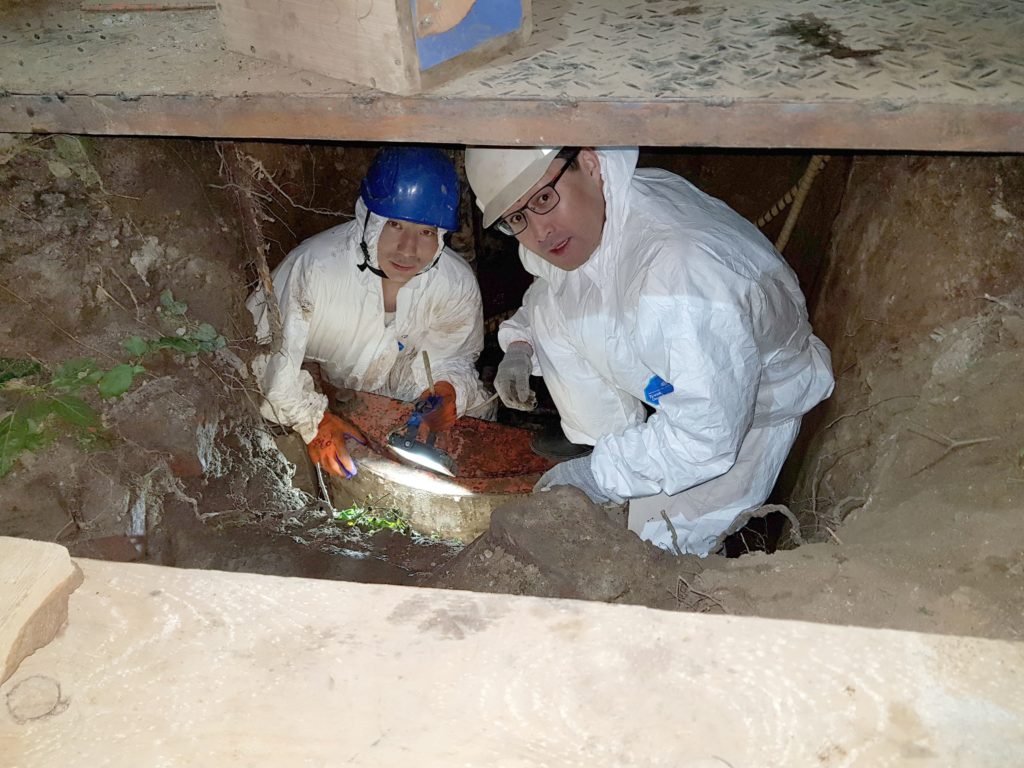 “What we achieved in repairing and restoration (rehabilitation) of pipelines is installing a new tube inside the old tube and, thereby, the old tube is restored (rehabilitated) without changing the external infrastructure. That is ‘no dig’ technology. We have mastered horizontal directional drilling and tunnelling; that is, laying all types of underground communications,” he noted.

When one wants to introduce new technology, merely transferring tools, machines and engines is not enough. Transferring knowledge, experience and skills along with the tools is far more important. To achieve the smooth transfer of such technologies, one would need a minimum of three-five years and “invest a lot into people,” he added.

In its early years, San Mir Astana used 3,000-5,000  working hours of foreign engineers per year to educate local ones. Learning the technique of using underground robots to inspect pipelines, for example, is an approach that justified the expense.

In the last few years, periods of sharp tenge devaluation pushed the company to cut the number of foreign workers, as their input increased the cost to customers. San Mir Astana needed to rely on the newly trained engineers to work with the robots, which lowered costs while maintaining high quality service. 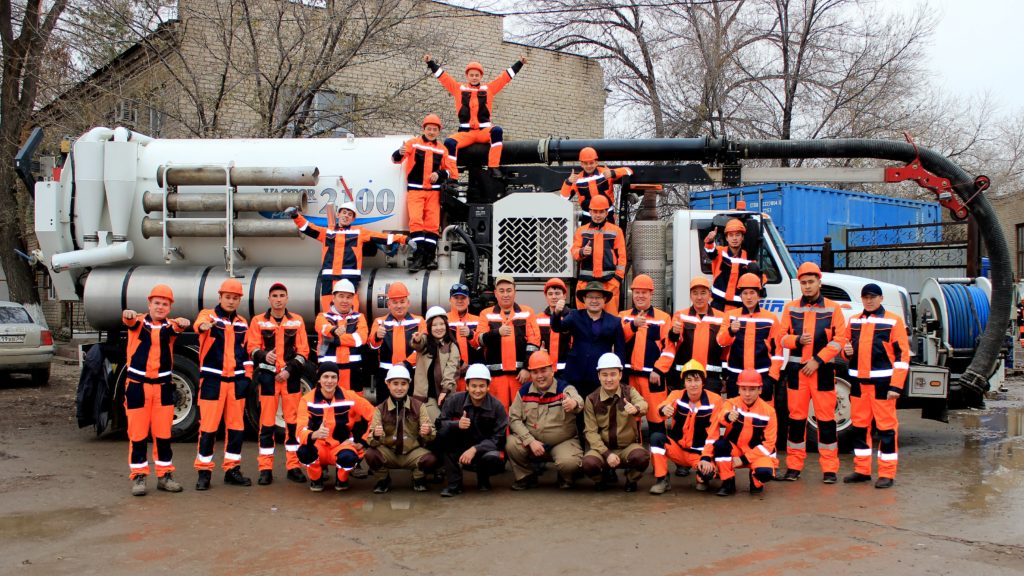 “We understand that we took a risk, [but] we analysed the risk thoroughly and minimised it… Before, if we were afraid of touching that kind of robot, we invited only German and Japanese engineers to deal with them and for the engineers to repair them for us. Then, devaluation helped us to do them ourselves, as we had no other choice,” said Beisembayev.

“Business is an art in its own way. We have several directions. It is kind of a diversification  because the relevance of one business has a certain cycle and any direction that you develop is connected with personnel, i.e. with people. In other words, it is you who trains one set of staff. During a certain time period when you don’t have orders, you have to tell them ‘That’s it, guys. Now, we don’t work. Goodbye! We are waiting for new projects. When we have projects, then we will meet with you.’ But these are living humans and we can’t tell them that, so we do this diversification,” he added.

Responding to current market demands, San Mir Astana’s next plan is to develop a service centre that will essentially be a pipe rehabilitation ambulance. The first such centre should launch in Atyrau this year and the company has ambitions to repair pumps on the entire Caspian region. To develop the centres, it plans to cooperate with Hydro, the U.S.-based firm and leader in the centrifugal engine and pump repair field. The relevant agreement was signed in 2014. 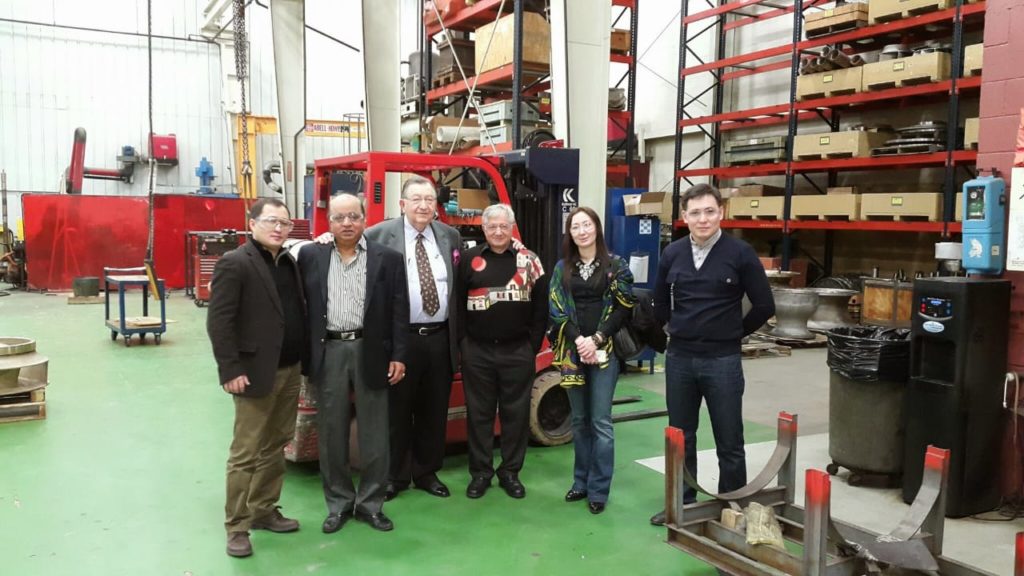 In a desire to make its business as ecologically friendly as possible, the company has started developing a low-energy gas engine that is also a cheaper alternative to the traditional model. Since the engines generate heat as a by-product, the solution was to set greenhouses next to them and create a win-win deal with local entrepreneurs.

San Mir Astana’s first foray into organic crop production includes a desire to revive the past glory of Almaty’s Aport apples, famously known for their large size and rich taste. One of the biggest Aport apples measured 1.9 kilogrammes.

“We have a modern apple orchard. The level of automatisation of the orchard is approximately 70 percent. In an entire orchard, on 20-30 hectares, there are only four people working… We try to automate the processes to the maximum and we use engineers for that… With the population number, Kazakhstan is destined for automation,” said Beisembayev.

Under the brand name Almaty Bio Garden, the company collected 30 tonnes of apples last year in its first harvest. The apples did not make it to the Kazakh market, however, as they were used to introduce Aports to potential clients in other trading centres.

“The harvest will increase in the first five years with geometrical progression. According to our estimates, we should reach our first 1,000 tonnes by 2023,” he added.

The business will not limit itself to generating bigger volumes, as the company will soon produce apple jams, chips and fresh juices.