By Dilshat Zhussupova in Nur-Sultan on 20 February 2019

ASTANA – The capital’s first gastronomic market will be built in the second quarter of 2019, reports the city akimat (administration). 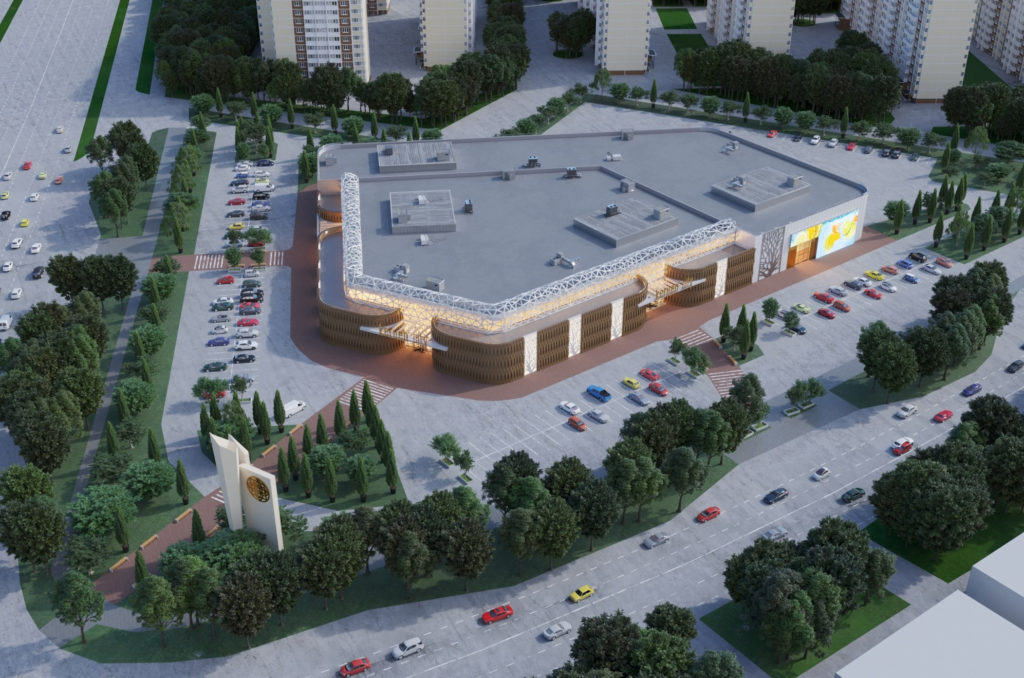 The Keruen Global gastronomic market will be located at the intersection of Shabal Beisekova Street and Shaimerden Kosshyghuly Street. The 7,900-square-metre building will be primarily devoted to the sale of fresh food and products from Kazakhstan and Commonwealth of Independent States (CIS) countries. It will feature a farmer’s market, bakery, kiosks and seven-hall cinema on the first floor and a fast food area, hardware and electronics store, children’s entertainment centre and office space on the second floor. The space will also allow for the filming of television programmes on nutrition. Outdoors, the territory will have 350 automobile parking spaces, bicycle parking spots and pedestrian and recreational areas.

A construction agreement was signed April 27 by the Saryarka district akimat, Astana Social Entrepreneurial Corporation (SEC) and Keruen Global. The market will create 1,500 jobs in the city.

“The project will provide the city with a new conceptual vision of markets, where there is a greater focus on fresh, high-quality products and a wider choice of cuisines – a distinctive feature of the market will be its focus on organic, farm products,” said an Astana SEC representative, adding that open-air concerts, seasonal fairs and gourmet festivals with local farmers will be organised on the territory of the unique market.

Keruen Global operates Moscow’s gastronomic market Danilovsky Market, which includes eateries such as a Dagestani dumpling shop, a Vietnamese pho-soup kitchen and a French crepe bakery. The market features its own laboratory, where food products are examined before sale for diseases such as anthrax, actinomycosis and tuberculosis. Astana’s market will operate a similar laboratory and will be designed by Moscow-based company Zemskiy Group.