By Dilshat Zhussupova in International on 27 February 2019

ASTANA – The public sector must keep up with private sector innovation, concluded speakers at the Feb. 10-12 Astana Civil Service Hub (ACSH) conference on Civil Service in the Post-Soviet Countries: Challenges, Prospects and Benchmarking during the seventh World Government Summit (WGS) in Dubai.

“The private sector strives to provide the best services to customers to attract them, while the government and public sector tend to think that customers will always need them,” said United Arab Emirates (UAE) Minister of Cabinet Affairs and the Future and WGS Chairman Mohammed Abdullah Al Gergawi at the gathering of government officials and international experts from more than 15 countries. “It’s time for governments to reinvent their business model.” 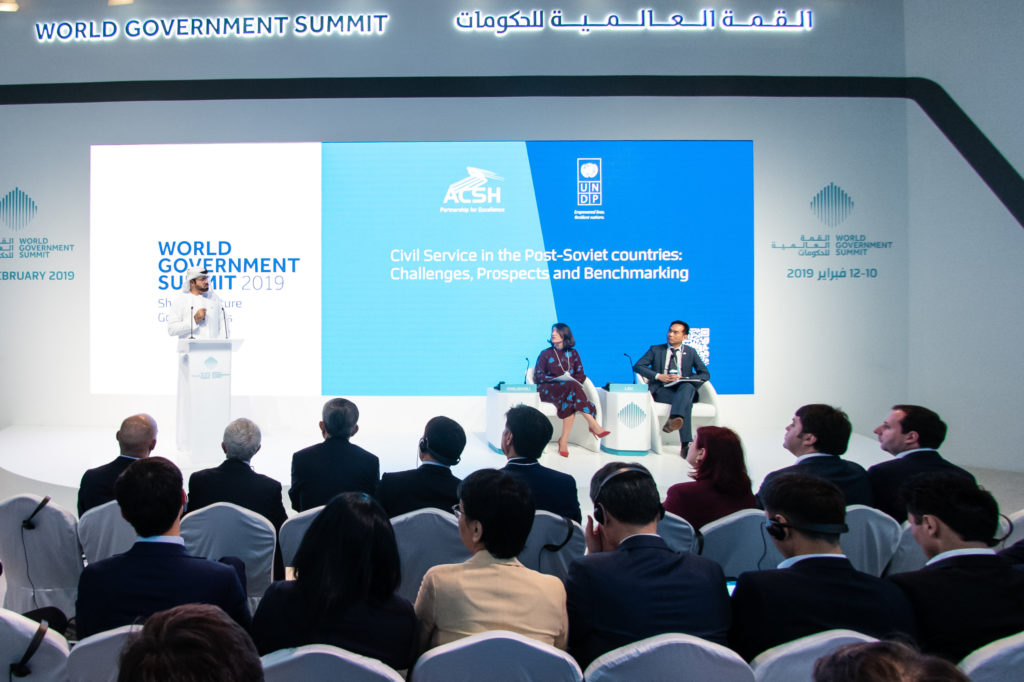 “Citizens are more informed than ever before and have the opportunity to compare and assess solutions applied in other countries,” he said. “All this inevitably raises citizens’ expectations and changes the very character of government-citizen relations.”

ACSH, a 2013 initiative of the Kazakh government and the United Nations Development Programme, is a platform for the continuous exchange of knowledge and experience in civil service development. It aims to support governments in fostering partnerships and capacity building.