Cargo transportation between Kazakhstan and China increased 38 percent in 2018

By Staff Report in Business on 6 February 2019

ASTANA – The volume of transportation between Kazakhstan and China was 13,979 tonnes and increased 38 percent in 2018 compared with 2017, according to an announcement at the Jan. 28 meeting of the Kazakhstan Temir Zholy (KTZ) delegation and Urumqi Railway company in Urumqi. 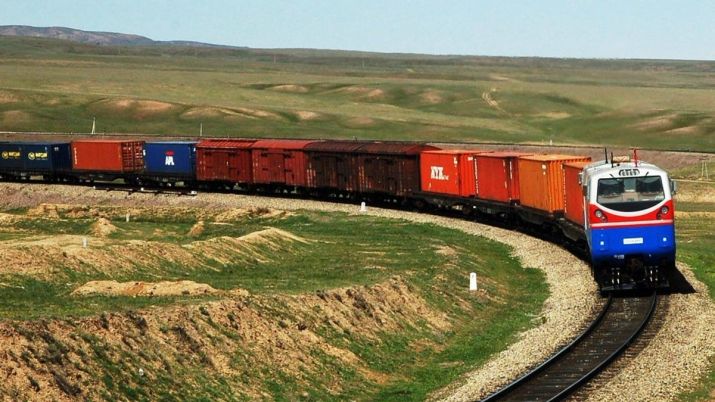 Some 8,500 tonnes of cargoes were transported from Kazakhstan to China, which is 54 percent more than in 2017.

“The representatives of Kazakh and Chinese railway administrations approved the projected traffic volumes of more than 15,700 tonnes of cargo in 2019 during the meeting. It was agreed to transport grain cargo in the big bags and specialised wagon trucks with rearrangement of wheel sets and containers to/through the Alashankou and Khorgos stations and vegetable oil in tank cars of up to 500,000 tonnes from Kazakhstan and Russia to China through the Alashankou-Dostyk border crossings with rearrangement of carriages at the Dostyk station,” reported the press service of KTZ.

The 280,000 tonnes of gas pipes will be transported from China to Kazakhstan starting from February. 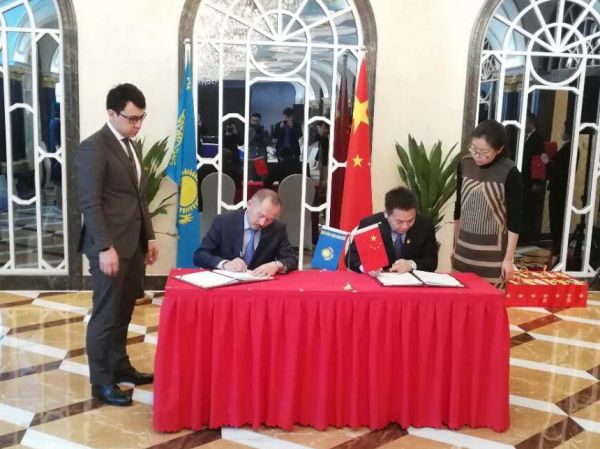 “Joint measures help to increase the volume of cargo transportation by rail through our border crossings with China. It also creates opportunities for the effective functioning of a single railway space in the Eurasian region,” said First Deputy Chairman of Kazakhstan Temir Zholy Kanat Almagambetov.

Earlier, the company reported that more than 400 trains were shipped from the Bolashak, a border station with Turkmenistan, in the Mangystau region, which is two times more than in 2017. The goods including wheat, flour, barley, oats and lentils are exported to Afghanistan, Iran and Turkmenistan

Freight traffic runs through the Bolashak-Serhetyaka sections, which is part of the transnational railway corridor connecting Kazakhstan, Turkmenistan and Iran. This route provides access to the sea routes in the Gulf region.

The transit container trains on the Altynkol-Bolashak-Serkhetyaka-Akyaila route also run through the Bolashak border station. Motor vehicle parts, electronic equipment and household goods are transported along the route.