By Staff Report in Business on 20 February 2019

ASTANA – An autonomous robot cleaner designed to clean large premises and industrial and commercial facilities was presented Feb. 4 at the Nursultan Nazarbayev International Airport in the capital. The inventor, a start-up company from Yakutia, Russia, has signed a contract to supply 100 robots to Kazakh companies. 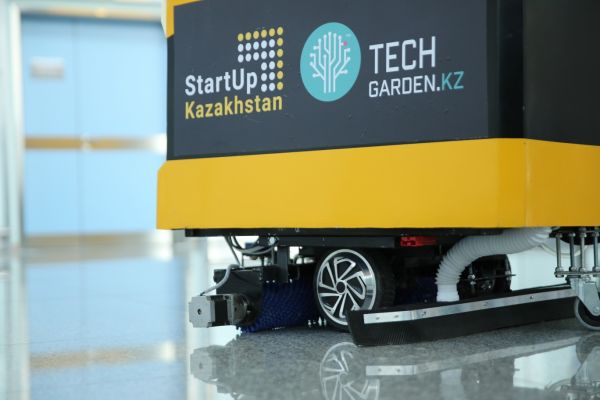 Kazakh officials and Yakut partners are working out the issues related to establishing industrial production of these robots in Kazakhstan.

A fully self-contained robot washes floors and independently navigates in space without human intervention, bypassing people, walls and other obstacles. The robot consumes water economically cleaning it in the internal tank for reuse.

Elements of artificial intelligence (AI) introduced into the control system allows several robots to interact in the same room without interfering with each other. When necessary, the robots themselves go to the base to replace the battery and water.

The robot was developed by scientists and students of the Maxim Ammosov North-Eastern Federal University and is being assembled in the workshops of the Yakutia Technopark State Autonomous Institution. The Yakut start-up cooperated with Tech Garden Kazakh Autonomous Cluster Fund. 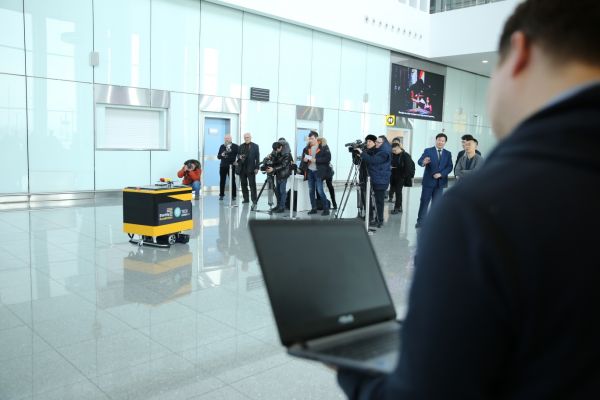 “By participating in Tech Garden’s three-month accelerator, we, firstly, got a lot of new knowledge and were able to bring our robot to the stage ready for industrial assembly. Secondly, we found customers and partners in Kazakhstan. The first robots were presented today at the airport,” said the start-up’s co-author Nikolai Potapov.

The Autonomous Technologies Startup (resident of the IT-park of Yakutsk) was attracted to Kazakhstan as a part of the Startup Kazakhstan programme, which aims to support Kazakh companies and attract foreign start-ups to create a critical mass of technology companies in Kazakhstan.

“With the support of the Kazakh Government, a full-fledged ecosystem was formed around the Tech Garden cluster and an effective stream of start-ups from the Commonwealth Independent States’ countries was established. Today, we are seeing a real case, when the promising Yakut start-up is transformed into a successful Kazakh high-tech company. The company is registered and pays taxes in Kazakhstan, becoming a full-fledged participant in the country’s economy,” said Tech Garden’s Chief Executive Officer Sanzhar Kettebekov.