By Aidana Yergaliyeva in Business on 15 January 2019 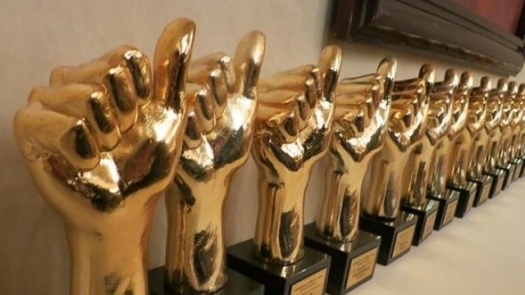 Both launched their businesses in the 1990s and have used innovative technologies to expand. They also have participated in state support programmes, such as the Business Roadmap 2020. They were also nominated for the 2017 list of the nation’s 100 New Faces, who personify success.

Sharapayev is a businessman from Petropavlovsk. His father Anatolii Sharapayev started the Firma Raduga company that only distributed goods to households. Then, his two sons, Dmitry and Pyotr Sharapayevs developed it into the Raduga people are familiar today, which is a large enterprise that produces goods using 65 percent of local products.

Dmitry Sharapayev studied management in the Moscow Institute of Business. He began his career as a carpenter at the Bishkul poultry factory, then became a gas and electric welder and worked as a salesman in a shop. Under his vision, Raduga has grown from a small family business into a big goods producer and distributor in the country with an annual turnover of 10.5 billion tenge (US$27.74 million). Raduga provides 1,500 people with permanent jobs.

The company distributes food supplies and household goods from leading manufacturers from Kazakhstan, Russia, China and Europe, as well as produces its own products. It has its own same-name supermarkets chain with a large assortment of recycled goods giving second life to plastics. Usually, they produce pots, buckets, hangers. Recycling plastic put them on the map as a socially responsible company and they won the “contribution to the environment” category at the Paryz national contest.

“We have always understood that, although we work for profit, money is not the main thing, not everything is measured by money,” said Sharapayev. “We strive to ensure that employees, partners and customers of the company feel part of a large friendly family. We always find an opportunity to provide assistance to those who need it. We help large families, orphans, we are sponsors of children’s entertainment in the city and region, and we care about environmental protection.”

Maishev, before getting involved with Zhas Kanat 2006 smart poultry factory in Rudny, held positions of a director in similar enterprises, such as Daulet M and Altyn San Kuz between 1998 and 2006. In 2006, he acquired Zhas Kanat 2006 and has pushed it through three stages of modernisation under the Business Roadmap 2020. He installed infrastructure and purchased high-tech equipment, such as Japanese Nabel’s equipment.

Maishev’s leadership automated almost all stages of production processes, including the system of electronic weighing of raw materials, the mixed fodder preparation process, modern cellular equipment with automatic systems, the transportation of eggs to the sorting shop, the modern sorting machine and the automatic poultry slaughter line.

The automation of the processes increased the production of eggs from 7 million to 250 million per year, meat production from 30 tonnes to 500 tonnes. Poultry production increased from 100,000 to 1.4 million tonnes. Labour productivity has grown by more than 1.5 times. In an eight-hour working day, Zhas Kanat 2006 transports and packs up to one million eggs.

Their products are sold throughout Kazakhstan and exported to Russia, Afghanistan, Tajikistan and Kyrgyzstan. They also plan to expand to the Iranian and Chinese markets.