By Saltanat Boteu in International on 24 January 2019 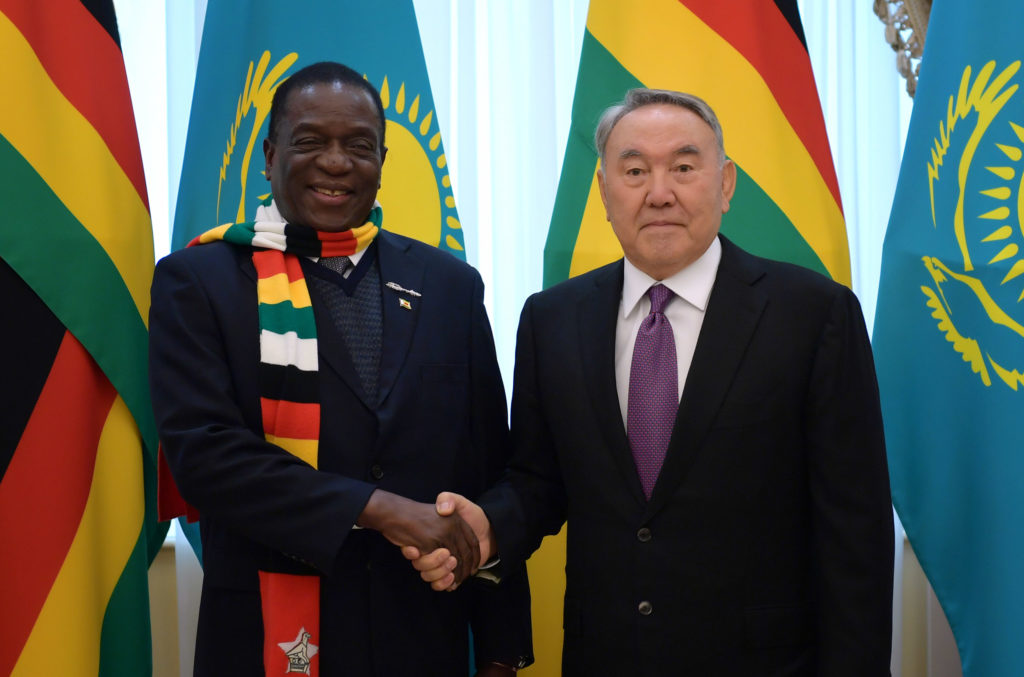 The delegation visited Kazakhstan as part of official visits to several Commonwealth of Independent States (CIS) countries, including Azerbaijan, Belarus and Russia.

“This is our second president after independence. Naturally, with every change, there is also a change in focus. Our new president is focusing on economic development to get to the level that you have here in Kazakhstan. Therefore, he is looking at partnerships with any country in the world that is willing to doing business with Zimbabwe,” said delegation member and Ziana News Agency Editor Rangarirai Shoko in an interview with The Astana Times.

“We are looking to develop partnerships, especially with fellow developing nations like Kazakhstan,” he added.

“We had meetings with business people here. We identified many areas for cooperation; for instance, agriculture [including] technical aspects of agriculture like mechanisation, irrigation and machinery. Kazakhstan is also developed in the power industry. We also have discovered some oil and gas and road and rail construction,” he said.

The countries have many similarities that create common ground.

“Kazakhstan is strong in agriculture. This is the main industry in Zimbabwe as well. Also, it is mining. In fact, it is easier to count the number of minerals that we do not have than those we have. There are over 50 of them,” said Shoko.

“The country remains largely unexplored in terms of mineral resources. There’s one Kazakh company that does mineral exploration via space. They expressed interest that they could possibly come to Zimbabwe and help us explore our mineral resources,” he added. “Also, there are Kazakh companies that are already working in Zimbabwe.”

During the presidential meeting, Nazarbayev emphasised its historical significance for the countries’ relations since establishing diplomatic ties in 1992.

“Today’s meeting has historical significance in the process of strengthening relations between the two countries, as well as between the regions of Central Asia and South Africa,” he said.

The President also noted the potential for cooperating to modernise Zimbabwe’s transport and logistics network and implement joint processing projects.

“On many key issues on the global agenda, our views coincide. We appreciate support from Harare for Kazakhstan’s international initiatives,” he said.

“Zimbabwe is at the stage at which Kazakhstan was 20 years ago. We need to learn from a friendly country how it built its economy over 27 years. We admire your achievements and strive for a similar path of development,” he noted.

He noted the importance of developing Zimbabwe as a transport and logistics hub for South Africa, following Kazakhstan’s example.

The parties confirmed their intent to continue working together providing mutual support at the United Nations.

“We also agreed on close cooperation within the African Union, where Kazakhstan is an observer. In general, the first official visit of Emmerson Mnangagwa to Astana confirmed the mutual desire of our countries to develop close relations in various fields,” said Nazarbayev.

Mnangagwa noted Kazakhstan’s experience in creating the National Welfare Fund and the Astana International Financial Centre. He also expressed support for the country’s international initiatives in strengthening security and building a world without nuclear weapons.