ASTANA – Beef exports have reached 18,800 tonnes in 2018, 25 percent more than the 15,000 tonnes planned by the Ministry of Agriculture. Almost half was exported by the Turkestan region. By comparison, beef exports in 2017 totalled 5,500 tonnes. 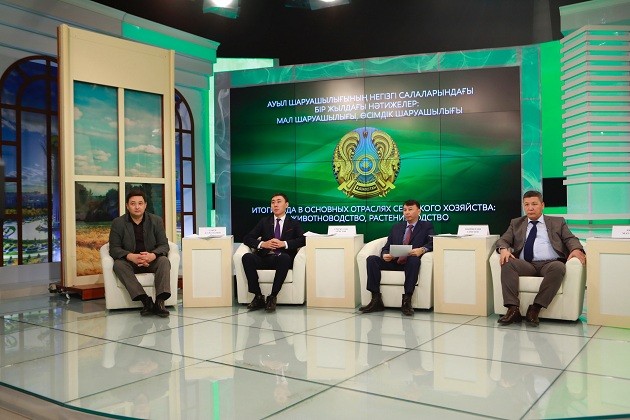 Large-scale implementation of a long-term programme to develop animal husbandry began in the second half of 2018. The programme is based on small and medium-sized farms, and Sybaga, a special preferential credit product, has been initiated for its execution. The plan has already exceeded last year’s projection; to date, more than 700 farmers have received loans.

The annual plan allows cattle farms to purchase 50,000 head. Applications for more than 67,000 head were received in the first 11 months of 2018 and corresponding loans were approved and issued for 55,000 head. The Altyn Asyk programme also financed the purchase of 170,000 sheep.

The plan includes breeding brood stock conversion for one million head of cattle. To date, approximately 977,000 head, or 98 percent, are involved in breed transformation.

Of that figure, 14,500 head were brought to Kazakhstan. The main reasons for the delivery delay were the short time interval (July-December) and unfavourable epizootic situations in the importing countries.

According to the regional departments of agriculture, 22.8 million tonnes of grain were harvested. In general, the gross grain harvest exceeds 2017 level by 760,000 tonnes, or 3 percent.

The Ministry of Agriculture reported the cultivated area for cucumbers increased by 2,500 hectares this year. The gross harvest was 460,000 tonnes, 50,000 tonnes more than the last year. Domestic consumption of cucumbers is 480,000 tonnes.

The main reason for vegetable price fluctuation is the seasonality of production. In addition, the rise in prices is influenced by cost increases for goods and services that directly affect production costs (fuel, electricity, utilities). The government is forming regional food product stabilisation funds and constructing wholesale and retail centres in five major cities to stabilise prices for socially significant food products.