By Aidana Yergaliyeva in Sports on 8 January 2019

ASTANA – Kazakh professional tennis player Yulia Putintseva was recently ranked the 44th best player in the world and the highest ranked player in Kazakhstan by the Women’s Tennis Association (WTA). 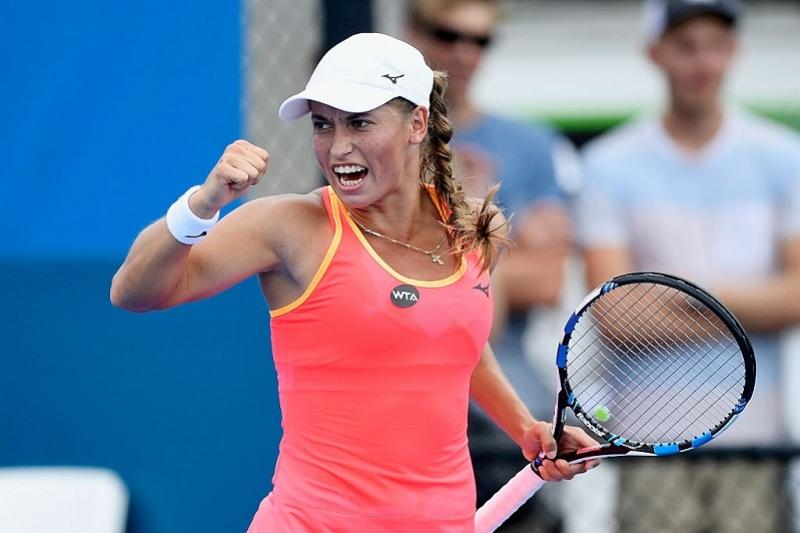 The ranking followed wins at an international tennis tournament in Sydney, Australia that began Jan. 6 against Australian and 34th ranked player in the world Daria Gavrilova. Putintseva beat her 6:1, 7:6. The victory was the fourth for Putintseva in four matches against Gavrilova.

The win put Putintseva in the tournament’s main draw, which has a prize purse of $823,000. Her next opponent is American Sloane Stephens who defeated Jan. 8 Russian player Yekaterina Alexandrova.

Another Kazakh player in the TOP 100 is Zarina Diyas who is ranked 98th.

Putintseva easily defeated Diyas in two sets, 6:2, 6:2, Jan. 6 in the final qualification. This is the first victory for Putintseva over Diyas. Diyas won the matches against Putintseva in Tokyo in 2017   and in New Haven last year.

Other top Kazakh women’s players are Yelena Rybakina, Anna Danilina and Gozal Ainitdinova who are ranked 86th, 344th and 508th in the world respectively.

Simona Halep from Romania still leads the world rankings. The top three also include German Angelique Kerber and Danish Caroline Wozniacki. The list is followed by Japanese player Naomi Osaka, Stephens who moved up one position, and Ukrainian Elina Svitolina.

The Sydney International ends Jan. 12. The tournaments in Sydney and Hobart are the final WTA events before the Australian Open, the first Grand Slam of the year which begins Jan. 14.