By Dilshat Zhussupova in International on 21 January 2019

ASTANA – In the year ahead, Slovakia and Kazakhstan are aiming to boost trade turnover and tourism, share international organisation leadership experiences and address problems faced by Central Asian countries, said Slovak Ambassador to Kazakhstan Milan Kollár in an interview with The Astana Times. 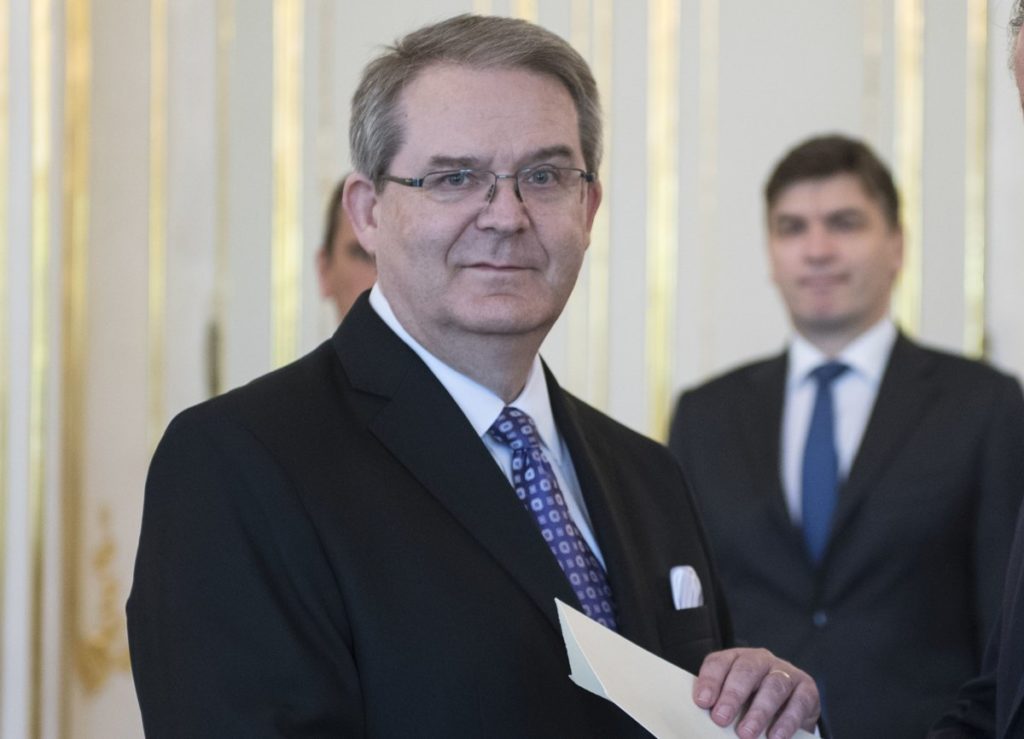 “Throughout these years of bilateral relations, we were fortunate enough to complete a bucket list of the necessary international agreements and treaties which established good ground for cooperation in all fields, especially in trade and the economy,” he said regarding 26 years of diplomatic relations between the countries.

Cooperation was particularly constructive last year following the first visit of Slovak Prime Minister Peter Pellegrini to the capital, the seventh meeting of the Kazakh-Slovak Intergovernmental Commission on trade-economic and scientific-technical cooperation and political consultations among the foreign ministries in Bratislava.

With Slovakia chairing the Organisation for Security and Cooperation in Europe (OSCE) this year, the two countries will engage even more closely given Kazakhstan’s 2010 experience in the post.

“The role can be compared to a conductor and an orchestra,” said Kollár, recalling Kazakhstan hosting the 2010 OSCE Summit in the capital. “Beyond organisational matters, chairmanship is also about pinpointing the topics on which the organisation is going to focus during this time period, so our ambitions are great and we are well prepared.”

Slovak Foreign and European Affairs Minister Miroslav Lajčák is expected to visit Kazakhstan, among other Central Asian countries, as the OSCE Chairperson-in-Office. In this role, he will focus on three key areas during the country’s leadership.

“One area is preventing, mediating and mitigating conflict and focusing on the people affected by conflicts because the OSCE is, first of all, an organisation which was created with the aim of avoiding conflict… Slovakia also wishes to provide for a safer future for all participating states and their citizens, anticipating tomorrow’s challenges by engaging with young people in the OSCE region, strengthening tolerance and non-discrimination and using the OSCE toolbox to prevent radicalisation and violent extremism, all the while promoting sustainable development, education, gender mainstreaming, energy cooperation and cybersecurity,” said Kollár.

“The third area is effective multilateralism to promote meaningful and comprehensive dialogue among states, as well as with other partners at national, regional and international levels,” he added.

“Our policy towards Central Asia is based on the common foreign policy of the EU,” he said. “Along with our fellow member countries of the EU, we believe that Central Asia is a very important region and has great potential for mutual cooperation. To illustrate, the EU is the largest foreign trade partner of and investor in Kazakhstan. We will thus do our best to maintain this position and cooperate with Kazakhstan and other countries in this region.”

“Last year, the trade turnover between our two countries was approximately $30 million. It is not much and not an amount that we should be satisfied with,” said the ambassador.

In addition to greater trade, Kollár welcomes increased tourism between Slovakia and Kazakhstan. He suggested both countries should advertise their unique experiences and destinations to potential clients in each nation.

“We have great spas and warm springs in Slovakia. I understand that Kazakh people enjoy spa treatments, so I would like to see more promotion and advertisement of Slovak spas in Kazakhstan,” he said.

“We believe that, in close cooperation with the European Commission, we may also achieve a simplified visa procedure and, eventually, lift the visa duty for Kazakh nationals. We strongly appreciate that EU member countries may travel visa-free to Kazakhstan, which most definitely boosts mutual tourism,” he added.

Kollár singled out water management as a priority during his post, hoping to provide assistance to local water specialists and achieve concrete results by the end of his tenure.

“Water is a strategic commodity, and Slovakia has great experience in water management, which is ultimately connected to the environment, economy and international security,” he said.

The International Water Assessment Centre, previously based in Bratislava and currently in the Kazakh capital, is just one of the platforms where Slovakia cooperates with Central Asian countries on water management. Improving border water management, in particular, is important to prevent disputes, he noted.

“The drying of the Aral Sea and the maintenance, reconstruction and sustainability assessment of water constructions from the Soviet era, hydro plants and dams – there is plenty that we can do together,” he added.