By Malika Orazgaliyeva in International on 16 January 2019

ASTANA – Kazakh Minister of Foreign Affairs Beibut Atamkulov stressed the need to establish a closer relationship between India and Central Asia during the Jan. 13 India-Central Asia-Afghanistan Dialogue in Samarkand. The event included the foreign ministers of Afghanistan, India, Kyrgyzstan, Tajikistan, Turkmenistan and the host nation, Uzbekistan. 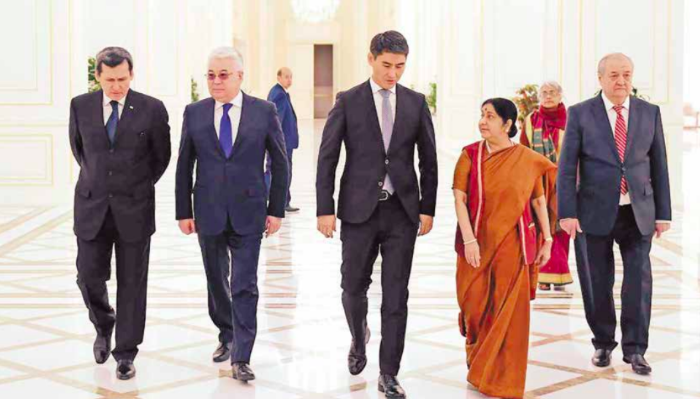 Atamkulov urged the implementation of joint projects with India in medicine, pharmaceuticals, new technologies and finance through the International Technopark of IT startups Astana Hub and the Astana International Financial Centre (AIFC).

The ministers approved a joint statement noting positive relations between India and Central Asia as well as affirming the desire for regional cooperation to ensure security, stability and sustainable development in the region.

The proposal to hold the first ministerial meeting in the framework of the India-Central Asia Dialogue was preceded by a series of meetings at the expert level held since 2012. The initiative to hold such meetings was proposed by the Indian Council of World Affairs (ICWA) together with the Ministry of External Affairs of India.

Atamkulov also met during his trip with Uzbek Foreign Minister Abdulaziz Kamilov. They discussed bilateral and regional cooperation as well as the implementation of the agreements reached between Kazakh President Nursultan Nazarbayev and Uzbek President Shavkat Mirziyoyev.

“Our head of state pays particular attention to the development of regional cooperation. Our countries play a key role in the integration processes of Central Asia. We will make every effort for further movement of bilateral relations with Uzbekistan,” the Kazakh Foreign Minister said.

Atamkulov also noted the potential for cooperation in financial services, processing and the food industry, as well as the digital industry.

Atamkulov also met with Minister of Foreign Affairs of Kyrgyzstan Chingiz Aidarbekov. The ministers discussed trade and economic cooperation, the water and energy sectors, regional and cross-border cooperation, as well as the implementation of the agreements reached between Nazarbayev and President Sooronbay Jeenbekov.

Atamkulov and Aidarbekov noted their countries’ similar positions on international issues and reaffirmed their intention to work together within international organisations.