By Dilshat Zhussupova in Sports on 21 January 2019 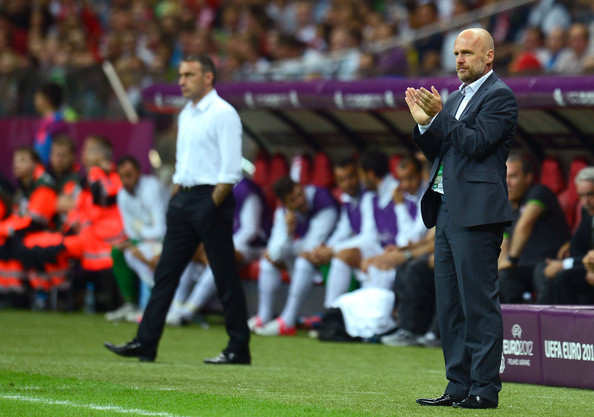 Playing as right midfielder, Bílek represented Czechoslovakia and the Czech Republic and played 35 matches, scoring 11 goals in 1987-1992. Most notably, he managed the Czech Republic national football team in 2009-2013. Under his leadership, they reached the 2012 Union of European Football Associations (UEFA) European Championship quarterfinals.

“I would like to thank Fastav Zlín for their support. These fantastic six months [managing the team] were crucial for getting a taste of football again. It is an honour to lead any team,” he said to Sports.kz.

“To lead a team playing in the Euro 2020 qualifiers again will be very interesting,” said Bílek.

Under Stoilov’s leadership, Astana Football Club won the 2015 Kazakhstan Super Cup, the 2016 Kazakhstan Cup and the Kazakhstan Premier League in 2014-2017. The team also made Kazakh football history in reaching the 2015 UEFA Champions League group stage and the knockout phase of the 2017-2018 UEFA Europa League. He was presented with a national chapan (robe) Jan. 17 by the Kazakhstan Football Federation for his contribution to football in the country.