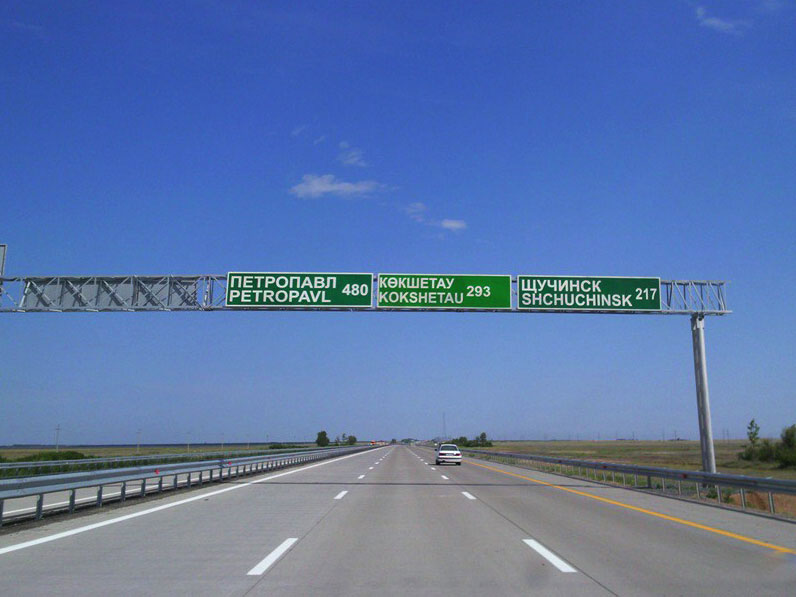 The total traffic flow rate for 2018 exceeded 2.8 million vehicles. Compared to 2017, the flow rate of vehicles increased by 1.9 percent. Prepayment transactions also increased by 116.6 percent. In 2018, 139,611 prepaid transactions were completed, which is three times more than in 2017. Payments were made through payment terminal systems, such as QIWI, Kassa24, Kiberplat, Tenge, Internet banking of Kaspi Bank, Sberbank, ATF Bank, payway.kz service, kaztoll, E100 fuel card and Near Field Communication (NFC) technology.

“Today, active work is being carried out to identify forged state registration plates and acts of hiding them by some users of the toll road. After establishing accurate data on vehicles with the traffic police, the users were detained,” according to a KazAvtoZhol national company statement.

Within a few months, the traffic police authorities recorded 21 administrative offenses, sent five vehicles to a specialised parking lot with further deprivation of the driver’s license and opened one criminal case for using a stolen state registration plates. Two drivers repaid the debt for 1.02 million tenge (US$2,692).

“This work gave positive results. The number of users hiding (state registration plates) reduced, which, in turn, led to an increase of funds,” said KazAvtoZhol.

The funds collected in 2018 were used to maintain the Astana-Schuchinsk toll road section.

The machinery of the Directorate of Toll Roads’ branch is ready for winter maintenance. Seventy-five units of specialised road equipment are available for the maintenance of the road.

To improve the roadside service, five modern pavilions of the KazWay Service were installed at the recreation areas in 2018. These pavilions are leased to entrepreneurs. The results of payment collection on the Astana-Schuchinsk toll road were discussed on the operational meeting of the KazAvtoZhol national company.