By Aidana Yergaliyeva in Nation on 23 January 2019 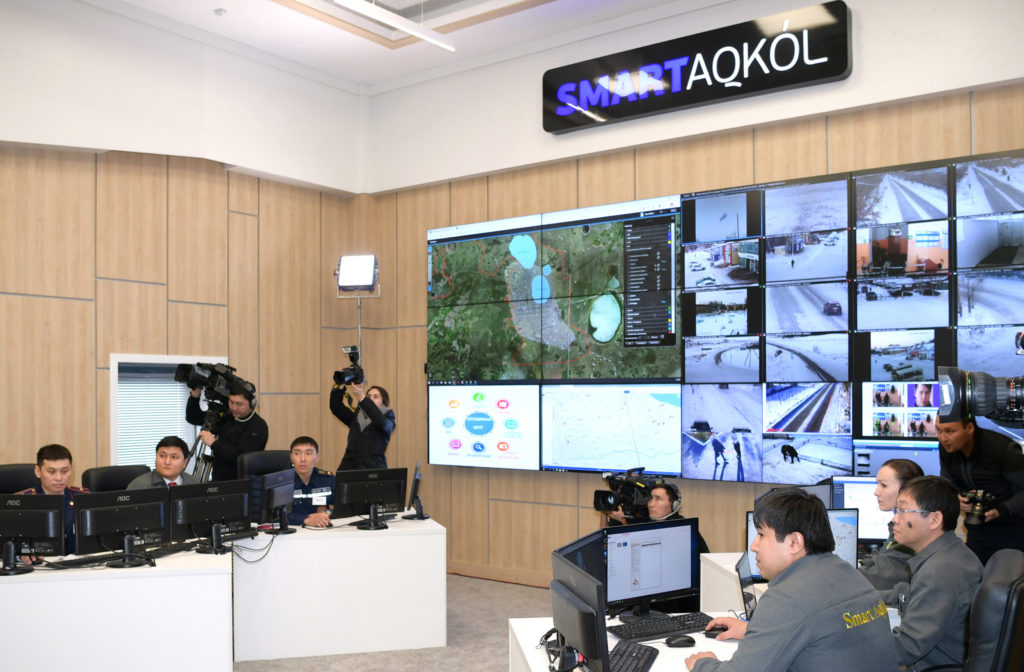 Aqkol, formerly known as Alexeyevka, used to be a small provincial town with population of just over 13,000 people and lacking things as simple as public lights. In just six months, however, it has been transformed into a modern, safe, comfortable city.

Head of Tengri Lab Alimzhan Yessetov presented the progress on SmartAqkol to Kazakh President Nursultan Nazarbayev Jan. 18 during his visit to the first smart city in the country.

According to Yessetov, the SmartAqkol project created a smart city that “is not inferior to any European city.” The project covers almost all vital areas that can be monitored and analysed. In addition to public order, road and fire safety regulations, the new city system also monitors ecology, public services, and assessments of children at school, all in one situational centre.

“The task that I have always seen is to manage Kazakhstan as a company or enterprise, from a single centre… Not demagogic chatter of who, where, what they will do, but a vertical, concrete, tough management gives a good result in terms of the economy and in general,” Nazarbayev said. 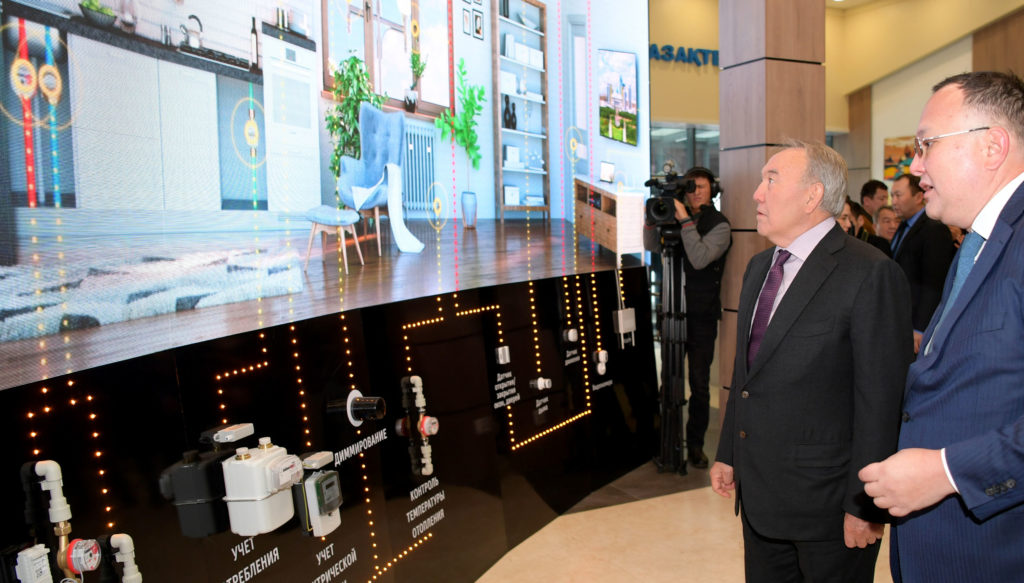 The smart city now works to provide better safety and comfort for its citizens. Any deviations or emergency information passes through a single situation centre. Then, based on the evidence at hand, the centre’s analysts can advise local administrations to take measures as quickly as possible. The centre collects data from GPS-trackers, sensors, road cameras and surveillance cameras throughout the city.

“Our specialists programmed all video cameras in the city to automatically detect massive clusters of people, things left without supervision, violations of traffic rules. After the high-profile incident in Kerch, we added the ability to automatically detect weapons,” says Yessetov referring to a mass shooting at a polytechnic college that left more than 20 people dead in October 2018. 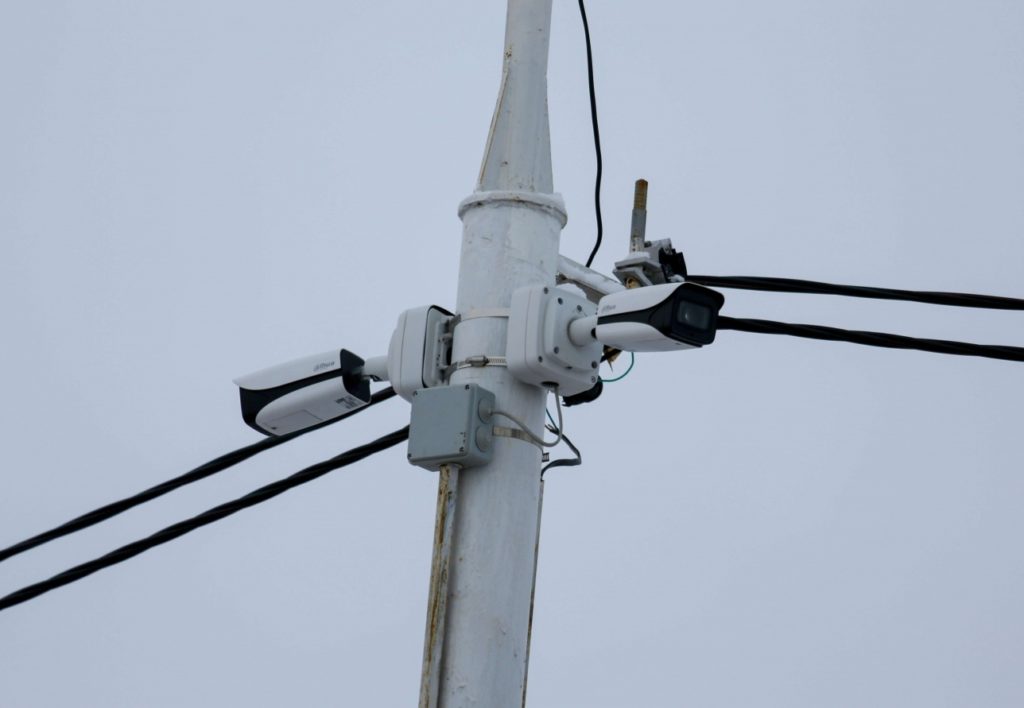 The equipment throughout the city has many useful features and updates frequently, allowing quick responses. Videokonspekt technology processes data and hourly video content coming from all over the city that otherwise would be hard to track. The analytical tool can process the data from one hour of video in one minute and highlight any element such as a car, a pedestrian, colour, direction, clothing or other indicators, says Yessetov.

The city is being monitored day and night with the help of high-resolution and thermal imager cameras. Municipal buildings can only be entered using electronic identification.

The digitised city does not fear hackers, as it was designed with strict security in mind.

Cameras now register many minor offences that people could usually get away with. Among the first noticeable improvements was the decreased number of drunk people on roads.

Although some fear a totally digitised city could be like George Orwell’s “1984” come to life, Managing Director for Innovation at Kazakhtelecom Nurlan Meirmanov says that isn’t the case. The examples of the system at work show that the smart city “is not a control, but an analysis mechanism,” he said. Such systems allow problems to be foreseen, detected and responded to before they become dangerous. Previously, special controllers had to wander around individual houses to collect data about water and energy consumption. Now, each apartment and house in the city has smart metres that read and collect data automatically. 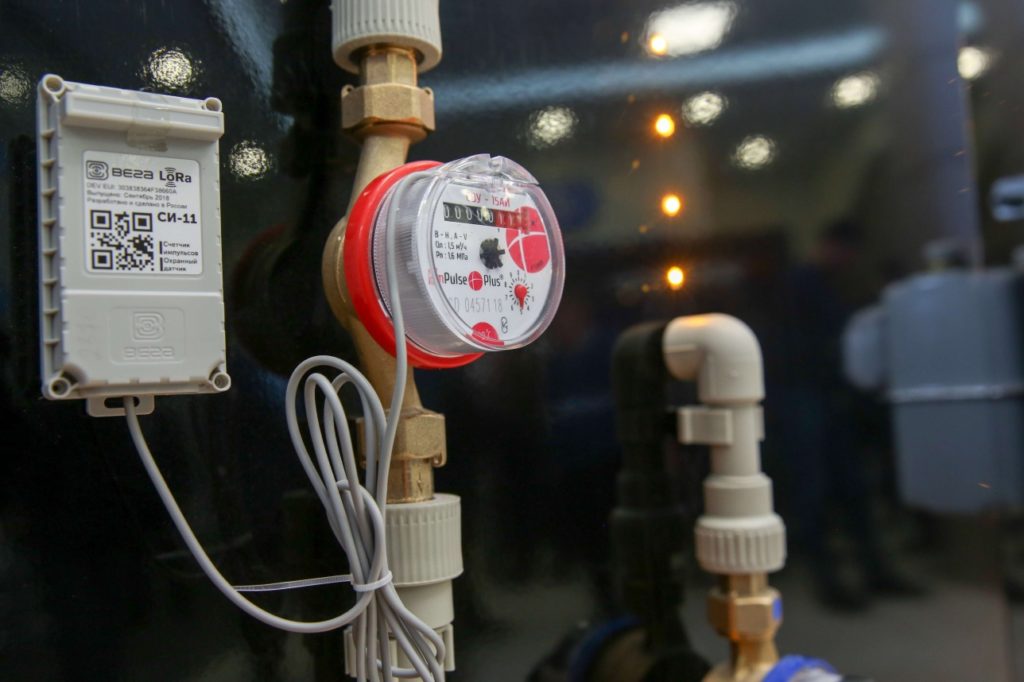 The operators in the situational centre found a few patterns associated with pneumonia occurrences. The specialists found a correlation whereas temperature drops in houses increased the likelihood of people attending hospitals. Then, with the help of eco-sensors, they determined that lower temperatures, in fact, somehow make the air quality of the town worse. Their research is still ongoing. Operators have built a thermal map of the city to identify problem areas. They believe that the health of the Aqkol population could be improved if the akimat updates the heating system.

In general, residents say, the city has really changed. It now has warm bus stops with gadget chargers, more public lighting, more paved roads and free public wifi that can be accessed from any point in the city.

“The city is clean, we have a gorgeous square, we have a great new railway station, lighting everywhere. We lived our lives in the dark. I was born here, and all my ancestors were born here… There used to be a lot of abandoned houses, vacant lots where grass grew. Now they allocate a lot of money, build a lot,” said city resident Galina Salikhova. 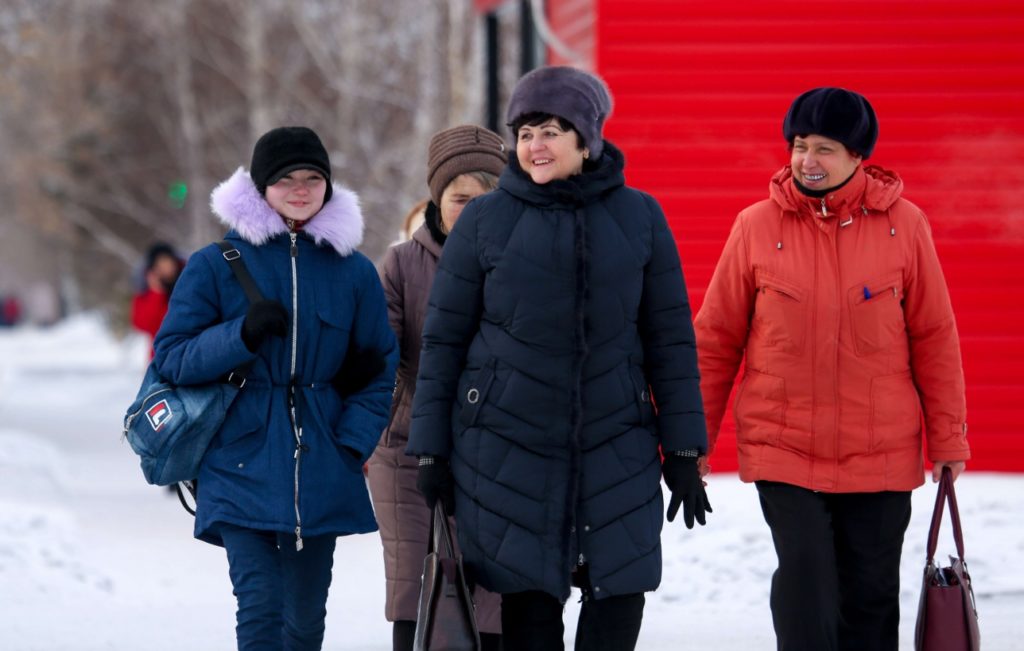 The new project has been presented, but it is still being developed. Glitches sometimes cause systems to fail to send data, and some residents have had to go report their energy consumption themselves. Also, in spite of the comprehensive surveillance, some vandals have damaged some of the public improvements, cutting charging wires and breaking the doors in a few warm bus stops.