By Saltanat Boteu in Nation on 25 December 2018 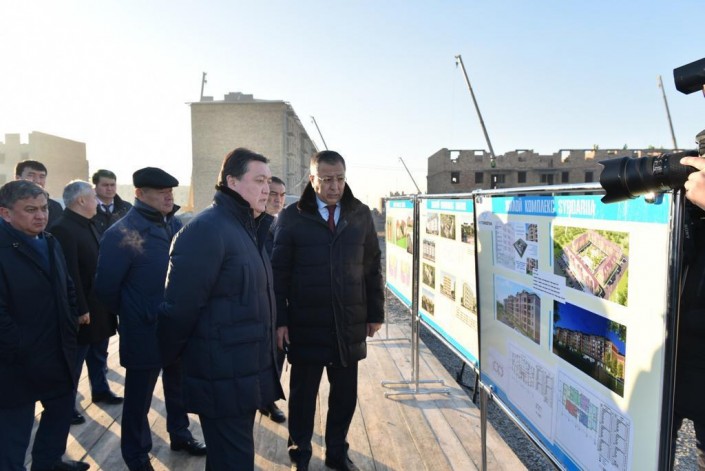 The plan’s primary elements are the city’s historical centre, spiritual and cultural centre and administrative and business centre.

In relation to 270-hectare administrative and business centre, Userbayev said the construction of the regional akimat, the house of governance and departments, the five-star Rixos Hotel and large districts with residential housing is ongoing. 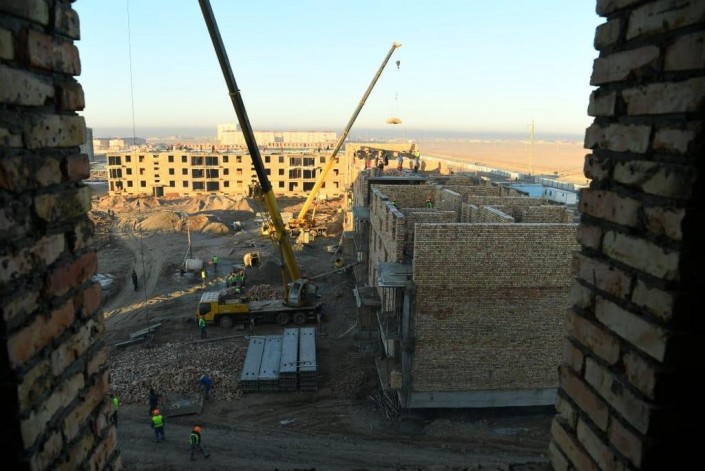 Currently, 26 multi-storey residential buildings are under construction on the territory. Approximately 20 houses (1,200 out of 1,536 apartments) are for rent, and the remaining six houses (336 apartments) are available for purchase. Among 20 rental houses, 11 will be put in commission in April 2019, the rest will be ready by November 2019. The houses for purchase will be ready in June.

These residential houses built under the 7-20-25 governmental programme are for welfare recipients, people in a queue for housing and public servants.

According to the region’s Akim (Governor) Zhanseit Tuimebayev, the construction of 88 multi-storey residential houses with 2,756 apartments will start in a neighbouring district next year.

For developing the city’s infrastructure, as a part of a public-private partnership, a kindergarten for 280 students started its work in the Otyrar district. In the next academic year, a new school for 900 students is planned to open.

The recent activation of the Turkestan Compressor Plant increased the turnover of Beineu – Bozoi – Shymkent gas pipeline, doubling the territory of its gas supply. The pipeline will help supply natural gas to 20,000 city customers.

Changes are also planned for the historical part of the city. The delegation was also acquainted with the sketch of historical architectural projects, which will be implemented near the Khoja Akhmet Yassawi Mausoleum, a UNESCO World Heritage site. The new works have reportedly been agreed upon with UNESCO.

“It is necessary to take measures on restoration works of 18 objects of the historical centre and the construction of 17 prioritised objects of the spiritual and cultural and administrative and business centres,” said Deputy Prime Minister Askar Mamin, who led the delegation.

The spiritual and cultural centre is planned to be built on the territory of 92 hectares around the Azret Sultan State Historical and Cultural Reserve. The territory of the Kultobe ancient town will be given for an open-air museum.