By Dilshat Zhussupova in Nation on 10 December 2018

ASTANA – The Kazakh youth population aged 16 to 24 will increase 30 percent by 2030 and will require more targeted state support in entering and remaining in employment, education and training, said an education expert in an interview with The Astana Times. 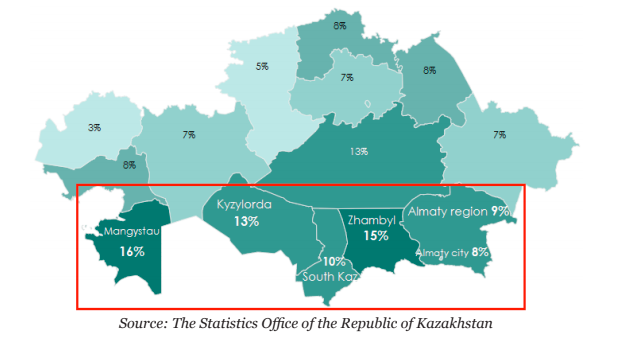 One in five Kazakh citizens belong to the younger generation, with 2.3 million living in cities and 1.7 million in rural areas. Equipping them with the necessary knowledge and skills for competing in the global economy is a policy priority for Kazakh President Nursultan Nazarbayev, as outlined in his Oct. 5 state-of-the-nation address “Growing welfare of Kazakh citizens: increase in income and quality of life.”

According to the 2016 Global Youth Development Index, the nation ranks 61st among 183 countries. With the national Year of the Youth drawing closer, the country’s youth policy will prioritise addressing its 3.9 percent youth unemployment rate, along with fostering the young generation’s socialisation, all-rounded development and participation in decision-making processes.

Dinara Alimkhanova is a Nazarbayev University Graduate School of Education graduate, having previously worked at the European Training Foundation, the United Nations Educational, Scientific and Cultural Organisation and a think tank under the Kazakh Ministry of Education and Science. She explained her research findings on Kazakhstan’s NEET (not in employment, education or training) phenomenon, which she explored as a 2018 Central Asia Programme fellow at George Washington University’s Elliott School of International Affairs.

“The NEET rate is used [internationally] to give a more comprehensive view of the segment of the youth population that has given up looking for work or is unwilling to join the labour market,” she said on the rate, which consists of the population’s percentage of 15 to 29 year olds who are not employed or involved in education or training. “In the Organisation for Economic Cooperation and Development (OECD) countries, the NEET category is actively used as an indicator of youth marginalisation and disengagement. This is because a high NEET rate may have a number of negative short-term, as well as long-term, consequences for society.”

Youth struggling to gain employment are likelier to face poverty and poor health and living conditions. These groups are “more likely to engage in criminal activity… [and] have lower levels of trust in socio-political institutions and the government,” said the researcher on the importance of maintaining Kazakhstan’s positive performance on the indicator.

Areas of improvement include engaging young Kazakhs in higher-quality, higher-paid and lower-risk jobs, which are accessible beyond the informal economy currently employing many youth, and allocating greater resources to the country’s southern regions, where NEET rates are highest. Alimkhanova attributes the latter to factors such as the regions’ gender gap among NEET youth, urban migration, ethnic repatriation, shadow economy and access to education.

Youth-oriented government initiatives include the Bolashak International Scholarship, Yenbek programme, Serpin project, Green Country project, With a Degree to the Village! Project, 210 youth resources centres and various youth research centres. Comprehensive data collection and analysis, which is currently lacking, may show “the extent to which NEETs have entered the education or employment system under the framework of these or other initiatives,” she said.