By Aidana Yergaliyeva in People on 7 December 2018

ASTANA – Writer and poet Saule Doszhan, named an Honoured Art Worker of Kazakhstan in 2015, is the author of books based on touching true stories that raise social issues. Her works have been translated into world languages and her growing international recognition has inspired her to continue writing. 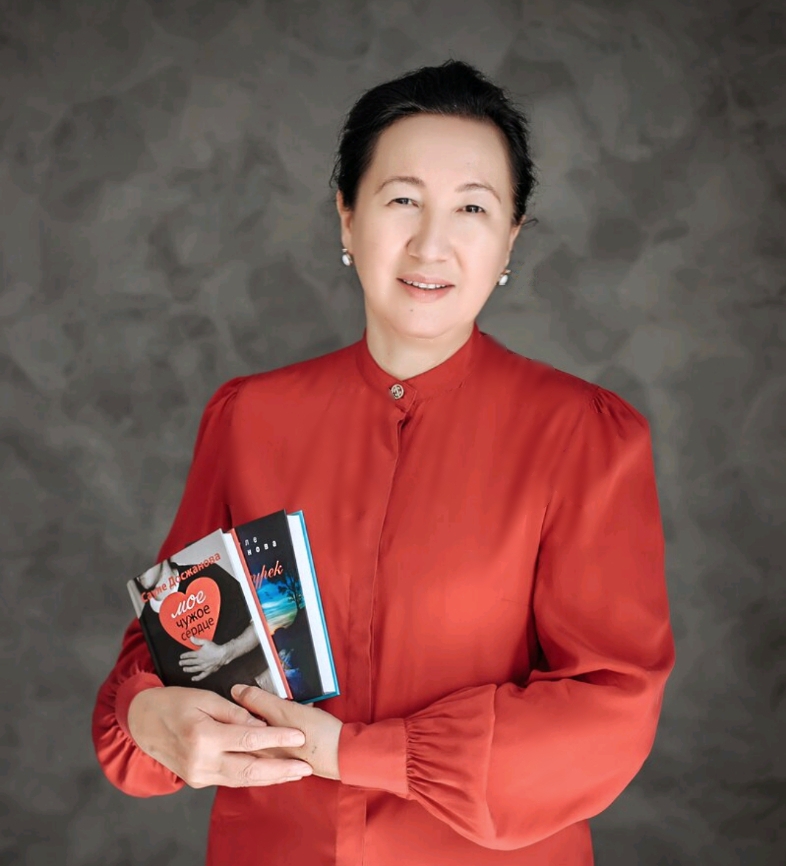 Doszhan’s novel “My own strange heart” was among the more than 200 pieces gifted to the Centre of Kazakh Culture and Literature, which opened Nov. 17 at the Berlin State Library. The book narrates a historical moment for Kazakh surgeons, who on Aug. 8, 2012 completed the first heart transplant in the country’s history. The account has received high praise from critics.

“During the operation, we thought that this is the achievement of Kazakh medicine and will be introduced to the world. But it will be left as mere information in newspapers. But if we write it as a piece of literature, then literature will be read by more people,” she said in an interview with The Astana Times.

Doszhan worked for ten years for the Ministry of Healthcare and understood the importance of leaving the event’s mark on history. She started researching the subject extensively.

“The heart is the most fascinating human organ, the engine that runs the whole body,” she noted.

Along with the complexity of the surgery, she tried to describe the psychological states of the main characters.

“I found out that every single experience leaves marks on a heart. People say you should think with your head. No. It all reflects through a heart. When Ospanov takes Vorotnikova’s heart he saw in his dreams her past life, the scenes of memories from abroad. A heart is not just an organ that sustains our living, but it rules our whole life,” she added referring to the surgeon and the patient.

The book also incorporates aspects of religion. The topic was an important one to address, because in Islam, a human must be buried with all of his or her body parts.

“It is a lucky book. It is like my ‘passport’ among other works,” she said.

The work has been translated into English, German and Russian and will soon be released in Japanese and Spanish.

Doszhan is also the author of “The Tragedy of a Bastard,” a story about surrogacy that discusses “Zheti ata” (Seven generations) and the purity of blood.

“Acclaimed Kazakh author Saule Doszhan’s ‘The Tragedy of a Bastard’ is a little gem of a book. Poignant and poetic… it is a tale simply told with the power of a parable as it explores the stifling trap of a Kazakh tradition, especially for women, and the universal need for love. It is a tragedy, yes, but a tragedy laced through with hope,” wrote British writer John Farndon on amazon.com.

Both stories were nominated in October for the 2019 Man Booker International Prize. Her works were translated by Gusman Tolegul into Russian and Yelden Sarybai into English.

“I’ve read it [the translated version] myself. My children, friends, professionals all stated that he translated it as if I wrote it myself. I was very grateful,” said Doszhan, referring to the Russian translation.

Doszhan has been keen on writing in her leisure time since age 14, meshing her literary side with her 25 years of service with the Kazakh Parliament and ten years at the Ministry of Healthcare. She has worked intensively the last two years, devoting almost all of her time to novels and poems.

“Prose lives with me, while poetry is a guest that visits me from time to time,” she said.

The sources of her inspirations are often people and their ideas. She constantly searches for new knowledge, reading everything from classics by Fyodor Dostoyevsky to contemporary best-sellers like Cecilia Ahern.

Doszhan is currently working on a book about nuclear testing fields in Semey.

“It is about a Kazakh woman who went through a lot in her life seeing the consequences of nuclear testing,” she noted.

She is preparing to present two books with her selected works next year for her 60th birthday. In 2017, she won third place in the literature category at the sixth Open Eurasian Book Forum and Literature festival.