By Saltanat Boteu in Central Asia on 24 December 2018

ASTANA – Kazakhstan is taking the lead in Central Asia on comprehensive modernisation, said regional experts at a recent gathering in Astana to discuss the latest findings by members of the Almaty Club research group. 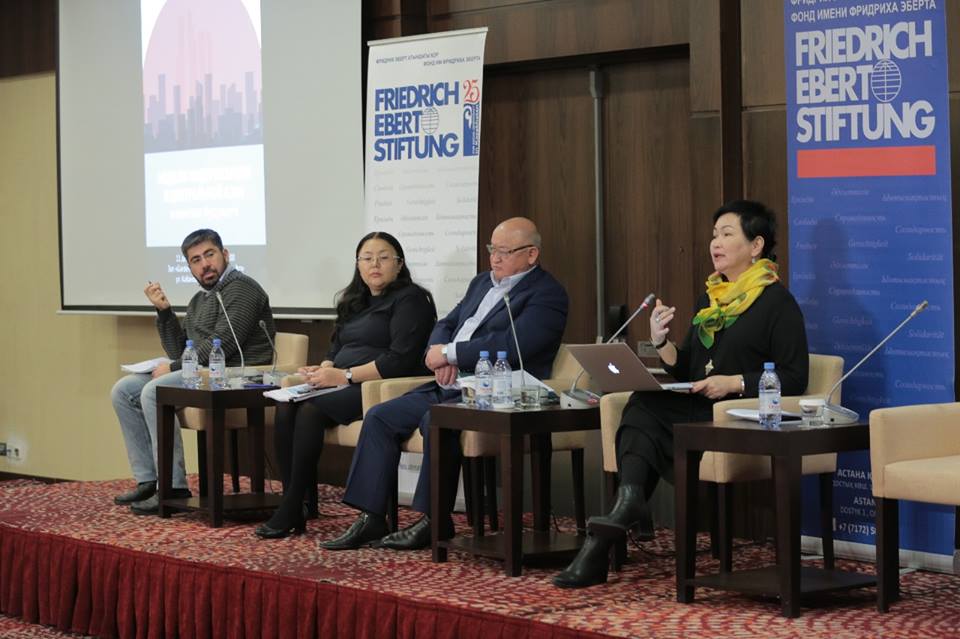 The Almaty Club is a group of journalists and researchers in the social sciences and humanities from around Central Asia. Each member is tasked with researching a common topic relative to their home countries. They present their findings several times a year at Almaty Club meetings in Almaty. The club’s goal is to stimulate discussion about Central Asia in the region’s countries. 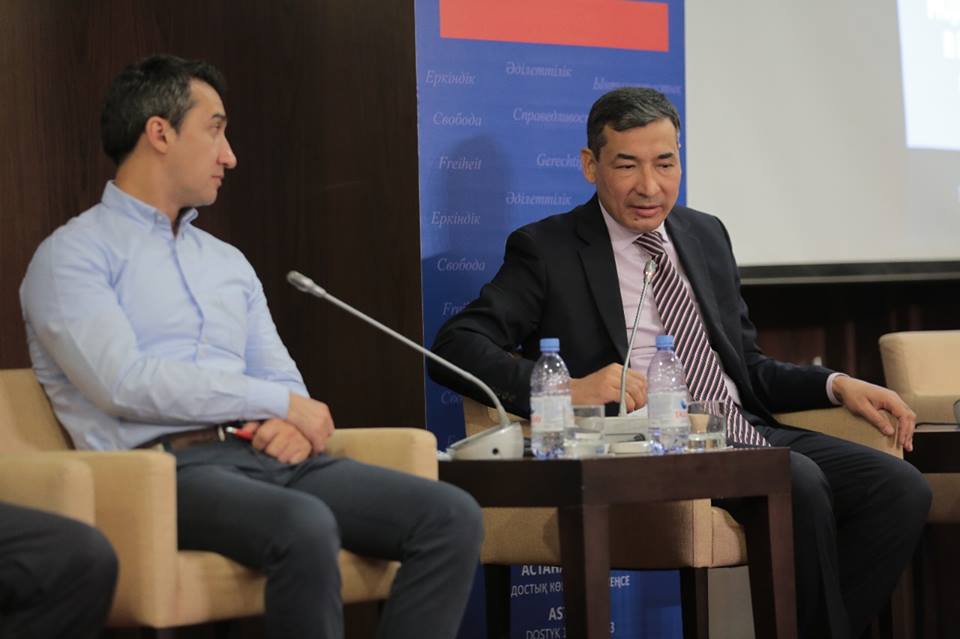 Almaty Club members recently met in Astana to present their findings related to the topic, “Modernisation Models in Central Asia. In a Search for Future.” The conference, organised by Friedrich Ebert Foundation, included panels addressing commonalities and differences of modernisation models in Central Asian countries. Individual country reports were presented by members from Kyrgyzstan, Tajikistan, Uzbekistan and Kazakhstan. The conference was open to the public and broadcasted online on Facebook.

“The analysis of political elites’ modernisation strategies shows that modernisation is understood narrowly in the region which includes transit to market economy, computerisation and development of technologies… The only attempt to modernise social paradigms, the Ruhani Zhangyru programme, is taken in Kazakhstan, which is quite recent,” said Almaty Club expert from Uzbekistan Sardor Salimov.

According to Almaty Club expert from Kazakhstan Sanat Kushkumbayev, the modernisation process is permanent and continuous. For Kazakhstan, modernisation can be divided to three stages, each of which has been focusing on economic, political and social contexts of modernisation.

“For Kazakhstan, it was important from the independence. We used the modernisation term permanently in the political language because modernisation was required in political, economic and social spheres. The government, which became a key actor in the field, initiated all modernisation projects. It was Strategy 2030 in 1997. After the 1990s economic crisis, the government focused on the actions that would give results… In 2012, Strategy 2050 was presented. It opened new opportunities, because the Strategy 2030 was completed ahead of time. The third stage started with Modernisation 3.0 in 2017,” he said.

The other issue raised by Salimov was a top-down approach reflected in the role of the government initiating and implementing modernisation.

“In the analysis of Central Asian countries’ modernisation strategies, we indicated the exclusive role of political elites and bureaucracy in initiation and implementation of modernisation projects… All reforms are top down that sometimes do not consider the socio-cultural context of society,” he noted.

The other perspective to be considered is the scale of modernisation. According to Almaty Club expert from Kyrgyzstan Elmira Nogoibayeva, modernisation at global, regional and country levels can imply different meanings.

“Looking at the Sustainable Development Goals, on a global scale, the first priorities are given to the social and ecological needs of humanity,” she noted.

Regionally, the modernisation narrative is changing with time. In the first years of independence, Central Asian countries were perceived to be young countries implementing political and economic modernisation, such as developing democracy. Currently, the ideas of “ruh” (spirit, mentality) is in the focus of modernisation in Kyrgyzstan and Kazakhstan, she said.

According to Kushkumbayev, the specificities of the Kazakh modernisation model lay in economic and technological changes in the first years of independence.

“The changes in Central Asian countries did not happen at the same time. Each country chose its own model. In some countries, the high level of government ownership was kept, while Kazakhstan carried out privatisation in 1990s. The role of private sector is high. The banking sector is open. In the education sphere, the Bolashak programme (is implemented), which also gave results by bringing people with new views and perspectives to the country. These all are in the stage of technological and economic modernisation,” he said.

According to Almaty Club expert from Tajikistan Khodzhamahad Omarov, the alternative narrative of modernisation differs from the official one in its source, which can be political parties that are not ruling the government, society and international actors. These actors bring their own approach, which creates an alternative narrative of modernisation, he said.

According to Friedrich Ebert Foundation regional director for Central Asia Henriette Kiefer, in 2015 the foundation invited two experts from five Central Asian countries to write on topics that are common for the countries. Except for Turkmenistan, experts from Kazakhstan, Kyrgyzstan, Tajikistan and Uzbekistan joined in a group of the authors of the “Modernisation Models in Central Asia. In a Search for Future.”