By Aidana Yergaliyeva in Nation on 21 December 2018 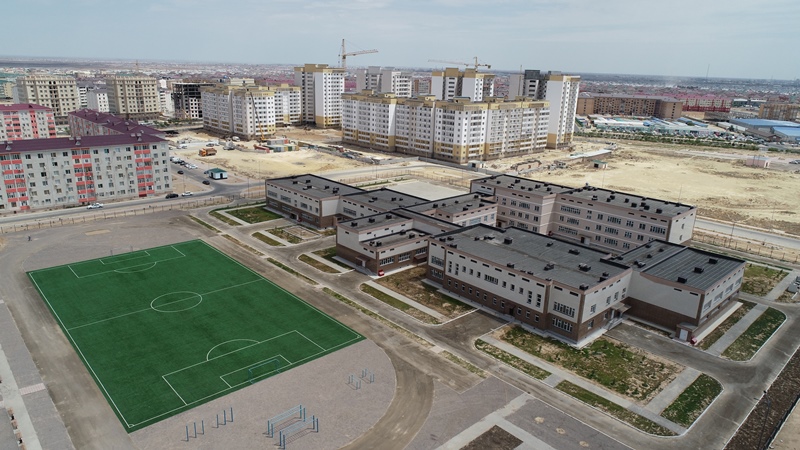 “It is not superfluous to say that this is a very good indicator, because for many years the indicator was at the level of 96 percent,” he noted.

The volume of industrial production reached 101.1 percent, 11 percent of the country’s total.

Located in southwest Kazakhstan, the Mangystau region borders more than half of the country’s Caspian shoreline. Soviet engineers discovered oil reserves in the area and the region has mainly been developed around the oil industry.

Oil reserves are growing scarce, however, prompting Tugzhanov to suggest manufacturing as an alternative for the region’s sustainable growth. Its share in the total industrial output increased from 4 percent to 8 percent.

“One way to increase the volume of the manufacturing sector is to develop local content. The main reserve is the procurement by oil companies in the region,” he said.

As the first step towards developing local content, Ozenmunaygaz oil company has started a project with Russian manufacturers to produce oil pumps. They will use 500 million tenge (US$1.35 million) in investments to build the Aktau Tengiz Porty factory in the Aktau seaport special economic zone.

Tugzhanov noted support for regional manufacturing industries will be the main development direction in coming years.

Authorities also reported the 945,000-square metre annual housing construction plan was met on time, resulting in a 139.7-percent increase. One million square metres are planned by the end of the year.

As part of the 7-20-25 housing lending programme, 22 private construction companies are building 15 residential complexes with 2,300 apartments. Second-tier banks reviewed 371 applications, approving 235 for 1.9 billion tenge (US$5.13 million). Authorities expect 500 apartments to be commissioned by the end of the year.