By Staff Report in International on 11 December 2018

ASTANA – The Kazakh Embassy to Spain and Spanish Agency for International Development Cooperation (AECID) recently opened the Centre of Kazakh literature and art in Madrid. The opening ceremony was dedicated to the Day of the First President, reported the Kazakh Ministry of Foreign Affairs press service. 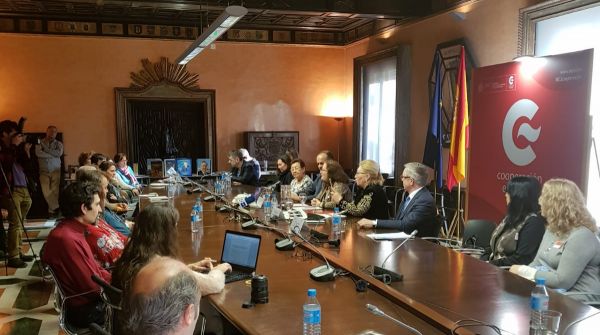 Opening Kazakh literature centres abroad is being implemented under the Ruhani Zhangyru (Modernisation of Kazakhstan’s Identity) programme, said Kazakh Ambassador in Spain Konstantin Zhigalov. He noted President Nursultan Nazarbayev’s recent article, “Seven Facets of the Great Steppe,” will continue the initiative and contribute to informing the international community about the country’s historical and cultural heritage. 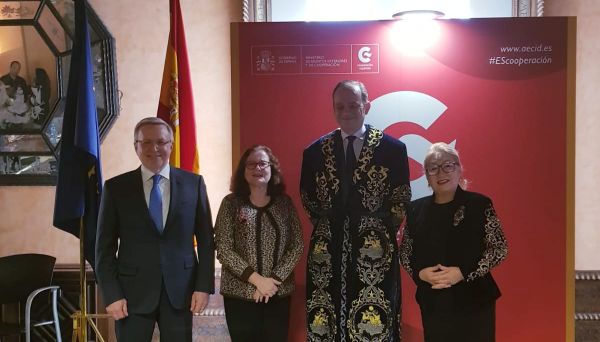 Following the ceremony, a general protocol of actions was signed between the Kazakh National Academic Library and the AECID Library.

Ruhani Zhangyru is the ideological platform expected to become the basis for a qualitative transformation of the entire country. It is focused on the revival of the spiritual values of Kazakh citizens, taking into account all the modern risks and challenges of globalisation. The 2017 article from President Nazarbayev which outlined its priorities  emphasises the importance of modernising public consciousness, developing competitiveness, pragmatism, preserving national identity, popularising the cult of knowledge and openness of citizens’ consciousness. The qualities should be the main reference points for the modern Kazakh, Nazarbayev stressed.