By Saltanat Boteu in Sports on 20 December 2018

ASTANA – The Kazakh junior hockey team will compete in Group B of the 2019 World Junior Championship, to be held from Dec. 26 to Jan. 5 in Canada. Kazakhstan is rejoining the top 10 national teams participating in the preliminary round of the competition for the first time since 2009, reports prosports.kz. 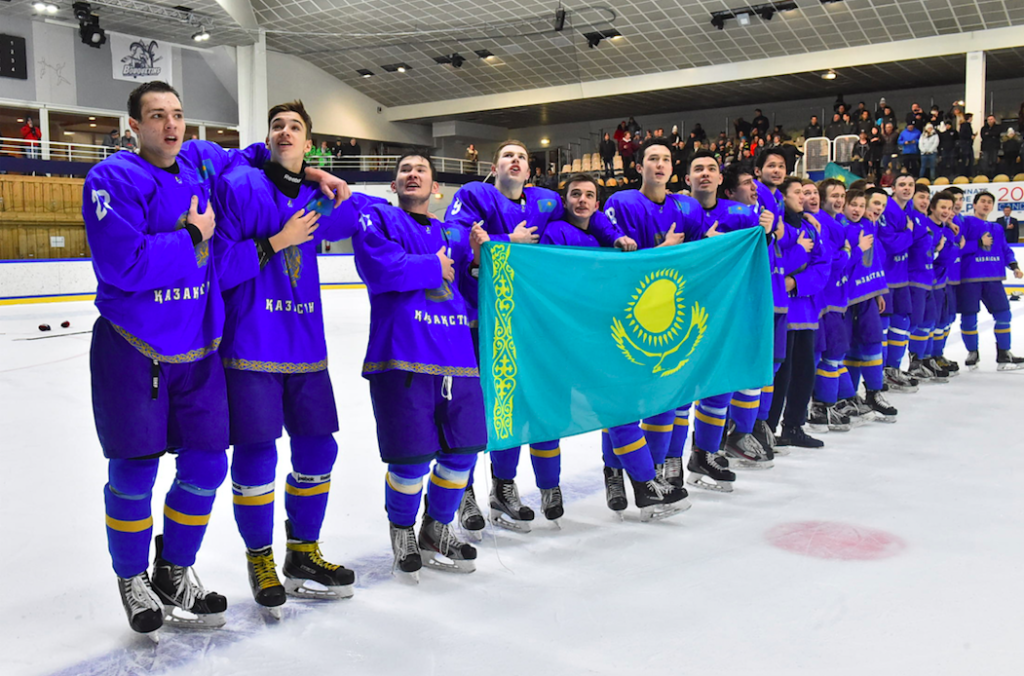 In the group stage, Kazakhstan will face off against Finland, the United States, Sweden and Slovakia. Only two countries from the group stage will advance to the quarterfinals.

“This is a great success, to play at this level – not everyone gets such a chance. Therefore, it should be used to the full. We should play well, demonstrate our skills and have a good game,” said Snezhnye Barsy Junior Hockey Club defensive player Samat Daniyar.

“I haven’t fully realised that I will play there. This is a great event in the career of any hockey player; we will fight for the honour of the country. This happens once in a lifetime. The best young hockey players from all over the world will gather in Canada, and this will be remembered for many years,” added Snezhnye Barsy Junior Hockey Club goalkeeper Denis Karatayev.

On Jan. 5, 2009, the Kazakh junior team last played in a top division match at the World Championships in Ottawa, Canada, against Latvia, and were knocked down a rank to the first division. Over the next two years in the first division, the team ranked fourth.

In 2011, the International Ice Hockey Federation divided the first division into a stronger Group A and a weaker Group B. The winner of Group A could rejoin the top division. Kazakhstan was assigned to Group B.

In the same season, the Snezhnye Barsy Junior Professional Team was created as part of the Barys Hockey Club. The junior team began competing in the Junior Hockey League.

The first Junior World Championship in Group A for Kazakhstan was held in Vienna in the 2015-2016 season, where Kazakh hockey players competed against Latvian, Norwegian, German and Austrian players. The team took third place, retaining its place in the group.

The following season, the championship was held in the German city of Bremerhaven, where Kazakhstan took fourth place in the group, but after defeating Austria and Norway, Kazakhstan retained a place in Group A and did not descend to the lower division.

The 2017-2018 season was the last step of Kazakhstan’s return to the top division. The tournament was held in France in the Courchevel ski resort. The backbone of the Kazakh team were the Barys Junior Club and some Altai Junior Club players. In their final match, against France, Kazakhstan won, 5:2, and clinched their return to the top.