By Dilshat Zhussupova in Tourism on 10 December 2018

ASTANA – Kazakhstan’s tourism brand was presented to the general public Dec. 7 at Astana’s Travel Media Talks international forum and will soon be submitted for state approval. 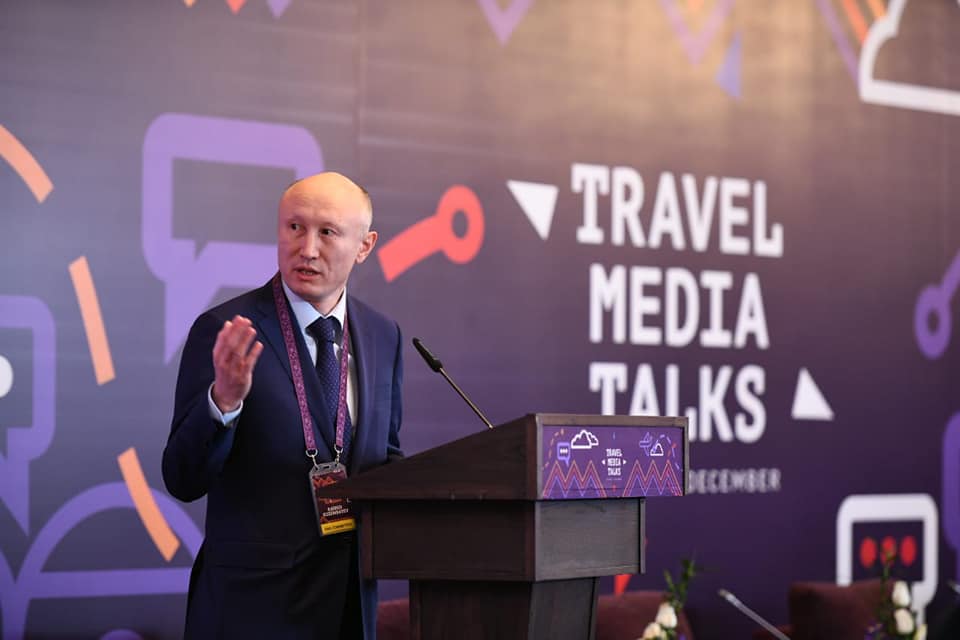 Tourism industry development is a state policy priority, as indicated by the 100 Concrete Steps to Implement Five Institutional Reforms initiative, the Strategic Development Plan until 2020 and Kazakhstan 2050 Strategy. The Kazakh Tourism national company has been institutionally developing the country’s tourism industry since 2017, and a state law and programme are underway.

Kazakh Tourism, along with a Kazakh agency called Action Media and Canadian agency Media Gurus Inc., strive to promote the country as an attractive travel destination by showcasing its diversity across ethnicity, religion, culture, language, cuisine, nature, climate and historical and sacred places. 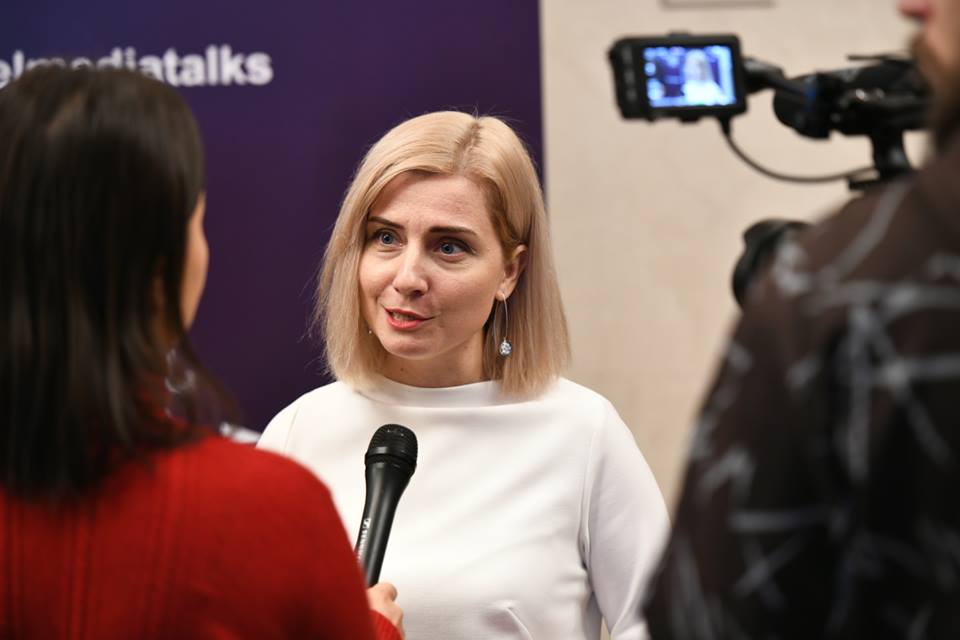 “Today, a brand is not a slogan or logo, it is an aggregated set of images filled with meaning. We should ask ourselves what kinds of meanings cities may hold – if a given city were to disappear off the face of the world, what kind of loss would the world undergo?” said public relations agency Lyulka PR founder and business magazine Community editor-in-chief Tatyana Lyulka on branding in a world of globalisation and digitisation.

Kazakhstan’s tourism brand will inform local and foreign audiences on its tourism opportunities, encourage their discovery and revolve around the four E’s – eco, ethno, events and entertainment. This will be achieved by its creative use of the suffix ‘-stan’. 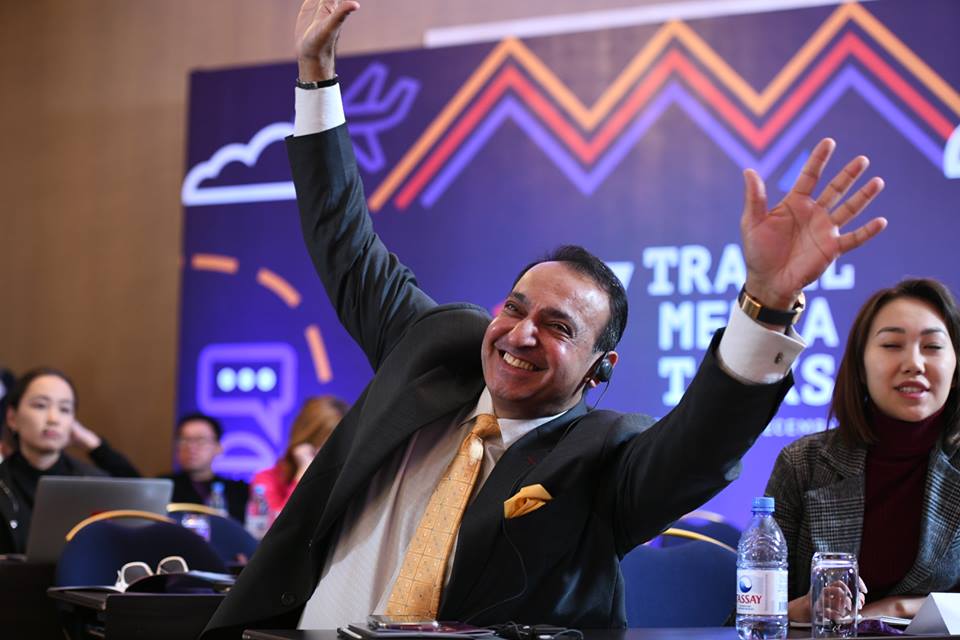 “Currently, many states with the ‘-stan’ suffix have serious image problems. Some conduct multimillion-dollar PR campaigns, others even consider changing the name of their country. While the West continues to portray ‘-stan’ in a negative way, we can break this perception by using the seemingly flawed suffix in our favour. How? We must possess the ‘-stan’ suffix, creating associations that are correct and beneficial for us,” said journalist and the project’s Creative Producer Riz Khan at the event, drawing an analogy of African-Americans in the United States overcoming negative media portrayals by taking ownership of black culture.

The brand name #Explorestan Kazakhstan thus came to be and may be readily used as a social media hashtag and interpreted by various sub-brands, such as #Friendlystan for a hospitality sub-brand.

“Having determined our brand name, our next step is its visualisation – the logo. We call on local and foreign agencies to participate in our brand logo competition. Following the logo creation stage is brand legitimisation, which will take place in three stages,” said Kazakh Tourism Deputy Chairperson Kairat Sadvakassov, listing logo selection by jury and online voting by February 2019 and presentation at next year’s global tourism convention ITB Berlin.

The brand promotion strategy is to make use of familiar communication channels that are traditional and social media, with a promotional video having recently aired on a television channel. Importantly, locals are to be engaged for effective brand promotion.

“We are aware that to implement a large-scale strategy for promoting this brand and making progress on destination marketing, it is necessary to involve all stakeholders – businesses, media and the blogosphere… That is why we organised this forum, which will become a platform for discussing our brand’s impact on tourism industry development,” said Kazakh Tourism Chairman Rashid Kuzembayev. 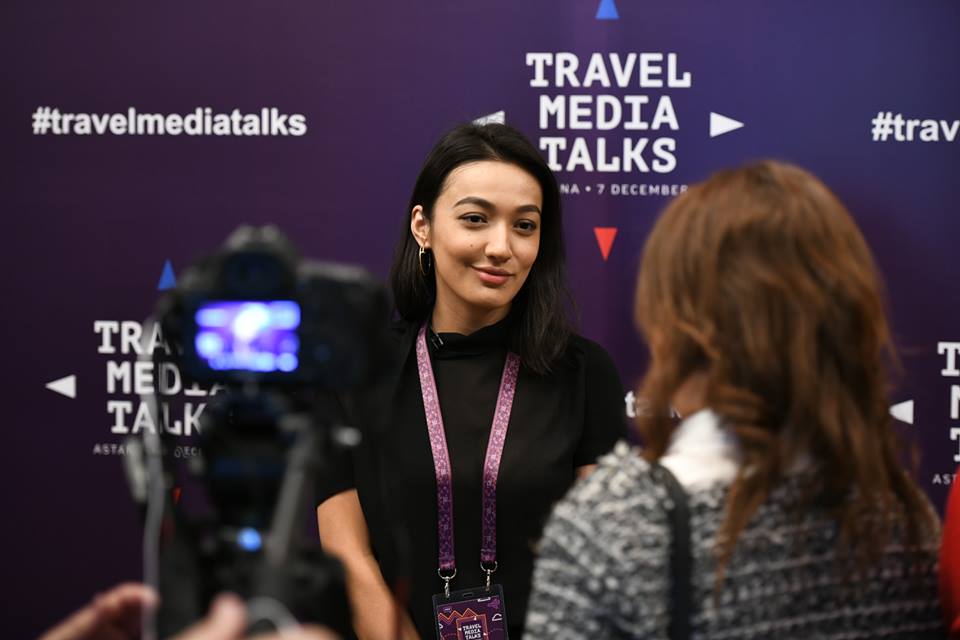 “Having met with heads of major media groups such as the British Broadcasting Corporation, I was told that Kazakhstan, in terms of its tourism image, does not have a clear stance on who we are targeting and what we offer… Following this conversation, we came to the conclusion that while there is clear and straightforward information available on Europe and the United States, this is lacking for Central Asia… and that we should write in a concise and accessible way. That is why, in launching the project (Steppe Asia), we produce information in Russian and English and write concisely on topics like ‘five things to do on a business trip in Astana’… for progressive people, including both foreigners and locals, who seek accessible information on travel,” said media project The Steppe founder Zaure Rozmat on what her new media project, which will produce Central Asian travel content and connect tour operators with readers, can contribute to nation branding.

“We approached Kazakhstan on launching the World Nomad Games in 2008-2009 but there appeared to be greater enthusiasm for hosting the 2017 Winter Universiade in Almaty – national games were perceived as a step backward compared to established franchises… Now, I am proud to say that our event is at the level of unique competitions such as bullfighting,” said former Kyrgyz Vice Minister of Culture, Information and Tourism and World Nomad Games Organiser Maksat Chakiyev on the importance of authentic nation branding.

This year, forum organisers Kazakh Tourism and the Kazakh Ministry of Culture and Sports’ Tourism Industry Committee invited media and tourism experts from Belarus, Kazakhstan, Kyrgyzstan, Russia, Ukraine and the United Kingdom to present to government officials, entrepreneurs, tour operators, media and bloggers. They intend to host the event annually.