By Aidana Yergaliyeva in Business on 17 December 2018 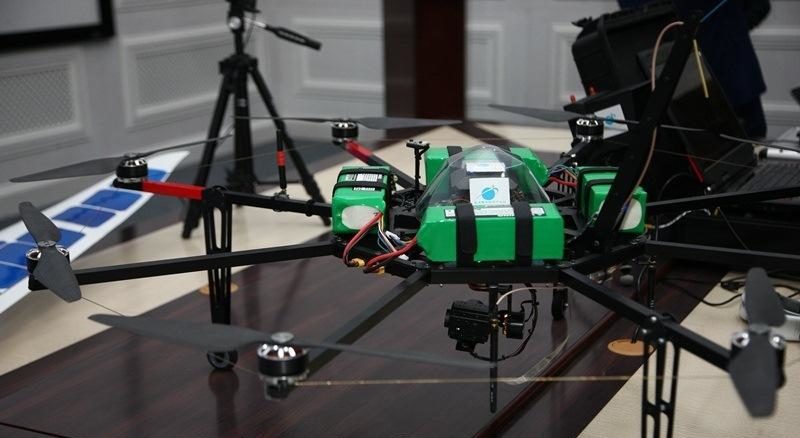 Garysh Sapary presented the designs March 8, 2017, noting the drone functionalities are close to other contemporary analogues. Dmitry Zernov, acting director of the Centre for High-Accuracy Satellite Navigation, spoke about the program May 23 during KADEX 2018, an international exhibition of weapons systems and military equipment.

He noted the UAVs can lift a load of up to 1.5 kilogrammes, shoot videos in infrared mode and aerial photography and fly for 1.5 hours. They are twice cheaper than classic drones, starting from six million tenge (US$16,207) depending on the payload. The main difference, he added, is that classic UAVs take off from a catapult, while Kazakh drones are launched on the quadcopter principle.

The agreement is one part of the memorandum signed between the parties at the meeting. The document outlines cooperation and joint projects on a “mutually beneficial basis,” noting the parties will also organise joint seminars, conferences, trainings, roundtables and presentations and form working groups. 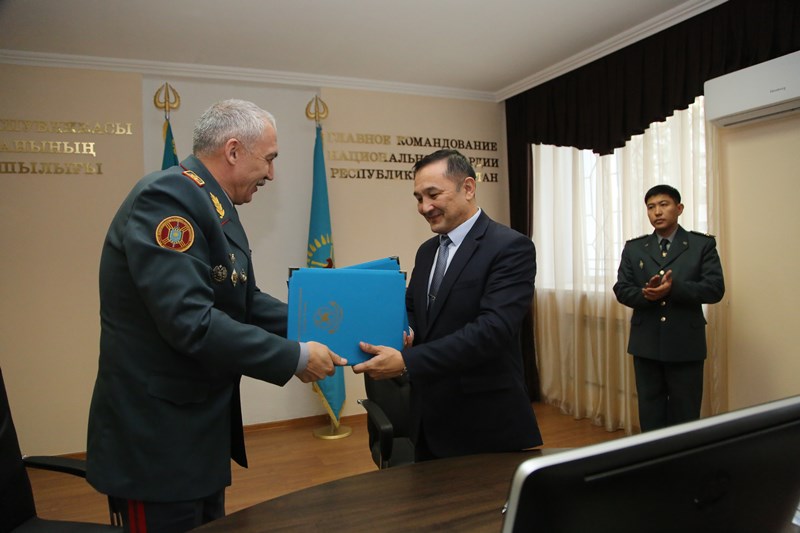 The National Guard feels the information and business cooperation document will “increase competitiveness in the domestic market,” reported its press service. The special forces will also  take advantage of exchanging technologies and experience.

“In almost the entire territory of Kazakhstan, important state facilities and correctional institutions are under the control of the National Guard. The use of our products will provide even greater security for the personnel,” said Aidyn Aimbetov, vice-president of Gharysh Sapary.

Gharysh Sapary was established in 2005 and has become more active in the last few years. Company engineers were recently involved in constructing KazSciSat-1 and KazSTSAT, scientific and technological satellites launched Dec. 4 aboard Falcon 9.

The company marked the 25th anniversary of Kazcosmos, the national space agency, by displaying their products at KADEX 2018 for the first time.