By Dilshat Zhussupova in Astana on 12 December 2018

ASTANA – Astana officials have completed construction on 71 out of 100 residential housing projects in which construction began since 2015 but was never completed. 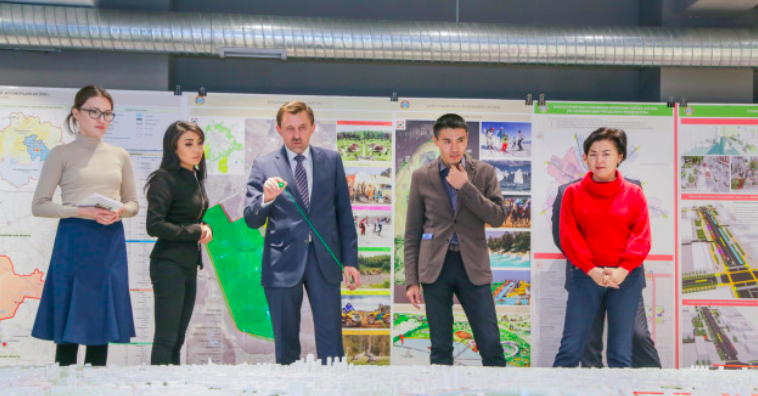 “In early 2015, more than 100 incomplete objects were identified, for which there were complaints from residents who had purchased housing but did not receive it,” said Astana Deputy Mayor Sergey Khoroshun at a Dec. 7 press conference. “A joint action plan was developed by the interdepartmental commission and, at the beginning of this year, this number was reduced to 62 objects – the rest were commissioned for completion. Presently, 29 of these 62 objects remain to be completed. Generally, these are objects for which there were concrete instances of fund misappropriation and measures were taken against real estate developers.”

The remaining objects will be complete under the Nurly Zher land and housing development programme launched in 2017, for which Baiterek National Holding has allocated 40 billion tenge (US$108.19 million). Completed design and documentation of and contractors for all 29 objects will be organised by mid-2019, he said, noting that each object’s construction may take approximately 1-2.5 years.

“A financial model was calculated for each object, making the return of assets and funds to the state budget, following the completion of construction, possible,” said the deputy mayor, adding that the allocated funds are to be returned within four years.

Two hundred and forty-three objects were left incomplete during the first wave of shared construction projects in 2007-2009, with 130,000 real estate investors left at the mercy of deceitful developers who were selected for their low prices per square metre. To prevent similar situations of incomplete construction projects, amendments were made to the Law on Housing Relations. Nevertheless, Khoroshun advised potential investors to remain vigilant.