ASTANA – More than 16 years have passed since Kazakhstan entered the Union of European Football Associations (UEFA) family. In that time, the level of the country’s game should have noticeably progressed, but it hasn’t. Aktobe Football Club board member and well-known Aktobe football expert Nikolai Ivanov feels there is a need to work on the balance of foreign players to develop the game in the nation. 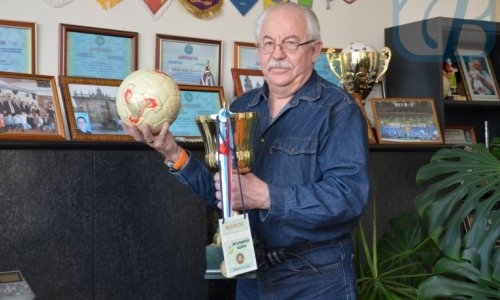 While Astana Football Club, the country’s current champion, has had success in the European Cup, other domestic teams have not achieved much at the international arena. Many Kazakh experts believe the limit on players who are not local football pupils or their equivalent has become a serious barrier to the development and progress of young Kazakh players.

“This is quite a complicated question and it needs to be considered from two positions. The first is the position of a club and the second is the position of our national team and its interests. When it comes to clubs, they usually say that they don’t need a limit at all, so the more legionnaires, the better. The club declaration is like this: ‘Give us high-quality legionnaires, that is, as much as we have the means for, and we will achieve results in European competitions.’ And so on. And there is an example of this – Astana Football Club, – which manages to produce a result at the current limit,” said Ivanov, according to Sports.kz.

Balancing these directions is the main goal of the Kazakhstan Football Federation and Professional Football League.

“Today, Astana FC is the only club that gives a stable result and earns points. As for the national team, we have the result and it is unsatisfactory. Hence, on this basis, the vector needs to be corrected,” said Ivanov.

He added there is a need to prevent setting an artificial limit. A working group of specialists should be formed to look at the problem from all angles and suggest the optimal choice. Decisions at the club manager level may contain a conflict of interests, bearing in mind the different levels of funding and absence of restrictions on players’ wages.

“Today, it is clear that something needs to be changed here. From that group of young players who passed that limit in due time, Yury Logvinenko comes to my memory, but this is almost an isolated case when we have the result – and this is history. And we need to think about the future. Here, we need to think about everything correctly and without emotions, because as soon as (president of FC Kairat Almaty) Kairat Boranbayev starts talking about tightening this limit, the pretext for this is that Kairat can’t become a champion – therefore he protects his interest and tries to weaken Astana in achieving this goal. In general, some judgments in this matter seem to me not to be football, but near football,” he said.