By Aidana Yergaliyeva in Culture on 28 November 2018 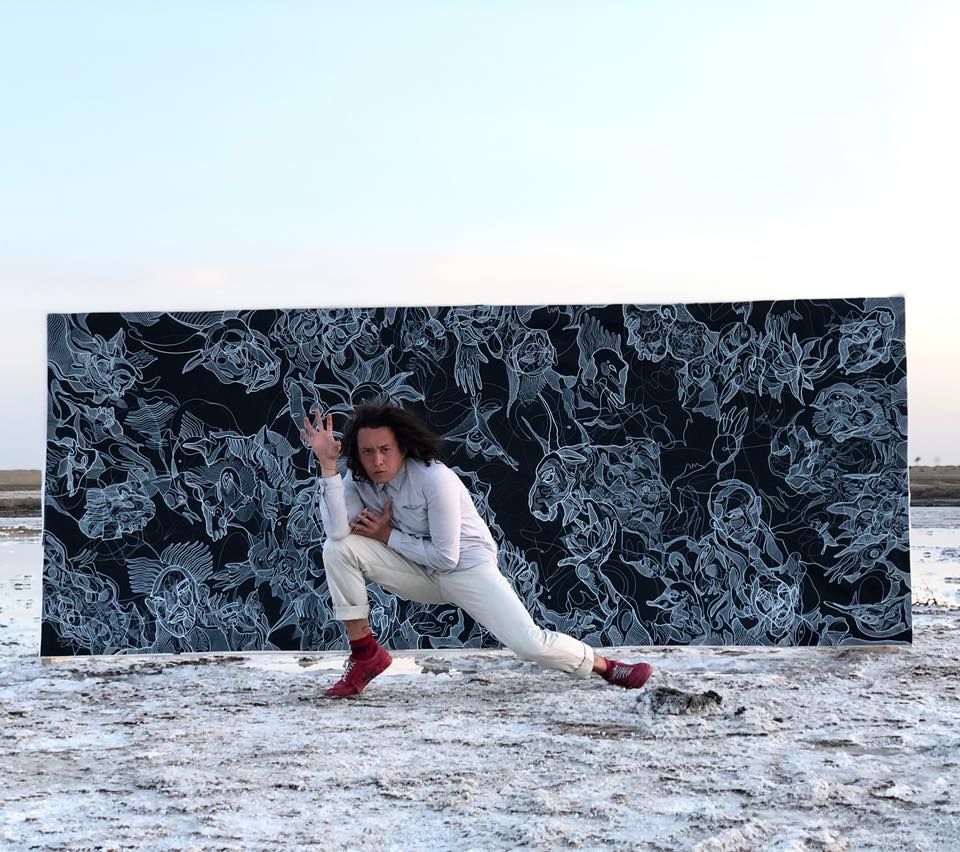 “Adil Aubekerov, an artist of the 21st century, is looking for signs of purpose not in the ingenious science of fortune telling, but in patient questioning of reality about the meaning of their art. He is waiting for the beauty in full arms to mature in his heart and will tell the moment for the action, the moment when it should enter into this world. This is a special kind of hunt for power,” said exhibition curator Yerzhan Akatayev.

An ethnic Kazakh, Aubekerov was born and raised in Astrakhan, one of the Russian cities of cultural and economic importance. He connects with the Great Steppes in his own way.

“What I do is this great song of nothing less than the Great Steppe. Since my place of birth is the Astrakhan region, this steppe climate also inspires me very much. Therefore, all that is collected here is a kind of love for these places,” he said.

His works were well received at exhibitions in Moscow, St. Petersburg and Saint-Tropez and previously shown in France, Germany and Spain. They reflect his thoughts on the history of his homeland.

“I see a dialogue with the past. It is the ancient cultures that might have populated the localities that we could get inspired from,” he added.

Aubekerov visited Kazakhstan in August to participate in the three-part Astana Art Show, one of autumn’s brightest events. He painted the façade of the gallery. His display continues the theme of the steppes and sacral places of “Ghost Exhibition,” the last part of the show.

“His paintings beam a strong energy and power. The energy is very positive. Some people might think that some images are frightening, but he explained to me that these images, on the contrary, guard a person. Just like the chimeras in Notre Dame or like some Japanese houses that have these scary monsters on their roofs, they are there to protect the owners from evil spirits,” said gallery owner Dina Baitasova.

The exhibit contains both his earlier paintings and new ones created exclusively for the show. “The mirror of a soul” is the first work that catches one’s eye. 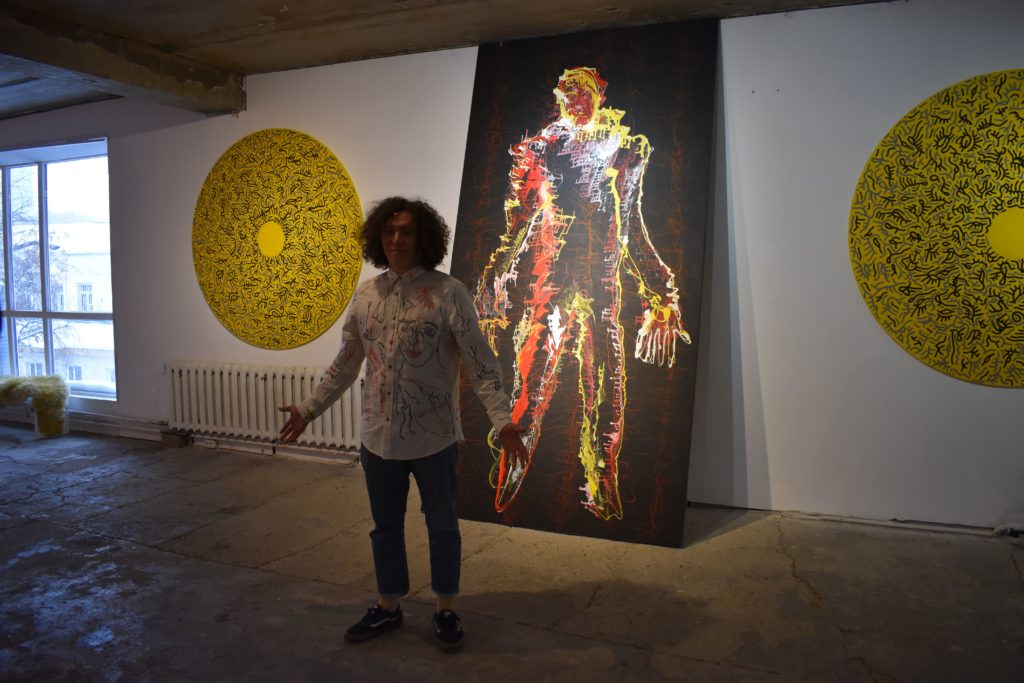 Adil Aubekerov and his painting “The mirror of a soul.”

“I always liked the feeling of a portal. These lines are from vibration; i.e. I try to paint sound periodically,” said Aubekerov. “This silhouette is like a mirror; i.e. you come up to a mirror and contemplate yourself on a bigger scale: what are you in relation to beauty, nature?” he asked.

One can see human shapes reminiscent of faces and hands in nearly every painting. All represent the inner state of a person and, maybe, even the visualisation of a soul, he said.

“These are the eternal themes on the crossroads of life and death. Nobody knows what’s in there. It is important for me, as a painter, to think about. In all of these, there is something mystical,” he added.

Aubekerov also noted the importance of the visitor’s final perception, because “each painting has a detail that completes something in the next painting… They work in complex to create a general picture.”

As the exhibit name indicates, lines and destination are the keys to understanding the painter’s mind.

“The line of life is the complex of everything. All of my visual culture forms with lines. If you take a look at a human, some combination of lines gives its figure. We read this is a building or a cup or a spoon with minimal quantity of lines that give us the description. Everything should work in a complex,” he said.

Aubekerov often paints in an unconscious manner, letting his feelings and inner state dictate his motions. At the same time, his paintings are very serious and address certain issues. His work is similar to many European artists of the 20th century who were interested in unconscious art, whose brushstrokes unveiled the stories that Aubekerov notes are “stored in our subconscious mind.”

“All of this initially splashes unconsciously, but then it gets corrected by my own preferences and experience. It is not possible to say that it is only unconscious. Unconscious energy is chaos; it is important to direct this energy,” he said. 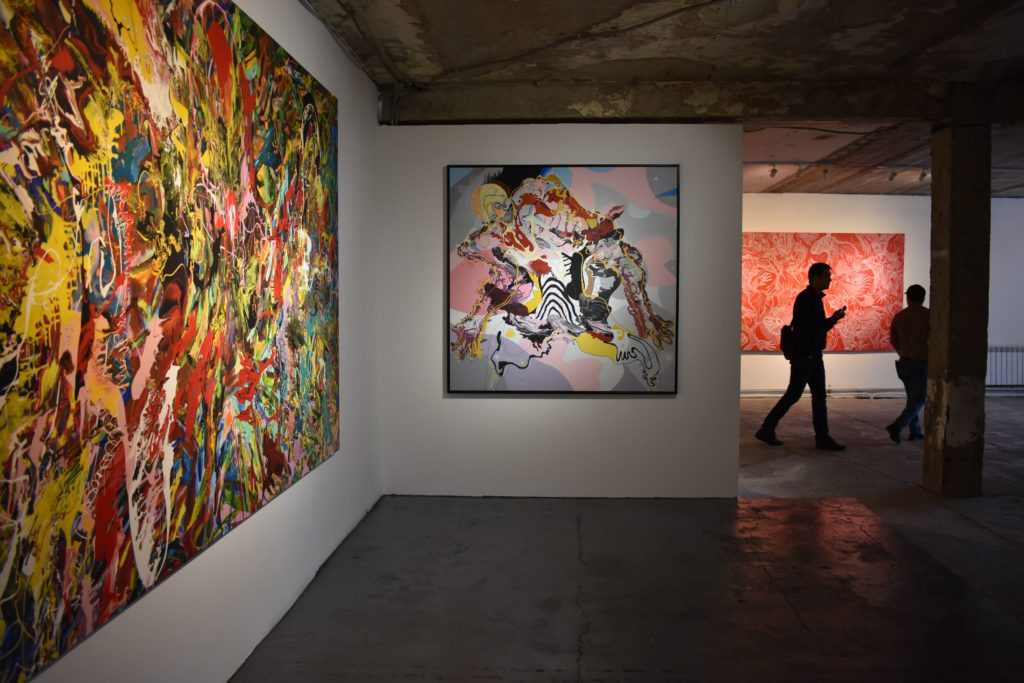