ASTANA – Travelling is a life changing experience. For Almaty native and experienced alpinist Magzhan Sagimbayev, the first Kazakh to travel the world on a solo bicycle trip, it is a natural freedom. 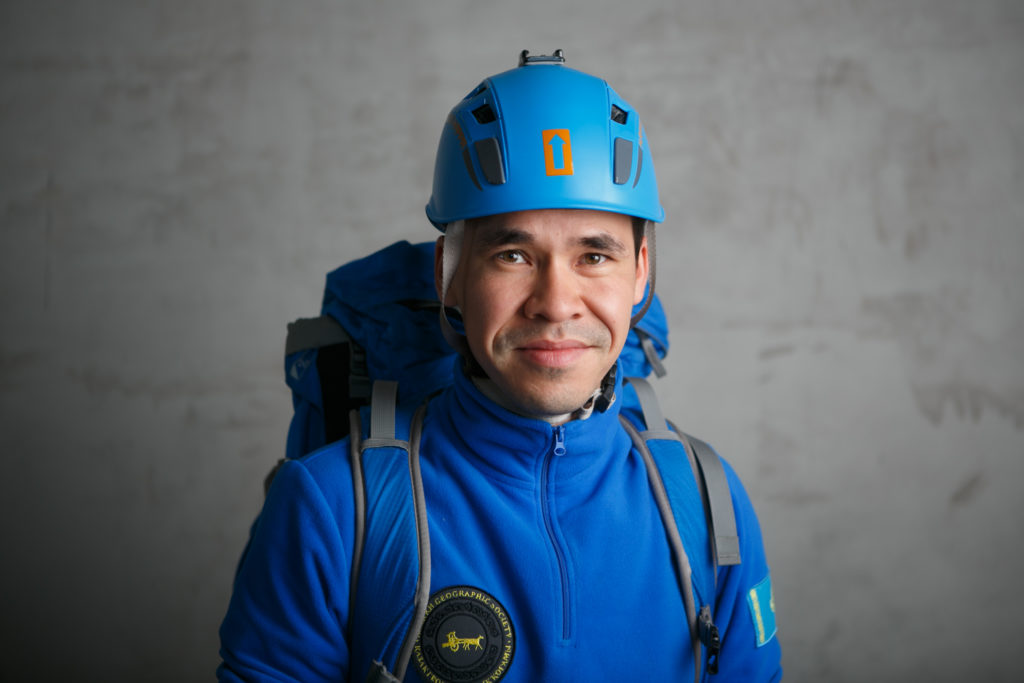 Sagimbayev, also project manager at Kazakh Geographic Society, is among the country’s 100 New Faces, representing exemplary individuals throughout the country whose sustained efforts inspire other citizens. 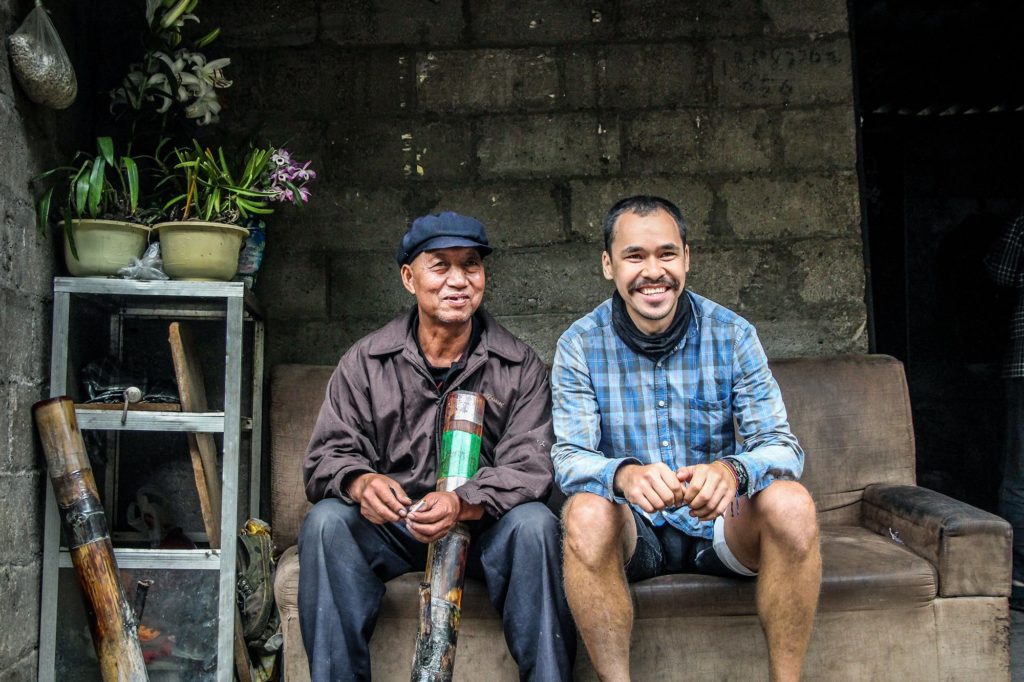 “I came up with this idea in 2013, when two cyclists from France, Marc and Gotye, visited Kazakhstan. I liked their story and their photos. They inspired me. In 2014, I welcomed Carolina from France to the city, who got here by foot and it took her two years. This was a ‘wow’ for me. She showed me photos; she was a great photographer. I have rarely seen such photos anywhere,” he said in an interview for this story.

Sagimbayev wrote “Nomad on Two Wheels,” where he narrates his journey in notes taken during the trip. He will present the book Nov. 24 at Dostyk Plaza in Almaty.

“The book includes notes that I wrote daily. There are more than 200. We have been working with my editor Ulpan Ramazanova for more than a year. The book is in print now,” he added. 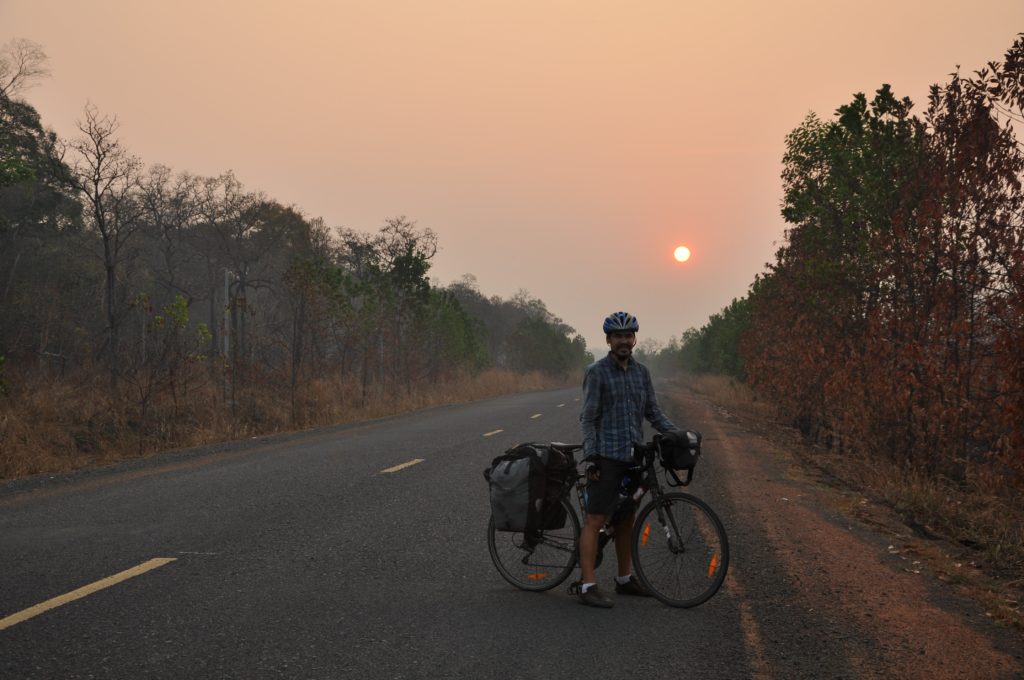 The stories of different people motivate the Kazakh traveller.

“People inspire me, their stories. Every person motivates you to achieve a new goal and I was inspired, too. We read many books when we were children. This child curiosity helped in adult life. Why not see the world, meet new people and see how they live there?” he said.

“There is also one great movie ‘Into the Wild.’ This story was found by journalist Jon Krakauer and then directed by Sean Penn. This story of Chris McCandless [an American hiker known for giving away all of his possessions and heading to Alaska’s wilderness] is really great. The film inspires a person to freedom, freedom from civilisation, freedom from this world. Something at that moment happened in my mind and I decided to launch such a project,” he added.

“It was the desire of people to discover the world, see new people, visit new lands and now people, and me personally, travel to open the world for ourselves,” said Sagimbayev.

He believes travelling is a big school and does not necessarily entail crossing a border.

“It inspires and gives you wings and knowledge in terms of language, culture, culinary, traditions, outlook and communication with people. I believe this bundle instils new values. You have something to compare, too,” he noted.

“The world is diverse. Some live a rich life, for example, in Europe, America or Australia, and some live very poor. When you see all this, something changes in your world perception. I believe that is why I love travelling and because a person can escape from routine daily life,” he added.

An experienced alpinist, Sagimbayev is also known for his mountainous adventures, where a person “can get closer to nature, closer to real and return to a natural habitat,” he said.

He plans to complete the famous Seven Summits challenge, an ultimate lifetime achievement, where the goal is to climb the highest peaks in each of the seven continents. To date, he has scaled Aconcagua (the second highest of the Seven Summits), Kilimanjaro, Elbrus and Vinson and plans to climb 6,194-metre Denali Peak in North America. He has also been part of an expedition to the South Pole and plans to reach the North Pole. 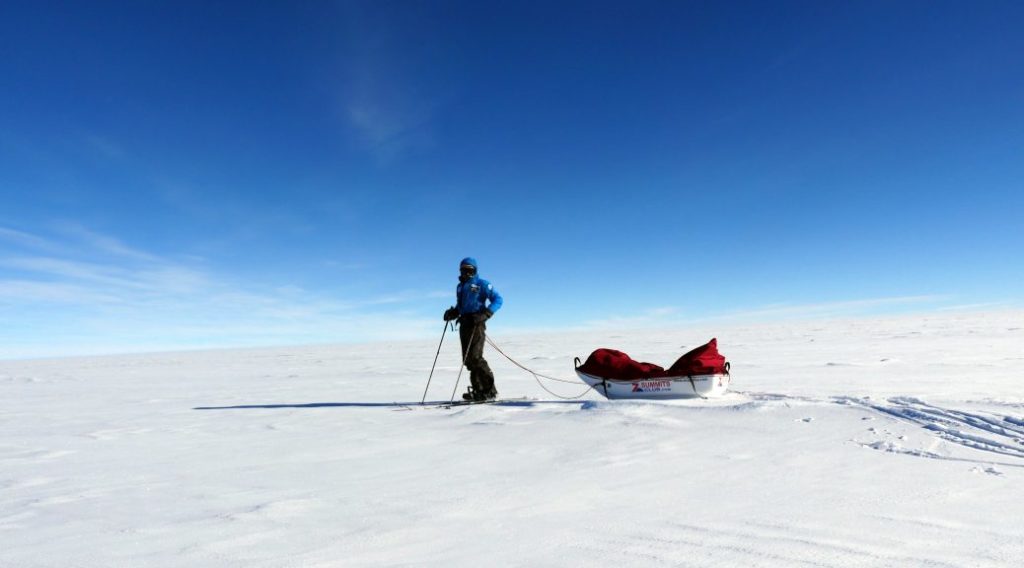 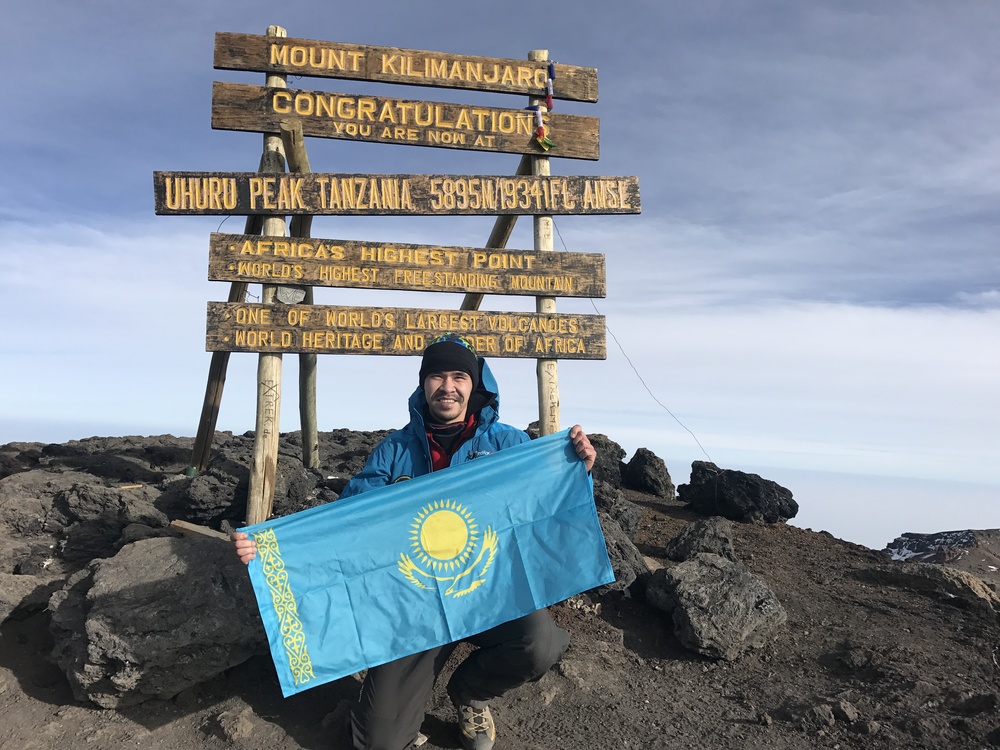 Sagimbayev travels with the Kazakh Geographic Society team that has completed several expeditions in recent years. The group has finished Uly Dala Eline Sayahat (Tour across the Country of the Great Steppe), Expedition 25 celebrating the 25th anniversary of Kazakhstan’s Independence and the Zhetisy expedition.

“Each trip is unique and interesting in itself. I gain new motivation and knowledge from each journey,” he said.

“I cannot sit in one place. I want to do active things and feel that you experience this path. This is a challenge in itself. Any climbing is hard, but these trials make you stronger and you feel you truly live,” he added.