By Staff Report in International on 10 November 2018

ASTANA – The price tag for Kazakhstan to launch two of its satellites aboard the Falcon 9 launch vehicle will be $1.3 million, said Minister of Defence and Aerospace Industry Beibut Atamkulov at the Nov. 6 government meeting. 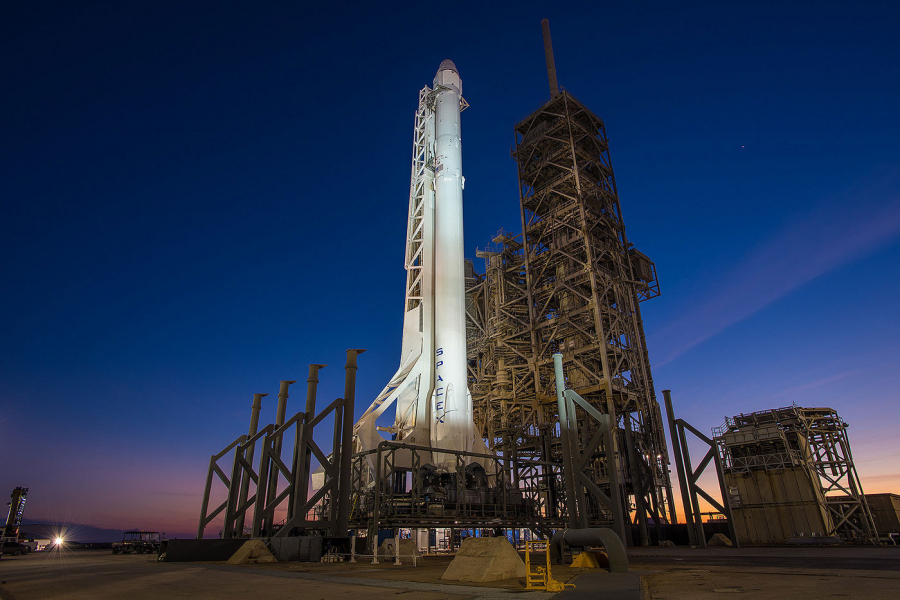 The satellites are scheduled for take-off Nov. 19 in California, Vice Minister of Defence and Aerospace Industry Marat Nurguzhin announced the previous day at the Digital Bridge international innovation forum in the capital. Falcon 9 is a family of disposable and partially reusable heavy-class launch vehicles developed by SpaceX, an American company owned by Tesla founder Elon Musk.

Atamkulov added the satellites were planned for launch last year, but the Dnepr programme, under which they were developed, was closed. As a result, there was a need to consider alternative launches from other countries.

“As this programme of the Russian Federation was closed, we looked at the launches of other countries, such as SpaceX, and picked it up since it would be cheaper for the [Kazakh] budget. [SpaceX was cheaper because] there are double launches in conjunction with other [U.S.] satellites. This is cost effective for the state,” he said.

He did not know the amount that using SpaceX vehicles will save the budget.

“I can’t compare; it’s cheap enough. It is difficult, capacious work, because some satellites wait three years. It all depends on how long you will keep this satellite on the waiting list,” he added.

The satellites are replacement communications models which will be substituted for existing devices, noted Nurguzhin. The work of Kazakh engineers and designers will be tested, as they will receive a flight history and be able to create and commercialise their own satellites.

“More than 150 engineers have been trained at factories in Europe, England and Russia. They are working here in Kazakhstan and we have created our third space system of scientific and technological importance,” he added.