By Saltanat Boteu in Tourism on 8 November 2018

ASTANA – The Kazakh Government recently opened the Tarbagatai National Park in the Urzhar district in the eastern Kazakhstan to preserve the area’s diverse nature, develop tourism and improve its economy. 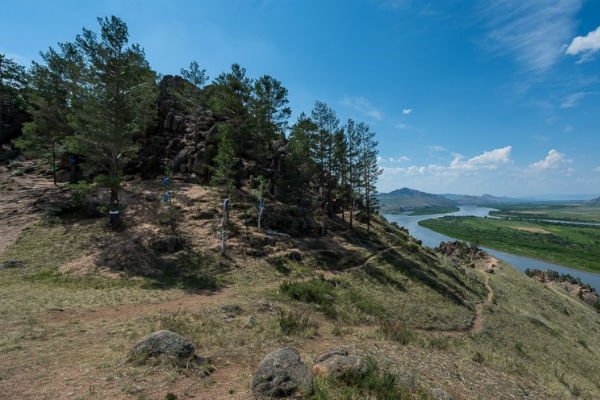 The park is Kazakhstan’s 13th national park and covers 143,550 hectares, including 7,183-hectare protected zone. The park includes the southern foothills of the Tarbagatai and the Urzhar, Katynsu and Emil river basins.

Its green area is divided into four parts, two of which are conservation and ecological zones that are protected with visitor restrictions. The territory is accessible with special permission. The other parts of the land are for tourists and locals’ use.

“The third zone is an ecology and tourism zone. We have big plans for it. We will actively develop tourism in this part of the park. In the fourth zone, along with grazing cattle, mowing grass will be possible. It will also be possible to do apiary. However, all these actions should be coordinated with the park. Now, our staff are visiting the rural districts and carrying out explanatory work with the population,” said Tarbagatai National Park Director Alibek Tokymtayev, according to 24.kz.

The park’s Forester and Department Supervisor Yerezhep Temeshov, who has worked 40 years in the field, believes the park does not have analogues around the world.

“If you were in different parts of the world, then I’m sure that you haven’t seen such a miracle yet. … Apples grow here (Urzhar Oporto and Malus sieversii apples). Therefore, the opening of this park provides great opportunities. We will be able to preserve and increase this flora and fauna,” he said.

The national park consists of six cluster land plots, which indicate the diversity of the landscape and its inhabitants. According to expert-biologist Tatyana Utyasheva, fauna of the Tarbagatai Park includes about 1,640 species. The flora includes 167 endemic species. The fauna of vertebrates includes 376 species, including 19 fish, two amphibians, 23 reptiles, 272 birds and 60 mammals’ species. Forty rare and endangered vertebrate animal species of the area are listed in Kazakhstan’s Red Book, which is a list of rare and endangered animals, plants and fungi.