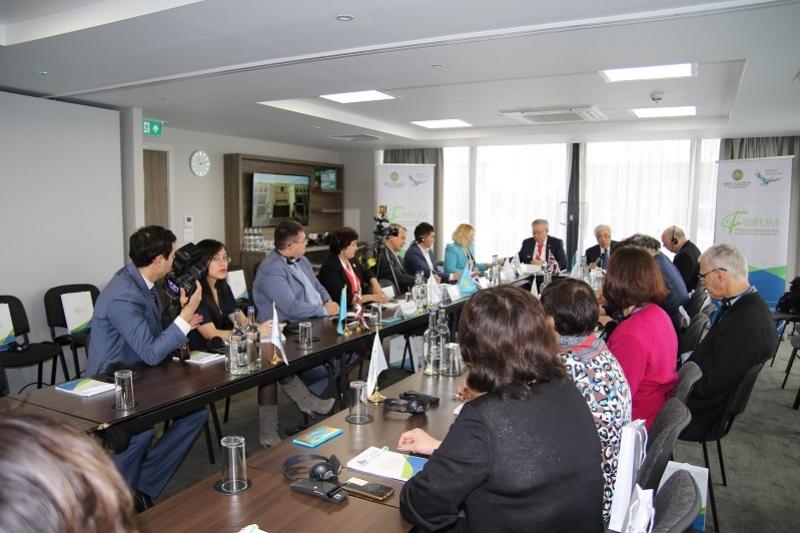 “Our [Kazakh] literature is competitive in terms of content. We are no worse than others, but the problem is in its dissemination. To write a work is one thing, but to promote it to a large market is quite another. In this regard, we do not have a systematic approach; literature management is not developed,” said journalist and writer Yesbolat Aydabosyn.

While he is one of the brightest young representatives of Kazakh prose, Aydabosyn is not yet known internationally. His works, such as the books “Sulіkqara” and “Qyzyl saqa,” are often published in authoritative Kazakh periodicals and literary websites. Aydabosyn believes the Kazakh literary genre is well developed and has its established audience, yet is acknowledged only within the country.

Among the books presented were “Life Spent in Expectation” and “Genghis Khan, the son of the Ile region” by Beksultan Nurzhekeyev and “Sounds of Kobyz” by poet Bakytzhan Tobayakov. The authors suggested there is a need to popularise modern Kazakh culture globally.

Director Rustem Abdrashev presented his television series “Almas Qylysh” about the formation of the Kazakh Khanate. Forum guests also had the chance to become acquainted with the works of painter and sculptor Ruslan Akanayev from his “Seasons” series, as well as a photo exhibition about Kazakh culture and art. They discussed further developing contemporary Kazakh literature, informational resources and the challenges of preserving identity in an international context.

“Due to the fact that there are big structural changes in Kazakh society, it gives a great incentive to writers, filmmakers and artists. I think we are now witnessing this process,” said British journalist and writer Nick Fielding.

The event, part of the Ruhani Zhangyru (Modernisation of Kazakhstan’s Identity) programme, was organised by the Kazakh Ministry of Culture and Sport, Kazakh Writers’ Union and the National Academic Library, with support from the Kazakh Embassy in the U.K.