ASTANA – More than 70 children participated in a recent open tennis tournament in Shymkent. 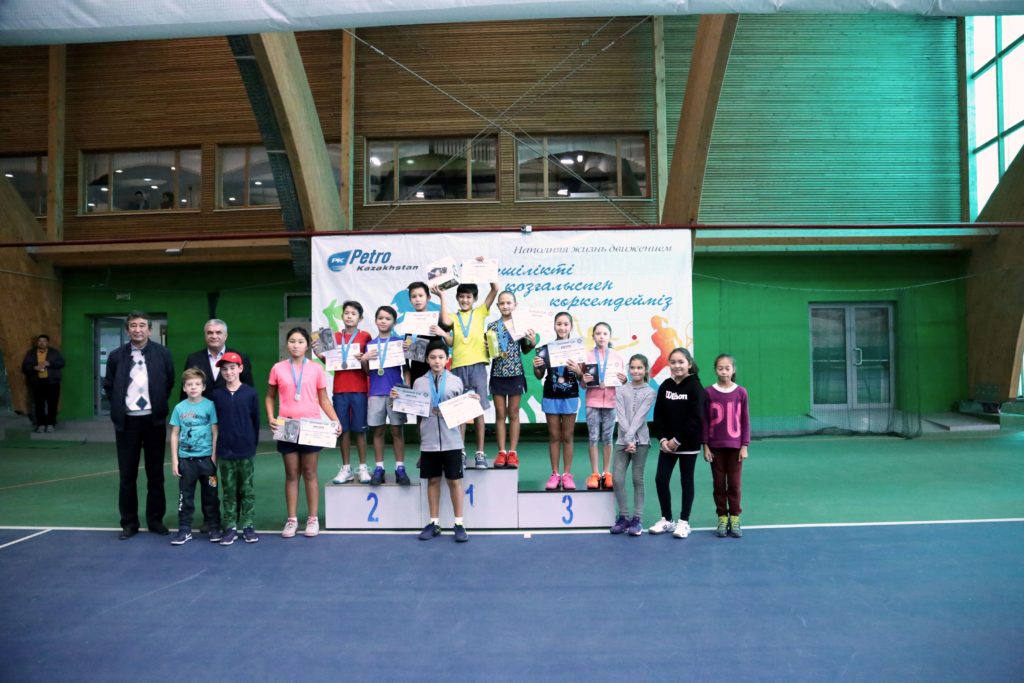 The tournament was sponsored by PetroKazakhstan Oil Products (PKOP) as part of an ongoing effort by the company to promote sports in the region.

Tennis is popular in Kazakhstan and the Kazakh Tennis Federation often sponsors national level tournaments. However, the sport remains out of reach for many as a result of associated costs.

So, the company stepped in to sponsor the open four-part Shymkent Cup juniors tennis tournament.

The first three parts of the tournament were held at the International Tennis Centre in Shymkent and were among some of the region’s most well attended sporting events of the autumn.

Players from around Kazakhstan participated, including from Uralsk, Ust-Kamenogorsk, Aktobe, Taraz, Almaty, Astana and Petropavlovsk.

According to the results of the third competition of the Shymkent Cup 12 & Under held Nov. 2, Karakat Koilybayeva won among girls, while Damir Ibragimov won among boys. Daniel Tazabekov and Anastassiya Krymkova won the mixed doubles.

“I am so pleased that I won!” said Koilybayeva. “My parents first took me to the tennis centre and I spend two hours there every day, and I enjoy it all.”

“I had two tough opponents in the tournament and it wasn’t easy. I want to play as well as I can and to do so I need to train more. I’d like to become like Raphael Nadal. I chose tennis myself,” said Damir.

The fourth round of competition is planned for this December.

Winners received gadgets since the rules for those under 18 allow no cash prizes.

“After receiving prizes from the first competition, a lot of the players were motivated to take part in subsequent tournaments, and we saw more and more children taking part,” said Chief Tournament Referee and Trainer Ruslan Areprintsev.

International Tennis Centre in Shymkent is well known in Kazakhstan. It helped to reveal the potential of young Dastanbek Tashbulatov, one of Kazakhstan’s brightest youth tennis stars. Tashbulatov set a record this year at the category A unofficial youth world championships in the United States, the Orange Bowl Dunlop International Tennis Championships, which is held annually in Florida. Tashbulatov came second in this tournament and has risen to No. 50 in the world.