Singaporean Ambassador to Kazakhstan Zulkifli Bakharudin recently spoke with exclusive.kz, noting the secret of his country’s success is the absence of a “sacred cow.” The nation is always ready to change, even the legacy of the great Lee Kuan Yew. 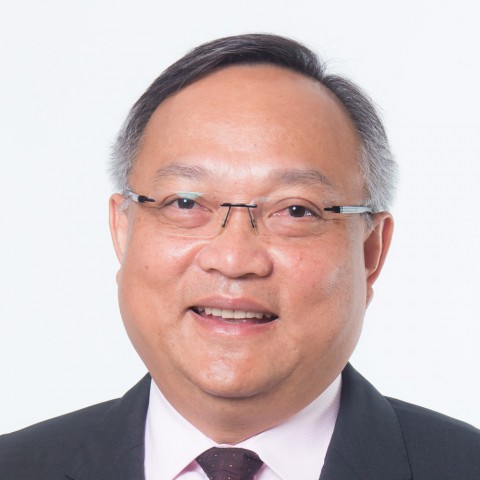 As the Singaporean Ambassador to Kazakhstan and Uzbekistan, you know Central Asia very well. Your biography is closely connected with business. Is it typical for Singapore to focus on business in diplomacy?

Our government chooses candidates for such positions from among the Singaporean business community in such a way that they correspond to high professional and personal qualities, since this is a rather public job and it is quite low-paid. It is very important that the ambassador not only knows countries he or she cooperates with and maintains diplomatic relations, but also has a special affection for them. And this is the kind of affection I have for Kazakhstan.

Yes, geographically, we are very far from each other, but our relations are unique. They are based on the very warm relationship between our leaders, Nursultan Nazarbayev and the late Lee Kuan Yew. Thus, we can say that Singapore and Kazakhstan inherited this goodwill of the two leaders and my goal is to further promote it, unite our countries to continue the traditions started by our leaders.

Integration processes have begun in Central Asia. Do you think Asian countries can help to make these integrations irreversible?

First of all, we have a lot in common. Being small countries, we need to maintain strong economies, keep a balance with other countries and have our own strong, efficient army in order to have the right to hold our position in this big game in order for great powers to honour us.

Secondly, Kazakhstan should have its own position in the region and in the world. Both Kazakhstan and Singapore need to be very mobile. We must quickly adapt to new conditions.

Thirdly, as part of the Association of Southeast Asian Nations (ASEAN), Singapore has an impact on its regional partners. We are trying to involve them in centrifugal processes; inter alia, we are strengthening relations between ASEAN and the Eurasian Economic Union (EAEU). I think that Kazakhstan has great opportunities to work in this direction.

It sounds like you are referring to the negotiations on creating a free trade zone between Singapore and the EAEU. What are the areas of common interest? The EAEU is now criticised in our country due to the fact that the major recipient of dividends from this organisation is Russia, which, as a consequence, has the greatest influence in it.

I think you should not be distracted by temporary difficulties. The most crucial thing in the development of relations is the strong economic and diplomatic ties that create the foundation for stable relations.

Yes, we are actually different and far away from each other, but now it is essential to lay the foundation and build a sustainable infrastructure for future generations. Perhaps I will not be there to see my results, but my children will enjoy these fruits. Singapore had the same situation with other countries, such as China and India, not to mention Europe and the U.S. Thanks to political and economic relations, Europe and the United States are the largest trading partners of Singapore.

Kazakhstan is a very young state. It is characterised by features such as impatience and ambitiousness. These are very good qualities for a young country, but you should not hurry too much. In order to build a house, you need a solid foundation. If we recall our relations with the West, the construction of the foundation took many years. Kazakhstan must also learn to wait its time.

We are ready to wait any time, but after all, Singapore is also a very ambitious country. Singapore’s impressive progress has been attained in just a few decades.

At the time when Singapore gained independence, we were also a multi-ethnic state with numerous internal social contradictions, but we had a clear agenda – to survive and thrive. We did not have water and food, so every member of the Singaporean society understood that tomorrow we should become better than we are. We have invested a lot in education, in improving professional competencies, because they always have the most long-term effect. Poor families sent their children to study, even if they did not have enough money for food,  and it bore fruit. Each member of the Singaporean society sought prosperity. The same trend existed in other ASEAN countries and this is the answer to the question of why our region is developing so rapidly.

Our late leader decided that Singapore should be transferred from the Third World to the First World. He hoped to see it before his death and he did it. Therefore, the most important thing is the prosperity of a country. Many want to achieve something big, but not everyone is ready to sacrifice something for the sake of this goal. We used to receive a lot of criticism of our education system, which put pressure on our children. But we did not give up and did not change the system. Now, we have a highly educated population.

The second is the implementation of the transport capabilities of Singapore. Let me remind you that we have created the largest seaport in the world; we have the largest container shipping company and it is state-owned. We have Singapore Airlines, but they are owned by France. That is, we were ready to sacrifice our ambitions and give up our company so that it develops.

Singapore is known for its medical tourism. Our largest medical company was bought by Malaysia, but this did not affect our decision. Now, people come to the Malaysian hospital and are treated there. Many do not understand us, but this is our strategy.

By the very fact of its existence, Singapore is important not only for Central Asia, but also for the whole world. This is a story of tremendous post-traumatic growth in the country of state capitalism. We have been advised to reduce the role of the state in the economy. How did you find the balance?

We have attracted global transnational corporations to develop the economy of Singapore. We have invested in education and training. When we managed to implement this, we realised that the state should take a leading role in creating infrastructure, building an airport and oil refineries. The task was to find and appoint the best managers in these areas. If we did not find them in the region, we searched for them all over the world. As soon as these state-owned companies reached the peak of their growth, we sold the major share of these companies to the private sector. No government-owned corporation can operate successfully for a long time without participation of the private sector. Therefore, we have put up for sale almost all of our state-owned companies. The role of the state is to sow seeds. The state will never be able to successfully do its business. Only 20 percent of companies in the energy sector are Singaporean; 80 percent came from outside. The role of the state should be limited to the creation of infrastructure.

That is quite a non-typical governance model for a state. Will this strategy be somehow adjusted in the new conditions? It is always hard to succeed, but it is even harder to develop and grow. What new goals are set for the country now?

If you remember, the history of Singapore is a series of continuous crises. Our recipe is that during each crisis, we built committees that included both government members and key members of the high society of Singapore. As our Prime Minister says, “There is no sacred cow in Singapore;” that is, we can change anything, even what our late leader said.

Currently, the Committee on the Future Economy operates in Singapore. Its task is to shape the development path for the next 20-30 years. If they say that we have to cut or sew something, we will do it. Singapore differs from other countries in that we are not burdened with our heritage. We do not look back. Every time we start with a clean slate. We always try to find the best people. We involve foreigners only because they are the best in their area. They work with us to develop a roadmap. You have to be flexible and adapt quickly. Changing the current policy will not guarantee that in the future you will achieve something. There is no other choice. We created and are still creating Singapore as a financial centre. We decided to merge local banks. Currently, we have only three operating local banks. We invited foreign banks. Singapore has become better, so we should be ready to sacrifice. Singapore thrives thanks to this policy.

We always knew how to trade and make money. We still compete with Australia, Hong Kong and Tokyo. We are trying to be unique and attract investors. We show that we can manage risks in the financial sector better than others.

My advice for Kazakhstan is to use resources that we do not have, yet it is important to understand that creating a new mindset will take time. Perhaps this is the most difficult task. Kazakhstan should pursue this way – the way of developing communication with the external world.

The West has made it clear to us that it is not up to Central Asia now, but as a good alternative, we have been offered China’s Belt and Road project. What is the role of Singapore in this initiative? How do you assess it in general?

Singapore wants to be part of this initiative, so we built a special free trade zone in China. We hope that this zone will become the main element of the road that unites Central Asia and China. Singapore cannot ignore initiatives in the region, so we become a part of them. We try to cooperate with all players in other regions, not just with China. Kazakhstan is becoming an active participant in this initiative, if only because it passes through Kazakhstan. However, you should not rely on this project alone. You have to do something on your own. You have to be strong to offer your initiatives. You should have a higher level of participation in other initiatives.

Finally, when a person does too much shopping, he/she ultimately cannot understand what he/she needs. It is very important to always understand what you really want and keep this focus.