By Elya Altynsarina in International on 15 November 2018 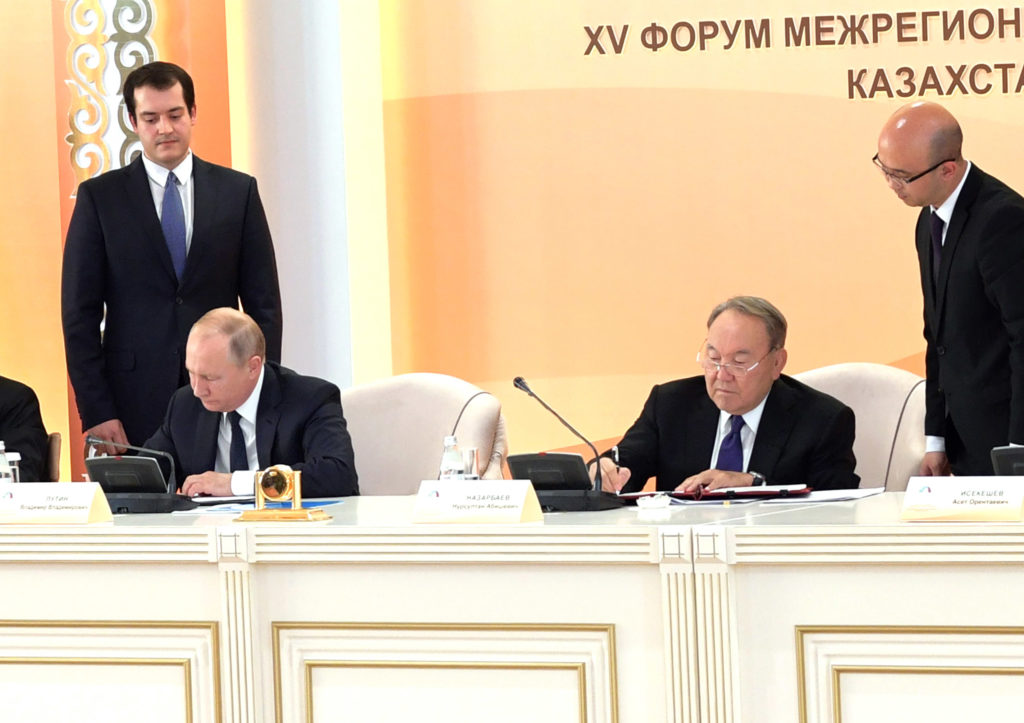 The presidents were briefed during their meeting on the development of the Baikonur space complex, the construction of social facilities, the repair of infrastructure networks and the gasification of residential areas in Baikonur city.

The two countries are expected to sign a cooperation agreement in 2019 to develop tourism at the Baikonur Cosmodrome. 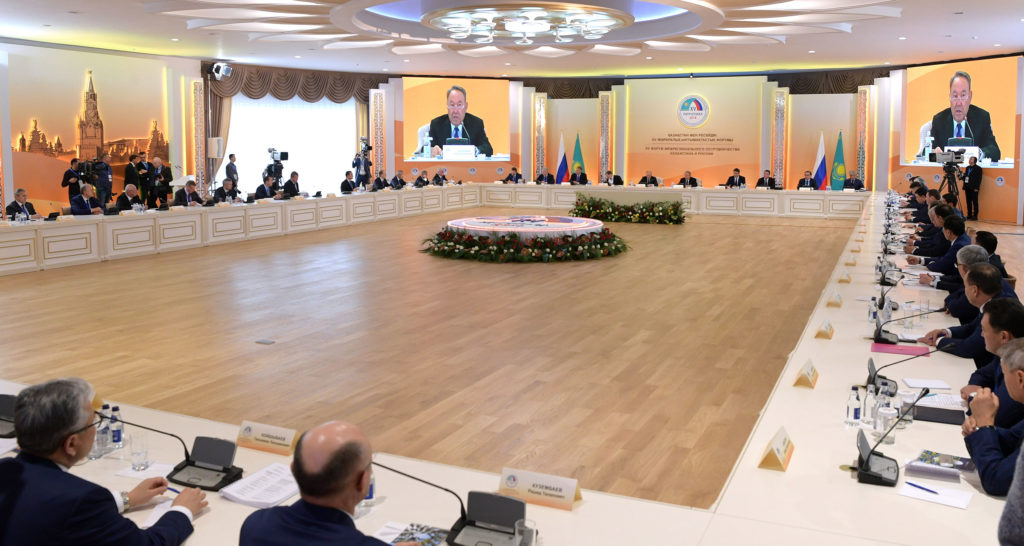 The presidents also met the previous day on the sidelines of the Collective Security Treaty Organisation summit in Astana.

This year’s forum in Petropavlovsk focused on tourism and attracted 500 participants from Kazakh and Russian national and regional government agencies and businesses.

Nazarbayev reminded the gathering that previous forums have produced 200 agreements that have given “a significant impetus to the development not only of the regions, but also of entire sectors of the economy of Kazakhstan and Russia.”

The two countries have traditionally cooperated in oil and gas, mining and metallurgical, agriculture and chemical production and now want to increase tourism cooperation.

“Tourism ia a theme that has not been explored yet. Elsewhere in the world, tourism accounts for 10 percent of GDP, but in our countries, the figure stands at only 1 percent,” Nazarbayev said. “We need to effectively use the opening opportunities.”

He added both “Russia and Kazakhstan have many attractive places where one can spend leisure time, and there is something to see. For instance, Russians, especially from the West Siberia, come to Borovoye, Balkhash and Alakol lakes in summer, in winter – to the Shymbulak ski resort in Almaty and other places.”

Putin agreed there is “significant potential” to cooperate on tourism.

“The infrastructure of checkpoints and the technical equipment on the Kazakh-Russian border do not correspond to the intensity of movement of persons and vehicles, that is why it is important for the governments of our countries to jointly resolve these issues,” Nazarbayev told the forum.

The forum also addressed increasing tourism on the Caspian Sea, including simplifying visa regimes and developing medical and educational tourism.

Kazakhstan is in the midst of a five-year tourism development programme and Nazarbayev suggested both countries create a joint action plan to develop road, rail and aviation infrastructure linking the two countries to increase tourism.

“I would say we should make this palette more interesting, more meaningful. For our part, we will make every effort to make this area of our cooperation come alive as it should,” Putin said.

This year’s forum resulted in the signing of several bilateral tourism cooperation agreements.

On forum’s sidelines, Kazakh and Russian companies held a tourism expo highlighting their products and services.

The previous forum took place in Chelyabinsk, Russia in November 2017.