ASTANA – The Caucasus and Central Asia (CCA) region demonstrated a dynamic and remarkable 4.1-percent economic growth in 2017 over the 2.5-percent increase in 2016 and the latest Regional Economic Outlook for the CCA released by the International Monetary Fund (IMF) forecasts growth to stabilise at 4 percent in 2018-2019 and approximately 4.1 percent in the mid-term. 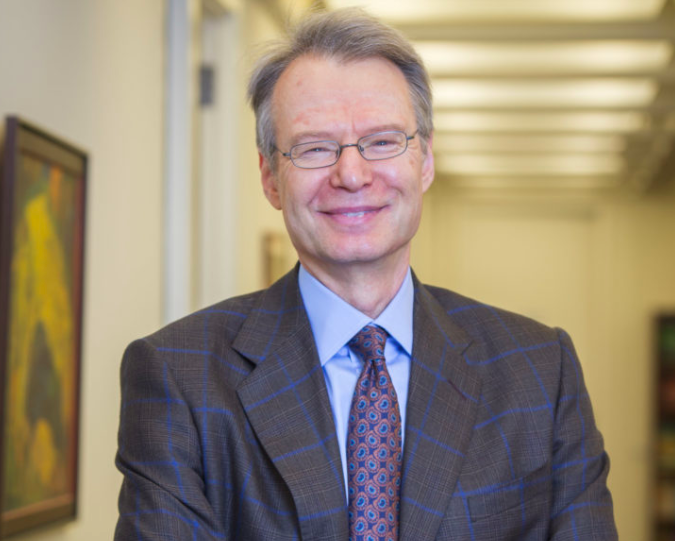 The countries, however, should not relax and must renew their efforts to improve the budget situation and continue reforms, said IMF Deputy Director for the Middle East and Central Asia Juha Kahkonen in an interview with The Astana Times.

Rising commodity prices, increasing fiscal spending and strong external demand facilitated the growth. The surge in commodity prices, which IMF expects to fade, should not lead countries to postpone their reforms.

“It is important for governments not to expect that this will continue. There should be no complacency and given that governments used the reserves that they had to stimulate the economy during the previous downturn, they should now start to create savings again,” he said.

The IMF forecast for Kazakhstan’s economic growth among major oil exporters is 3.7 percent this year, close to the 3.8 percent expected by the government. The country benefited from increased demand for metals and agricultural products, said the report.

“Lower commodity prices associated with a weaker global outlook would also worsen the external and fiscal positions of countries in the region. While financial linkages with advanced economies are relatively limited, an unexpected tightening of global financial conditions could also lead to capital flow reversals and sharp movements of exchange rates,” it added.

Kahkonen noted countries need to galvanise efforts to address new risks, including monetary tightening of U.S. and global trade tensions that could produce a negative impact through their effect on commodity prices and economic growth of key trading partners of the region.

“Countries need to take actions to shelter themselves from these pressures. But even if these risks do not materialise, countries should take action to raise growth in the medium to longer term, because otherwise they will not catch up any time soon with international competitors,” he said.

Flexible exchange rates, which he defined as “a natural shock absorber,” are central to protecting countries from external shocks and ensuring greater monetary independence.

Kazakhstan relinquished control of its currency in August 2015, switching to a floating exchange rate in response to the economic woes of its major trading partners, China and Russia, and low prices for its oil and metal exports.

“One thing is to keep the exchange rate flexible, because the lesson from the previous downturn when countries moved to floating exchange rates is that this can to some extent shelter the countries from external shocks,” he said.

“Given that countries have used their budgetary savings to stimulate the economies during the previous downturn, there is much less room now. Governments need to build new savings and budget deficit need to be reduced. If these risks materialise, governments have resources to act,” he added.

Policy changes in Uzbekistan and the Belt and Road Initiative (BRI), first announced by Chinese President Xi Jinping in Kazakhstan in 2013, also affect the economic potential of the region.

“The region and Kazakhstan are already benefiting from both initiatives. Uzbekistan’s opening up was great news for the region and there are already more trade and investments between the countries, but Uzbekistan is only at the beginning of its reforms and if the reforms succeed, there are plenty of further opportunities,” said Kahkonen.

He added the BRI project could improve Kazakhstan’s growth potential, a key participant of the initiative.

“Kazakhstan has been actively involved in the Belt and Road Initiative and there are many projects underway that are improving connectivity and improving transportation and other infrastructure,” he noted.

The countries should be careful in choosing projects to prevent them from being “settled with debt that would be difficult to pay back,” he added.

“There is plenty of room to make the growth more inclusive, so that growth benefits all and so further reforms are needed to improve the business climate and make the banking sector stronger,” he said.

To ensure progress, Kahkonen stressed the need to reduce the state’s footprint in the economy and provide an enabling environment for the private sector to thrive.

“The state should stay away from the productive sectors and it should provide public services, help strengthen the banking sector if needed, create rules and regulations that apply equally to all, reduce corruption [and provide a] public administration that is efficient. That is the best way to allow the private sector to expand in a sustained way,” he said.

Kazatomprom, the country’s major uranium operator which listed its shares on the London Stock Exchange earlier in November, is an example of the country’s ongoing IPO initiative.

The report said “successful completion of plans to conduct initial public offerings for major state-owned enterprises would send a strong signal that the role of the state is being meaningfully reduced and provide an opportunity for the private sector to increase its role in the economy.”

The report indicated the financial sector is still recovering from the financial crisis and is strained by deep structural factors including lack of competition, weak governance, a segmented credit market and weak regulation and supervision.

The Kazakh financial sector has been under pressure this year. Kazakh National Bank recently revoked licenses from three banks, Astana Bank, Eximbank and Qazaq Banki, all of which were criticised by Kazakh President Nursultan Nazarbayev in April about their poor performance.

In September, however, the central bank provided a 150 billion tenge (US$401 million) loan to Tsesna Bank, the nation’s second largest bank, to address its liquidity problems. One week later, bank shareholders recapitalised the bank by 40 billion tenge (US$106.95 million).

“Banking sector problems have been there for quite some time ever since the global financial crisis and the fact that banks have needed to be recapitalised several times is an indication that the underlining business model has not been right,” said Kahkonen.

The report called for the countries to enact fundamental reforms to ensure financial stability and resilience. Kazakhstan’s recent initiative to strengthen the central bank’s supervisory power is among such reforms.

“It is important now to make sure that banks will now operate in a different way based on commercial principles and there is certainly some hope given that the central bank is now getting new powers to supervise and regulate,” he said.