By Aidana Yergaliyeva in Business on 30 November 2018

ASTANA – The Kazakh government approved the draft law “On amendments to some legislative acts of the Republic of Kazakhstan on improving rehabilitation and bankruptcy procedures” at the Nov. 26 governmental meeting. 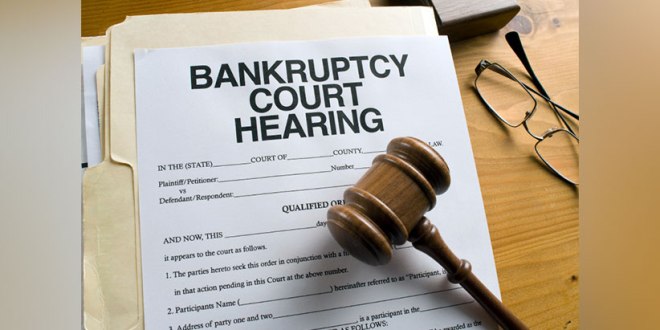 The draft law focuses on measures to reduce the time for rehabilitation and bankruptcy procedures and simplify liquidation of inactive debtors, said Minister of Finance Alikhan Smailov.

The need for the draft was intensified by the significant number of business entities undergoing the procedures. Approximately 4,000 business entities are currently involved in a bankruptcy procedure, while 400 enterprises are in a rehabilitation stage, he added.

The ministry feels one important change is the clarification of certain vague wordings in the laws. At present, a rehabilitation procedure application is filed with a notification of payment termination and of the fact that a debtor has an opportunity to restore solvency.

“The draft law proposes to facilitate this task: a court records a presence of unfulfilled obligations over three months and a fact of a ‘positive’ balance. This confirms a company’s ability to restore its financial position. Similarly, it works in bankruptcy,” said Smailov.

For bankruptcy, a court will need to establish the fact of a “negative” balance on the date of filing an application for declaring a debtor bankrupt as evidence of an entity’s insolvency.

In addition, the draft law will support rehabilitation of individual entrepreneurs. Under the current law, they cannot claim rehabilitation and are often forced to declare bankruptcy. The draft will cancel all arrests on a debtor’s accounts and property from the moment a court approves a rehabilitation plan.

“This will enable the company to proceed with the implementation of planned activities, without being distracted by litigation,” said Smailov.

The bankruptcy procedure can currently take up to eight months, as it requires participation by all creditors, which can be dozens, and sometimes hundreds in the meeting. The draft proposes optimising the process with a more mobile committee of creditors, a smaller group elected as a representative body, and requires creditors to file their bankruptcy claims within the expiration period.

The draft also suggests introducing a simplified procedure for debtor bankruptcy without the involvement of an administrator, which should eliminate unnecessary costs for debtors.

In addition, the ministry revised liabilities for intentional and false bankruptcy. As written, establishing the fact that the official removed a property before bankruptcy and therefore damaged the creditors’ interests will be sufficient.

“The proposed initiatives are expected to allow a 32 percent increase in the use of rehabilitation and bankruptcy procedures by business entities, reduce the time by up to 25 percent and the cost of their implementation by up to 40 percent, which will positively affect Kazakhstan’s position on the ‘Insolvency Resolution’ indicator in the World Bank’s Doing Business ranking,” said Smailov.