By Saltanat Boteu in Nation on 1 November 2018 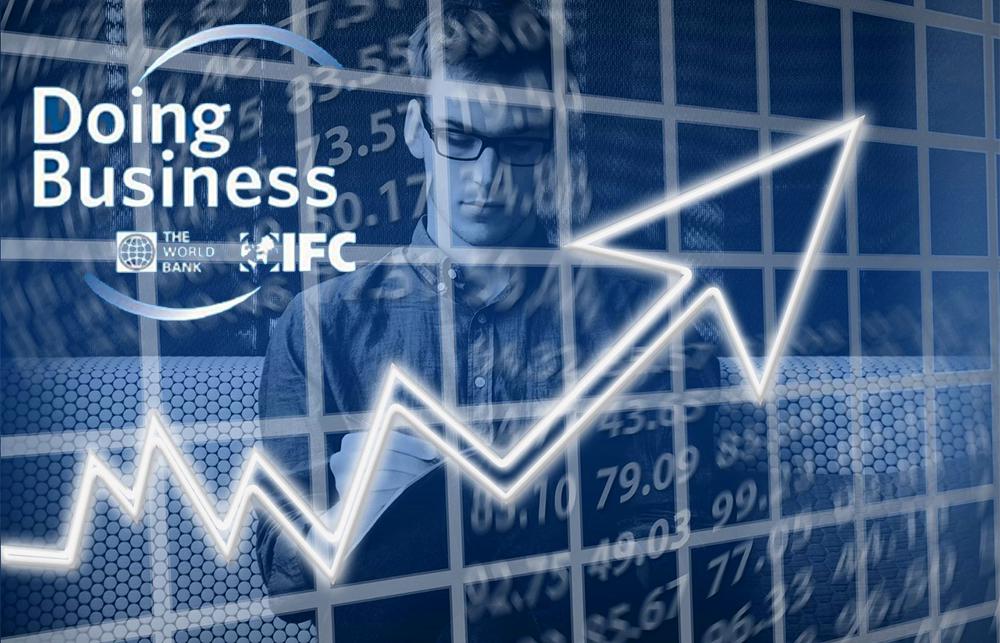 Kazakhstan improved in three areas of the Ease of Doing Business (EODB) score, including enforcing contracts, starting businesses and trading across borders.

Kazakhstan ranked 4th overall in enforcing contracts, improving its place to two points compared to last year. The contract process was simplified by the expansion of court automation. The introduction of an electronic case management system made possible the generation of performance measurement reports. Court decisions rendered in commercial cases on all levels also began to be published publicly.

In starting new businesses, Kazakhstan improved from 41th to 36th place. Kazakhstan simplified the process to start a new business by cutting post-registration procedures, such as tax registration, social security registration and licensing. In turn, this reduced the time spent on opening a business from nine to five days.

Kazakhstan trails only Azerbaijan (25th place) among countries of the Commonwealth of Independent States, while it is ahead of Eurasian Economic Union (EAEU) members such as Russia (31), Belarus (37), Armenia (41) and Kyrgyzstan (70).

New Zealand, Singapore, and Denmark kept their positions as the most business-friendly countries showing the best results. The top ten countries also include Hong Kong SAR of China, the Republic of Korea, Georgia, Norway, the United States, the United Kingdom, and the Former Yugoslav Republic of Macedonia.

“This jump of eight places is an objective reflection of the persistent work of the Kazakh government that has been implementing a special programme to improve business climate in the country for some time now,” Rakhim Oshakbayev, Director of the TALAP Centre for Applied Research, said in an interview for this story. He also noted the close interaction with the World Bank experts as well as advice provided to the Kazakh government by consultants from Georgia, which itself is ranked at number six this year, as further reasons for the success. 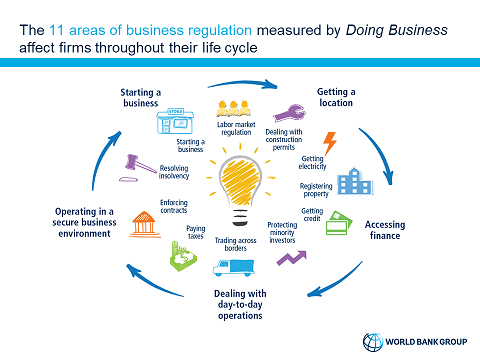 “Kazakhstan has finally entered the top 30 countries according to the Doing Business Report which covers 190 countries,” Olzhas Khudaibergenov, Senior Partner at CSI Group, said. “Overall, there’s improvement across all criteria, yet indicators for ease of international trade and access to financing are still low. The solution of these two key problems will allow raising the ranking even further, but, more importantly, will help create conditions for expediting the speed of economic growth.”

The 2019 Doing Business Report is the 16th in a series of annual reports investigating the regulations that influence business activities of local firms in 190 countries. The report examines the regulations for doing business in 11 areas of a business life, of which 10 are presented in the report. Those are starting a business, dealing with construction permits, getting electricity, registering property, getting credit, protecting minority investors, paying taxes, trading across borders, enforcing contracts and resolving insolvency.

The Doing Business Report relies on four main sources of information, which are the laws and regulations, Doing Business respondents, the governments of the studied countries and World Bank Group regional staff. The data is gathered through responses to questionnaires, conference calls, written correspondence and visits by the World Bank team.

“Since its launch in 2003, Doing Business has inspired more than 3,500 reforms in the 10 areas of business regulation measured by the report. This year, we observed a peak in reform activity worldwide – 128 economies undertook a record 314 reforms in 2017/18,” Jim Yong Kim, President of the World Bank Group, said in the foreword to the report.