In this interview, Trade Representative of the Russian Federation in Kazakhstan Alexander Yakovlev discussed new opportunities the strengthening of trade and economic relations that the Eurasian Economic Union (EAEU) offered to the two countries. 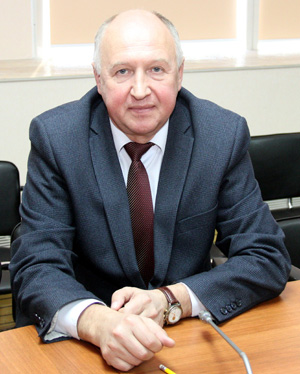 Looking at a new history of relations between Russia and Kazakhstan, what factors, in your opinion, played the most important positive role?

The Treaty on the Eurasian Economic Union (EAEU) that officially entered into force on Jan. 1, 2015 offers our countries additional, almost unprecedented benefits ensuring mutual access to large and geographically closely located markets, creates conditions for “barrier-free trade,” reducing transport costs, and developing a single labour market. The growing interest of foreign countries in expanding economic relations proves the attractiveness of the Eurasian Economic Union as a reliable and predictable partner.

What is the most important role of the EAEU?

We see the free mobility of capital and labour. Prospects are held out and a real opportunity is offered to develop new and quite large markets. The constantly improving legal and regulatory framework of the organisation ensures that the national interests and development context of each state are taken into account, and this process will continue considering the real needs to further deepen economic interaction.

For example, since the creation of the EAEU, Kazakhstan’s GDP has never shown a negative trend. Thus, in 2015 it grew by 1.2 percent, in 2016 by 1.1 percent, in 2017 by 4 percent. This positive trend goes on in 2018, and, consequently, Kazakhstan’s GDP growth is expected to range between 3.8 and 4 percent. Kazakhstan, being a member of the EAEU, shares with all other countries of the economic union all its achievements, including trade and investment growth. Thus, Kazakhstan’s foreign trade turnover increased by 25 percent in 2017 and reached about $77.6 billion, including $17.4 billion with the EAEU countries, a growth of 26 percent. Over eight months of 2018, the trade turnover of Kazakhstan with countries around the globe has increased by 21.6 percent.

What is the dynamics of relations between Russia and Kazakhstan in the post-Soviet economic space?

The trade turnover between Russia and Kazakhstan over eight months of 2018 has amounted to $11.3 billion (an increase of 8.3 percent). Exports from Kazakhstan to Russia grew by 13.3 percent, and imports from Russia to Kazakhstan by 6.2 percent. Overall, our mutual trade pattern is well differentiated. The main role here is played by 20-25 large companies of both countries that have learned to adequately interact with each other and control the market. However, our small and medium enterprises have not yet said their last word in foreign trade. This once again points out to the fact that our relations have a potential for increasing and improving the results of cooperation. I would like to note that Russian-Kazakh companies can and should not only pass the $25 billion mark within three years, but also reach far more significant figures. Statistics show that the trade turnover of the member countries of the union is growing steadily, and all the EAEU states have expanded their presence in foreign markets.

Does the EAEU contribute to the mutual development of the economies of the participating countries?

For sure. The economic performance of the Eurasian Economic Union shows that the decision to establish it was timely and correct. It was beneficial to all participants. Let me give some more statistics. For example, the gross inflow of direct investment from the Russian Federation to the Republic of Kazakhstan from 2005 to the first half of 2018 was $12.6 billion, its share in the total volume of Kazakhstan was 4.5 percent.

At present, about 100 large Russian-Kazakh projects totalling about $20 billion are operating and are being planned for implementation in Kazakhstan. At the same time, expanding the range of competitive high value-added products is important for Russia and Kazakhstan.

How actively is the format of joint ventures used in Russia and Kazakhstan?

The number of enterprises operating in Kazakhstan with the Russian participation is an important indicator of the development of bilateral trade and economic relations. The creation and successful operation of joint ventures contribute to the modernisation and development of the economies of both countries. I would like to note that as of Oct.r 1, 2018, more than 31,000 joint ventures with foreign participation were registered in Kazakhstan. Nine thousand-nine hundred of them are Russian-Kazakh. Their number keeps growing. The number of operating enterprises with Russian participation is more than 6,000.

Based on your extensive experience as a sales representative, can you tell us which measures and decisions are most beneficial for mutual economic cooperation between Russia and Kazakhstan?

In order to ensure a balanced economy and reduce negative phenomena due to the influence of internal or external factors, we should bring together and closely coordinate the actions taken. The governments of our countries conduct systematic work in this direction.

Every year, an Interregional Cooperation Forum is held between the Russian Federation and Kazakhstan with the participation of heads of state. The 14th Forum was held in Chelyabinsk on Nov. 9, 2017. It was dedicated to human capital development and was attended by President of the Russian Federation Vladimir Putin and President ofKazakhstan Nursultan Nazarbayev, regional leaders, representatives of state agencies, business circles, as well as experts and specialists in science and education of the two countries. During the Forum, 10 documents were signed.

On Nov. 9, 2018, the 15th Interregional Cooperation Forum between Russia and Kazakhstan will be held in Petropavlovsk (Kazakhstan) with the participation of the heads of state on the theme “New approaches and trends in the tourism development in Russia and Kazakhstan” On its “margins” it is planned to sign a number of intergovernmental, interagency and interregional agreements, as well as other documents between the business communities.

An important mechanism that determines the main directions of trade, economic and investment cooperation is the intergovernmental commission, which addresses current issues of interaction in the field of industry, agricultural, industrial, fuel and energy sectors, transport, science and new technology, investment, banking and other areas. The 20th meeting of the commission, held on Oct. 26, 2018 in Kazan, gave a new impetus to our business partnership. During the activities of the Intergovernmental Commission on Cooperation between Russia and Kazakhstan, 17 issues were considered.

In the future, our efforts will be focused on the implementation of the Russia-Kazakhstan Country Action Plan for 2018-2020 aimed at increasing trade turnover, export of Russian goods (mainly due to high value-added goods) to Kazakhstan, as well as facilitating the entry into the Russian market for Kazakh producers.