By Zhanna Shayakhmetova in Business on 16 November 2018 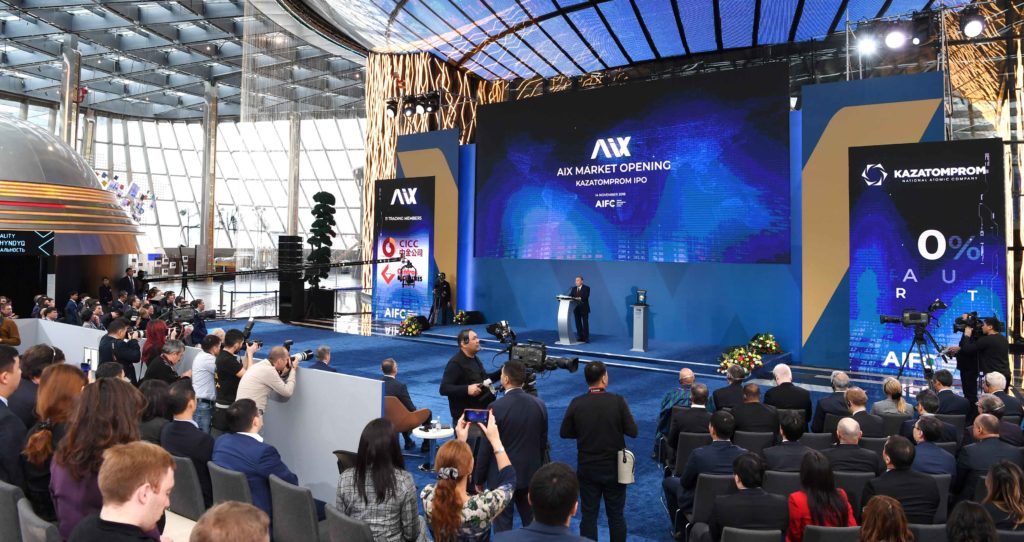 The Kazatomprom national atomic company, which produces 20 percent of the world’s uranium, became the first company to be listed on the stock exchange.

“Since then, the economy grew significantly, and people’s standard of living increased. The major reforms are being implemented in the country. The launch of the AIFC is a major step in the sustainable development of our country,” he said.

The AIFC should become the main financial hub of the region and one of the leading financial centres in Asia.

“The financial centre gave Astana a new status of a financial capital. Astana’s position rose by 27 points in the Global Financial Centres Index (GFCI). Astana will continue to develop as a smart city providing comfortable conditions for its residents and visitors,” said the President.

“We plan to place the shares of Kazakhtelecom, Air Astana, KazMunayGas and other national companies on the stock exchange in the future. The AIFC will make its contribution to attracting foreign capital and bringing the stock market to a new level. We invited leading partners and experts and created favourable conditions for its participants,” he said. 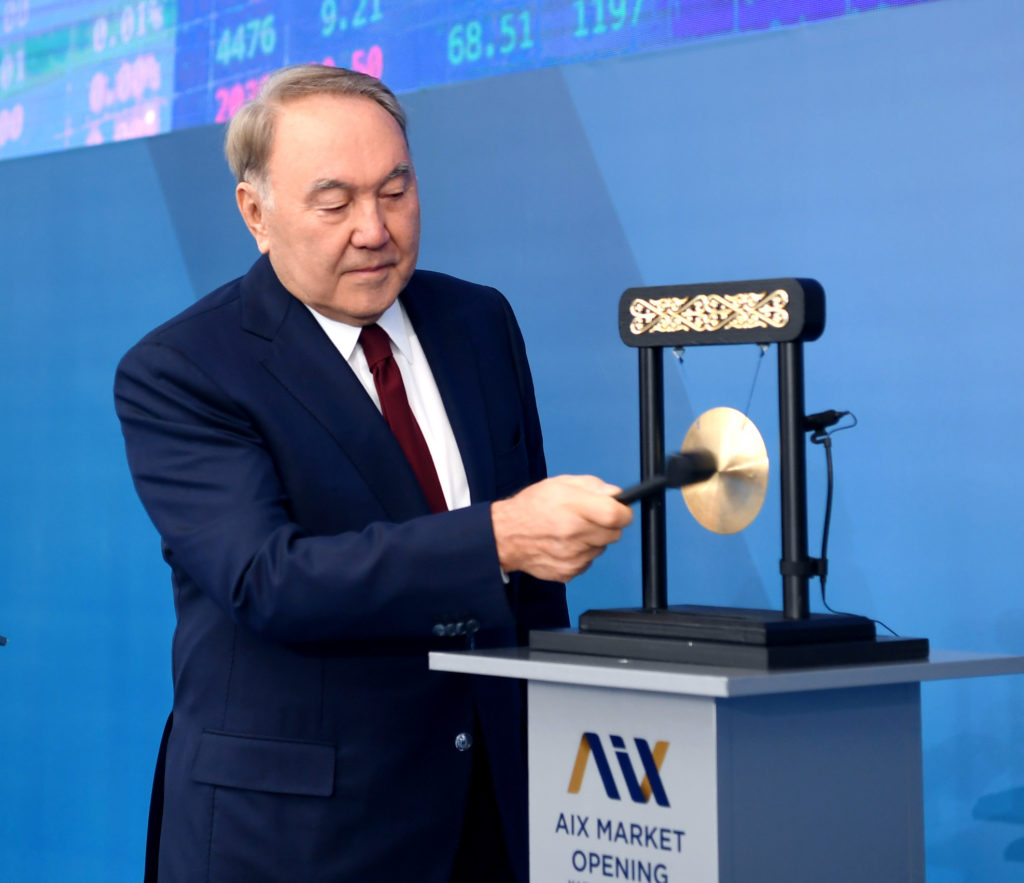 All the initiatives seek to improve the lives of the population and increase Kazakhstan’s competitiveness.

“Today, we take a major step. The Kazatomprom national company successfully placed its shares for the initial public offering on the London Stock Exchange and the AIFC Exchange. Foreign and domestic investors showed interest in this. Some 49 foreign, 16 domestic legal entities and 2,700 Kazakh citizens took part in the IPO,” said Chairman of the Board of the Samruk Kazyna Sovereign Wealth Fund Akhmetzhan Yessimov.

According to Kazatomprom, the price for one share was $11.60 per GDR. About 7.8 million shares of the company are available on the AIX. 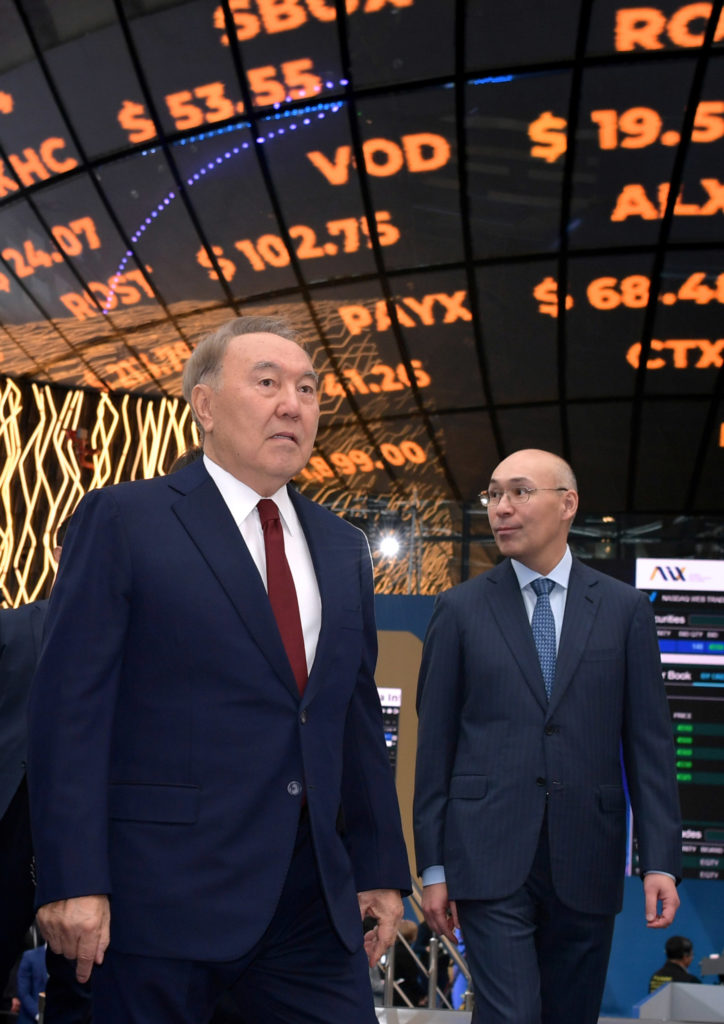 “This year, the AIFC ranks 61 and we plan to join the top 50 international financial centres in the next three years. Eighty-eight companies have already registered and we plan that up to 500 companies will be registered by the end of 2020. The first transactions were launched on our stock exchange. We successfully placed the bonds of Kazakhtelecom national company. Today, our stock exchange serves as a launching platform for trading the shares of Kazatomprom. And we hope that the AIFC will be the same launching platform as Baikonur for the space industry,” said AIFC Governor Kairat Kelimbetov.

The AIX was established in 2017 as part of the 100 Concrete Steps Plan of the Nation. Currently, 11 local and global brokers are working on the AIX. The AIX’s shareholders include AIFC, Goldman Sachs, Shanghai Stock Exchange, the Silk Road Fund and NASDAQ, which also provides the trading platform for AIX.