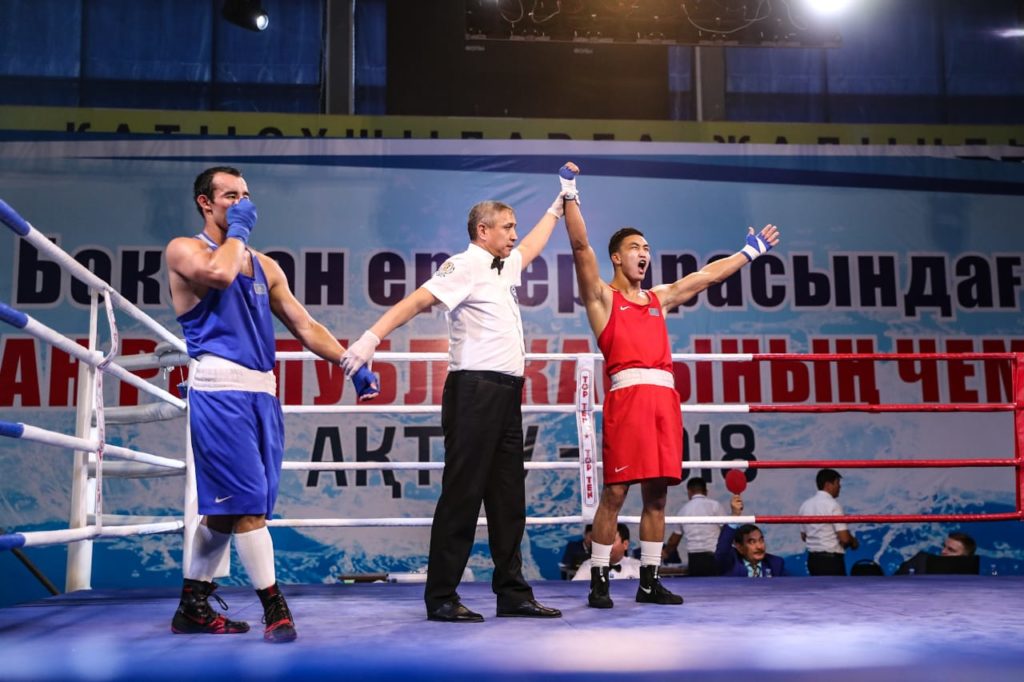 The championship drew both boxing veterans, including Vasily Levit, also silver medallist of the 2016 Rio Olympic Games, and young boxers, such as 20-year-old Orazbek Assylkulov from the Akmola region and 21-year-old Saken Bibosynov from the Turkestan region.

Competing in the up to 91-kg category and representing Astana, Levit is now a three-time national champion. He won 5:0 over Bekzat Nurdauletov from the Mangistau region.

“I have not been taking part in the championship of Kazakhstan for a while. The last time was in 2012. After these years, I can say that all contenders are very capable. I reached my main goal and now I will be working on my mistakes,” said Levit at a press conference.

In an 81-kg category, Bek Nurmaganbet settled for a gold medal without a fight, after his opponent Mikhail Kohanchik from Rudnyi in the Kostanai region withdrew from the championship due to his injury.

Kairat Yeraliyev, 28, from the Turkestan region, was the winner in 56-kg category, beating 20-year-old Orazbek Asylkulov from the Akmola region, who for the first time made it to the finals. Asylkulov was named to the national team.

Twenty-one-year-old Saken Bibosynov, part of the national team, yielded in a fight to Anvar Muzaparov in a 52-kg weight category.

Nineteen-year-old Asian youth champion Sanatali Toltayev was named champion in 64-kg category, where he faced 23-year-old Bekdaulet Ibragimov. The fight, however, ended in a second round, after Ibragimov was injured.

“I can not express how happy I am. Bekdaulet Ibragimov is a very strong opponent. I was preparing hard and I am happy that I won,” said Toltayev.

“New athletes in the team are Saken Bibosynov and Orazbek Asylkulov. Of course, several positions changed. Those on the fourth place moved to third ones and second ones. As you know, team captain Adilbek Niyazymbetov in the 81-kg category finished his carrier. But most retained positions. Good thing is that this championship had many young boxers and experienced boxers who demonstrated good boxing,” said Aitzhanov.

“I believe, and as many would probably agree, the championship was at very high level. Every day there were intense fights. They fought hard for a victory,” he said.

“Someone may think about the age of Levit or Yeraliyev. They will make the decision to leave on their own, when time comes. As long as they are in the team showing strength, they are showing very high level. 18-year-olds and 19-year-olds will grow with them. There will be continuity. Though it will take one and a half or two years for youth to get strong and continue their path,” said Aitzhanov.

The national team will start preparing for the two key events of 2019 – Asian and world championships – in January that will culminate in 2020 Olympic Games in Tokyo, where the Amateur International Boxing Association (AIBA) plans to cut the number of men’s weight divisions from current 10 to eight.