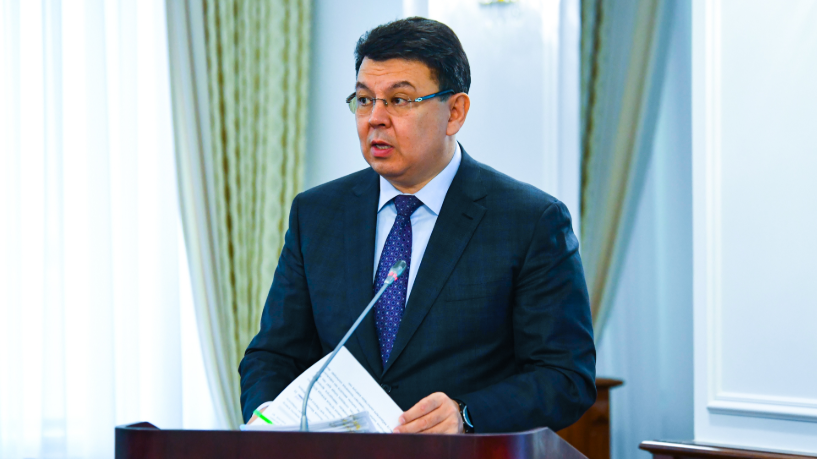 Since the launch of the 2016 energy efficiency map, a national unified list of energy saving and efficiency projects, 68 projects for 15 billion tenge (US$40.94 million) have been initiated. Twelve use energy service contract mechanisms and public-private partnerships.

The KazMunayGas group of oil-producing companies decreased its consumption of fuel and energy resources by 1 percent in 2017 compared to 2016. In monetary terms, the cost savings was 410 million tenge (US$1.12 million), reported Minister of Energy Kanat Bozumbayev. As a result of more than 80 energy efficiency measures, the total savings of energy resources was more than 12 million kW of electricity, 2,000 gigacalorie (Gcal) of thermal energy, eight billion cubic metres of natural gas and 15,000 tonnes of boiler and furnace fuel.

“Work will continue until 2021 in the exploration-mining sector of the KazMunayGas group. There are plans to reduce the consumption of energy resources by 4.5 million gigajoule (GJ). I would like to note the multiplicative effect of the modernisation of our plants,” he said.

The Ministry of Energy revised energy consumption this year in all major Kazakh fuel and energy complex enterprises. The results of energy audits of 35 energy-producing and 19 energy-transmitting organisations showed expenses can be reduced on average up to 30 percent.

The available data on reducing industrial energy intensity as a whole, however, was criticised as being too general. The statistics do not indicate whether energy consumption was reduced in producing individual products or was the result of production cuts.

The ministry, in conjunction with the United Nations Development Programme (UNDP) and the Damu Entrepreneurship Development Fund, has started providing subsidies and project guarantees to support energy service projects. To date, 28 projects have received such support.

Eighty-five state and socially significant facilities were selected under a $21.7-million project with the World Bank. The plan focuses on improving the working and training conditions of more than 50,000 people. The government is also joining with UNDP on two projects totalling $10 million.

In 2016, the ministry created the state energy registry automated information system as a tool to control energy consumption. It currently contains more than 5,000 organisations.

The system has been running in test mode this year. Nearly 40 percent of those registered provided their energy consumption details online. The ministry plans to consolidate this at the legislative level, said Kassymbek.

The Ministry of Energy also believes full coverage of the electricity commercial metering automated system is one of the most effective measures in preventing losses in electrical networks. The investment programmes will provide for installing the system at all levels of electrical power transmission to the final consumer, said Bozumbayev.