By Dilshat Zhussupova in Astana on 12 November 2018 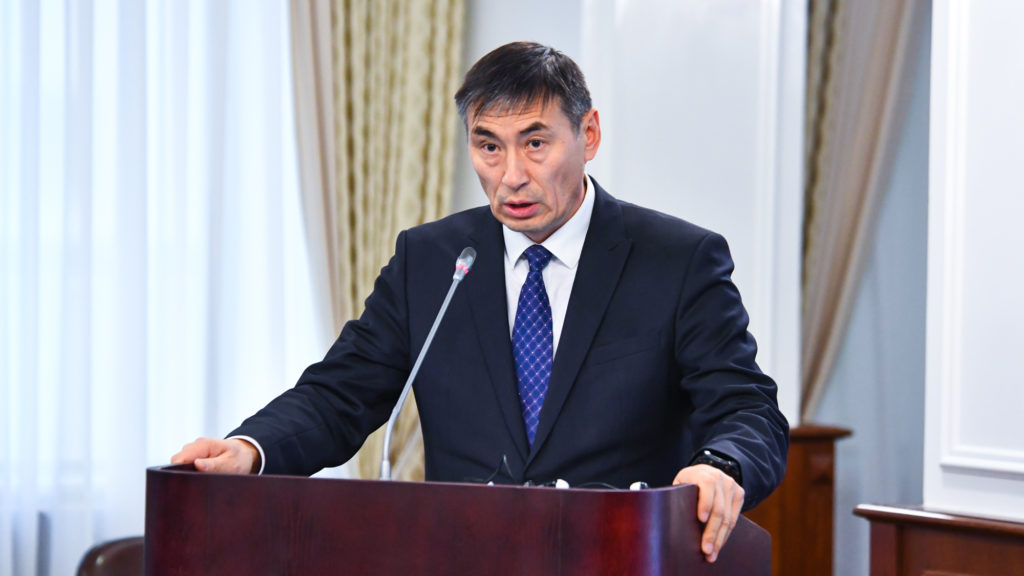 Kazakh President Nursultan Nazarbayev directed the Ministry of Agriculture to develop the stable supply of domestic food products to Astana, for which a two-year road map was initially drawn out.

Evniyev also reported that 92 projects within 50 kilometres of Astana were identified and implemented, which the Ministry of Agriculture’s project office monitored on a weekly basis.

The 2018-2021 draft roadmap centres on developing production within the food belt zone, ensuring a stable supply of food products from other regions that are not feasible to produce within this zone, building trade and logistics infrastructure and implementing protections against unsafe products.

At the meeting, Prime Minister Bakytzhan Sagintayev specified areas of improvement regarding the draft roadmap.

Although the roadmap addresses food availability, the prices at which products reach the final consumer must not be overlooked. The agriculture and national economy ministries and city akimats (administration) are to keep the food belts’ prices under special control.

In addition, more than 20 measures on Astana’s stable food supply were put forward in the updated road map, for which the ministries and city akimats are to establish performance indicators to assess efficacy. Also, construction of Astana’s wholesale distribution centre is to continue at a quicker pace, according to the latest roadmap.