By Zhanna Shayakhmetova in Business on 14 November 2018 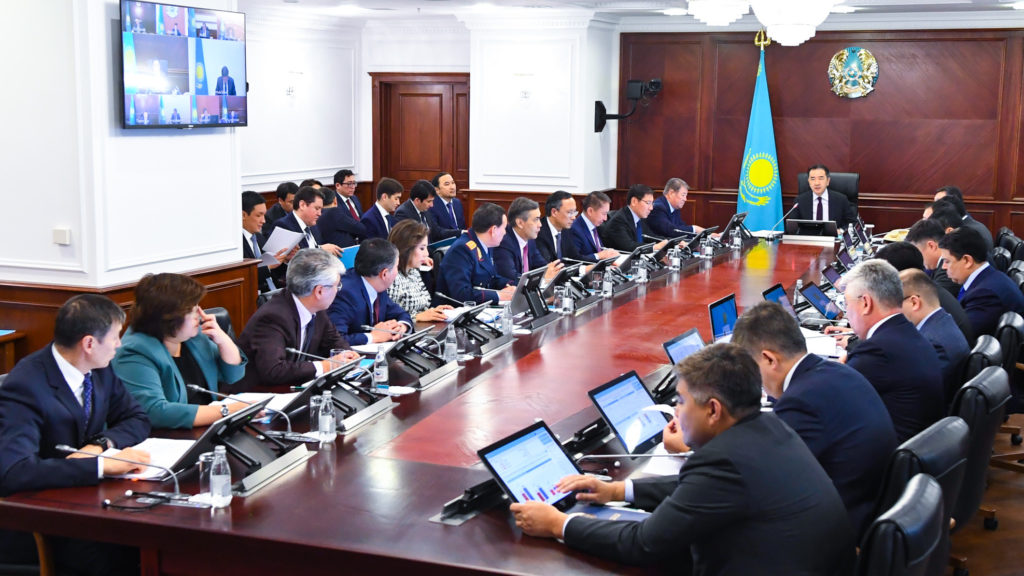 “The high investment activity, a slowdown in inflation processes and an increase in production in the basic sectors of the economy contributed to the economic growth. Investment demand is also growing. Investments in fixed assets increased by 20.8 percent. The production increase amounted to 4.7 percent, with the growth of the manufacturing industry outpacing the mining industry,” he said.

The mining industry increased by 4.6 percent due to increased production in iron ore, coal and lignite, natural gas, oil and non-ferrous metal ore.

“The growth is due to an increase in the construction of residential buildings, industrial facilities, the reconstruction of roads and the modernisation of the Shymkent refinery,” he added.

Output is increasing in the non-trading sector due to the expanded real economic sector. Service production grew by 4 percent, trade by 7.2 percent and transport by 4.5 percent.

International trade also showed solid growth with an eight-month increase of 21.6 percent. Exports increased by 28.2 percent due to the increased supply of oil and natural gas, agricultural products, aluminium and copper ores.

In the labour market, 414,500 people have been employed since the beginning of the year. Salaries are growing at a moderate pace, with the average monthly salary increasing to 158,200 tenge (US$422) in January – September.

The bank announced plans to increase the base rate from 9 to 9.25 percent. The change allows increasing demand for tenge and assets and retaining convenient conditions for cash loans.

Banks approved 2,900 loan applications for 35 billion tenge (US$94 million) as part of the 7-20-25 housing lending programme. The National Bank conducts explanatory work among the population through a 24/7 call centre. Baspana, a Kazakh construction company, will launch the project, which will help to assess opportunities for online programme participation in the near future.