By Aidana Yergaliyeva in People on 4 November 2018

ASTANA – Kazakhstan 100 New Face’s entrepreneur and Paralympic sportsperson Shahan Zholdasbayev directs all of his power and will towards creating an inclusive society by constructing ramps that allow people with limited mobility to easily move around the city. He expanded the social Pandus-Ok project into a company and now builds cost-effective lifts to help them feel like full members of society. 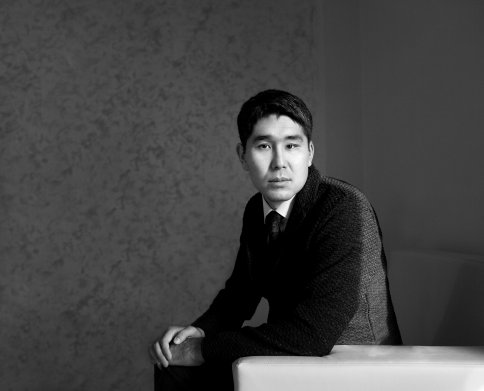 For Zholdasbayev, 2007 was the year he was forced to redress his life after a terrifying car accident tied him to a wheelchair without a chance to walk again. He could hardly imagine how to move around the city on his own.

He recalls moments of despair, tears and gloom. He was responsible for his two little sisters and elderly mother, however, and decided to stay strong and move forward. Zholdasbayev realised the infrastructure built by those who have never experienced a day of a person in a wheelchair utterly disregards how difficult it is for them to enter a Kazakh high-rise building. In many cases, ramps are uncomfortable and dangerous or not provided at all.

Having some background in engineering and understanding the struggles of wheelchair life, Zholdasbayev developed a business idea that won two million tenge (US$5,396) for its realisation at the 2013 Atameken Start-up competition. The following year he launched Pandus-Ok with the slogan “Don’t build for us without us.” His social project is now recognised as one of the best in the Aktobe region and the only one licensed to organise access for people with limited mobility.

To date, the company has done more than 70 projects to partially or comprehensively adapt buildings and surrounding areas. They have become popular throughout Kazakhstan and in some Russian cities. 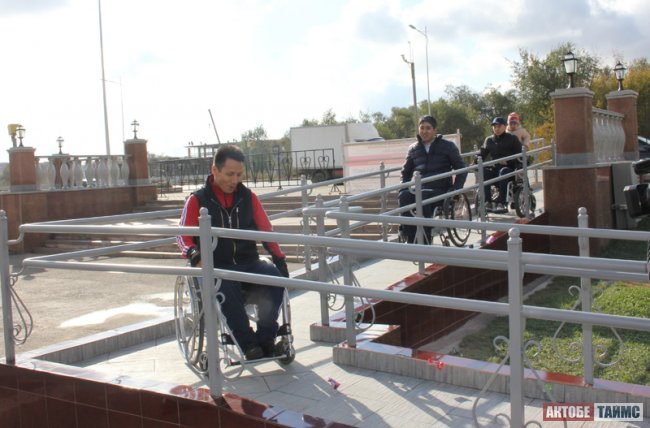 The company has expanded its focus from ramps to other means of easier entrance.

“We realised that many buildings cannot afford to build a good, long ramp that meets the standards due to the lack of production space. Then, we thought about the production of lifts,” said Zholdasbayev.

The first such lift was installed in the President’s Central Park in Aktobe. The project received support from the city akimat (administration).

“Good foreign analogues were very expensive, approximately two-three million tenge (US$5,396-$8,094.). For a customer, they were unaffordable. As a user of this structure, cheaper Russian-made models did not suit me because of the flimsy, unreliable construction and the absence of handrails. We thought about our own production, developed a project and implemented it,” he added.

Zholdasbayev focused on making a lift system as high quality yet as inexpensive as possible.

“In 2015, I visited the United States at the invitation of their embassy ​​and saw their inclusive environment. I intend to realise this accessibility in our country as well,” he said.

A year after his accident he joined the Society for the Protection of Paralysed in Aktobe, where he was motivated to participate in Paralympic swimming. Completing 100 metres in 2 minutes, 23 seconds, Zholdasbayev won the bronze medal in the German open championship for people with disabilities.

Being listed among Kazakhstan’s 100 New Faces was another achievement that made one more dream on his bucket list a reality – meeting Kazakh President Nursultan Nazarbayev.

“Shortly before the accident, when I worked in Astana at the Ministry of Environmental Protection fulfilling one of my official assignments, I managed to visit the Akorda building. I came from a small village and walking along the main building of our republic, I imagined meeting the President, because he works within these walls. Then, I set myself a goal that I will definitely succeed and deserve this meeting,” said Zholdasbayev.